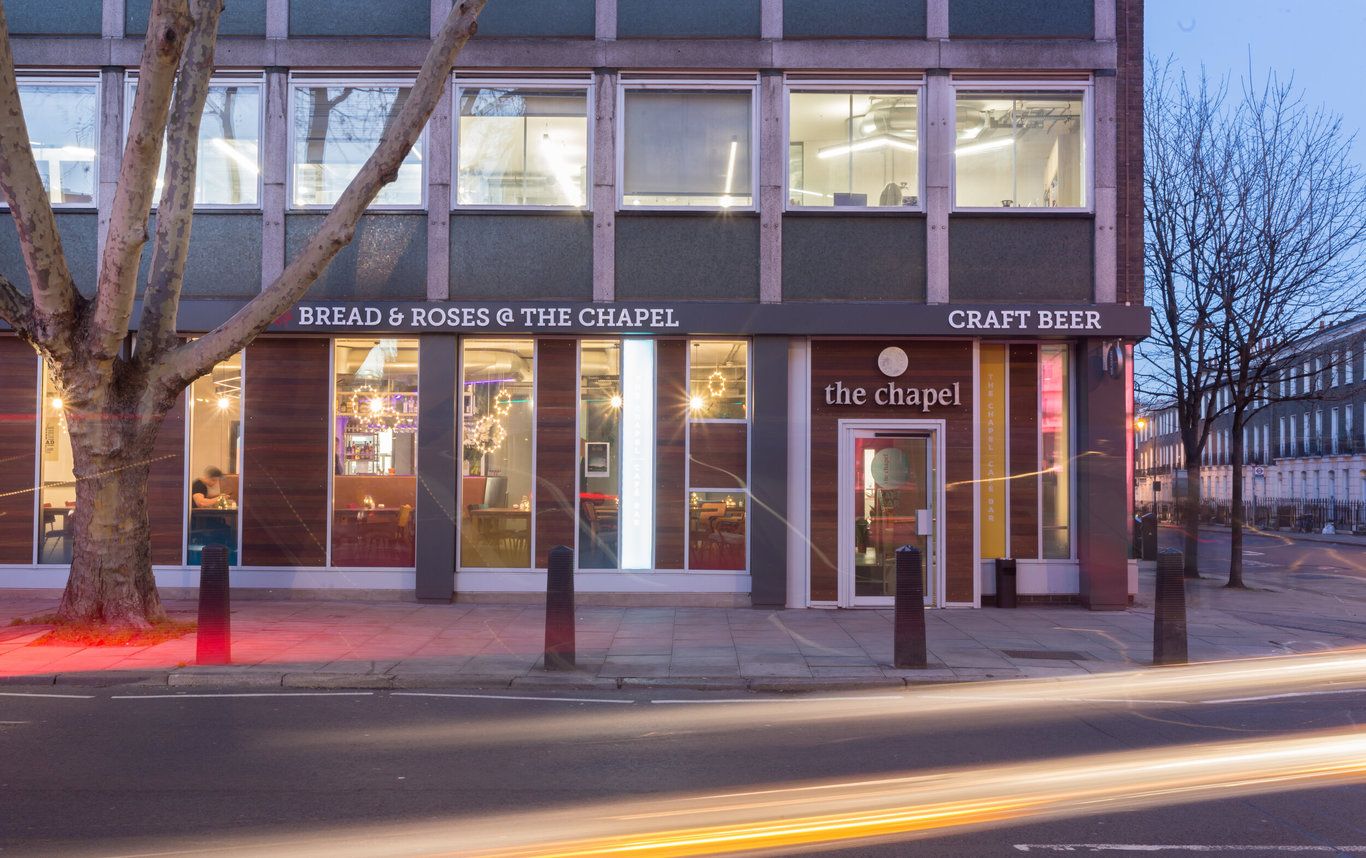 Back in the day, when looking for distraction in King’s Cross (of an eating or drinking kind, that is), you might routinely head south up Gray’s Inn Road towards, say, 6 Chad’s Place, Smithy’s or old-school gig venue Water Rats.

Nowadays, with the mighty epicurean thrust of both Pancras and Granary Squares, not to mention Coal Drops Yard and the reborn lower Caledonian Road, it’s easy to forget there are options along this stretch of KX with a WC1 postcode.

Bread and Roses at The Chapel is a newish arrival which, like the marvellous nearby Racketeer, is worth hunting out. Sister pub to its eponymous flagship in Clapham, which opened back in 1996 (and since 2013 has run a stage at Glasto), its main draw is probably its downstairs venue The Chapel Playhouse.

Opened in January 2019, this fringe theatre offers an eclectic line-up of theatre, comedy, cabaret and music, all of it in the cutting-edge arena. It also hosted some of this year’s Camden Fringe. 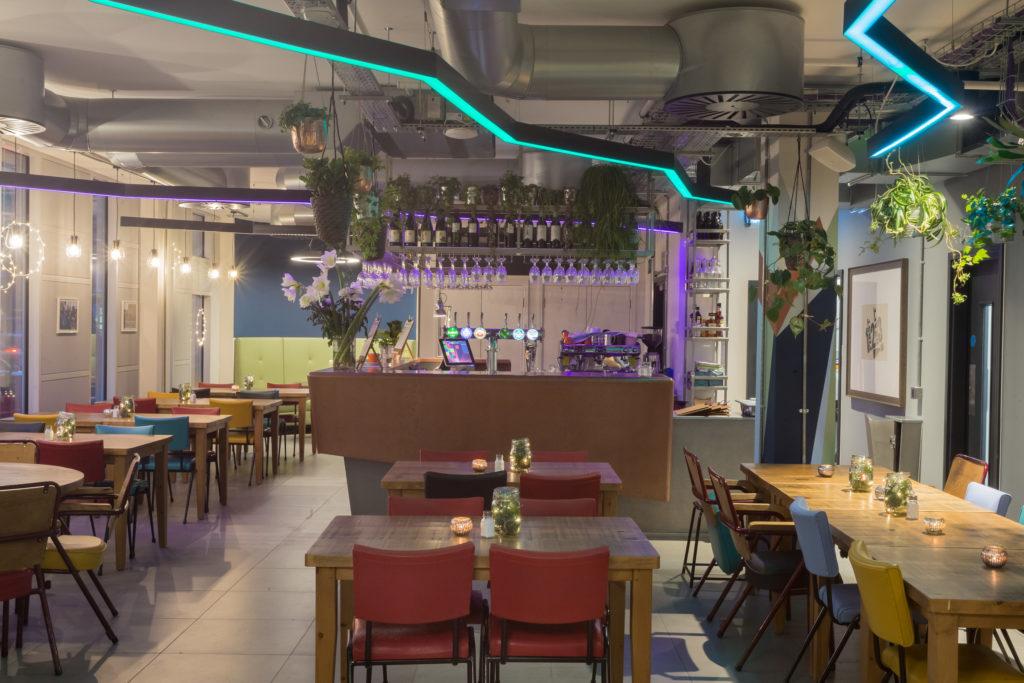 Meanwhile up at ground level is the pub itself, with craft beers from Hackney Brewery, a typically zeitgeisty wine selection, a range of the usual cocktails, and grub provided by Brick Lane’s Dominican grub dons Que Que London. On the menu expect everything from grilled chicken to grilled plantain boats and aubergine and cassava salads.

So far, so yum. And if you’re as much of an etymology geek as us, you’ll enjoy the fact that the pub is named after a 1912 strike of women textile workers in Massachusetts, when banners were made calling for “bread and roses”. This in turn came from a poem written by James Oppenheim and has become a “trademark song for women trade unionists around the world”, say the owners.

So there you have it: top booze, interesting streetfood, arty performances – and a backstory to boot. It might just be worth swerving N1C next time you step out of the tube at crazy old King’s Cross.

The Bread & Roses at the Chapel is open daily 12midday – 11pm at 308 Gray’s Inn Road WC1X 8DP. Find out what’s on the Xmas at the Chapel Playhouse here.