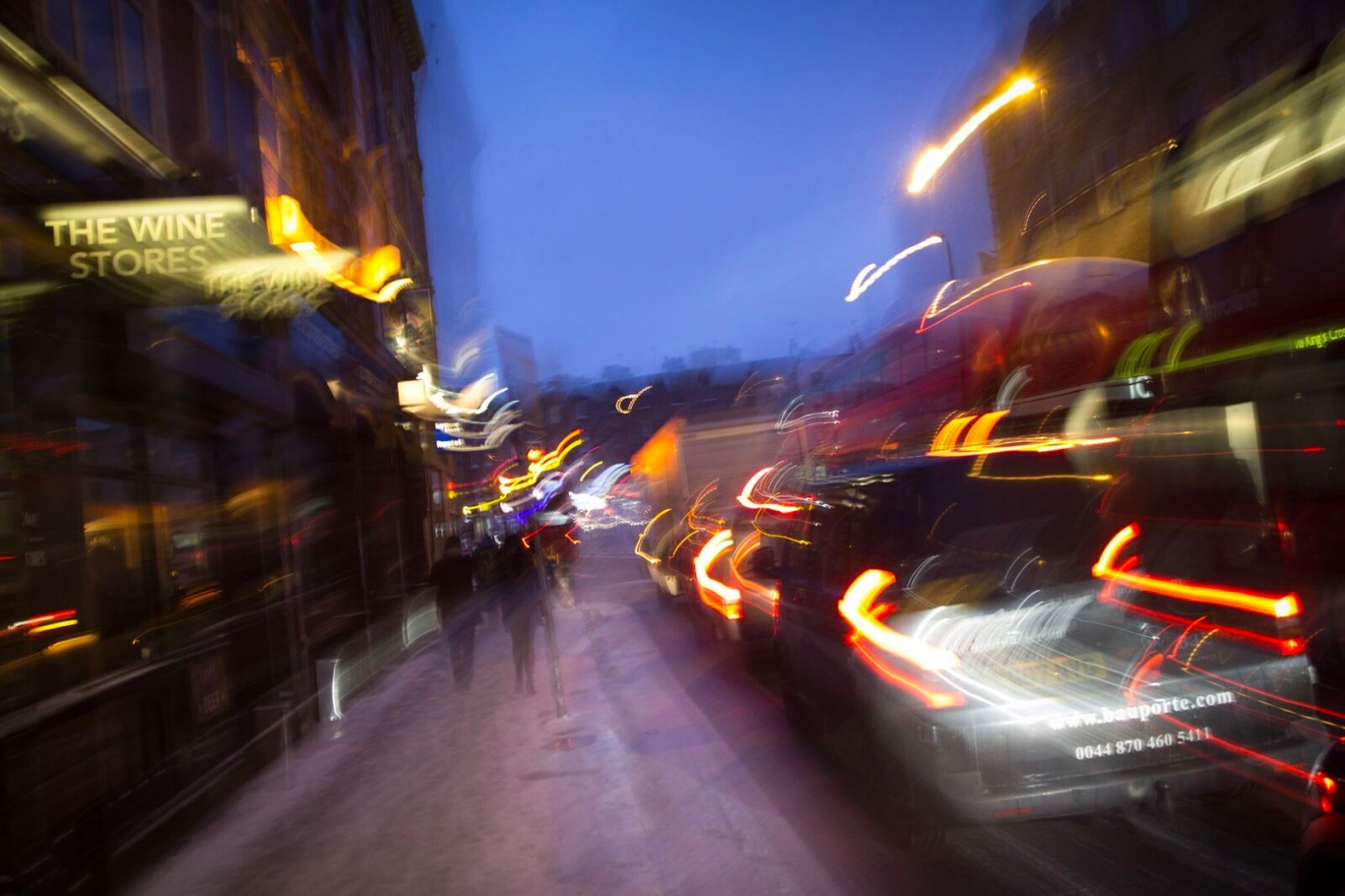 The ultimate guide to Cally Road

Where to eat, drink and check out on one of London's most underrated thoroughfares

It’s never really changed, has it? Caledonian Road, that is. I’ve been knocking round these parts for over 20 years and three-quarters of it is exactly the same as it always was: a handy mix of utilitarian shops, a truly ethnically diverse population (and deep-rooted Irish community), plus the odd smattering of, um, ponciness: well, it does rub up against the wealth of Barnsbury and Islington, after all.

Such constancy is more admirable considering it’s now face-to-face with the almighty King’s Cross juggernaut; and yet if the Cally Road was an emoji, it would be the girl in the purple top, hands in the air, shrugging. Meh.

It’s fair to say that the lower quarter-mile, south of the Regent’s canal at Thornhill Bridge, has always had more airs and graces, and it now boasts a heady mix of bars, cafes and independent stores. And when taking a stroll up its length, don’t miss the acclaimed graffiti and murals, from the likes of Pegasus, whose work can be found on Tilloch Street to Louis Masai’s colourful birds and a captivating spacegirl by Jimmy C.

So what’s the backstory? A mile-and-a-half long, the Cally links two areas of north London, the eastern slopes of Camden Road and Pentonville Road in the south. Originally known as Chalk Road, it was constructed in 1826 to link the Great North Road (now Holloway Road) with the West End. The name change occurred after the imposing sounding Royal Caledonian Asylum for the children of exiled Scots was built in 1828 (its site being now occupied by the Caledonian Estate).

The street is also famous for cattle drovers passing along it on their way to Smithfield, at least until 1852 when the City of London transferred the Metropolitan Cattle Market to what’s now lofty Caledonian Park, where the atmospheric clock tower still stands. While you’re up at that end, don’t forget to take a look at the exterior of the nearly 200-year-old Pentonville Prison.

First things first: coffee. Need an espresso? Try multi-tasking smartly-named Harold And Leslie (#343) up by the Overground station, which serves Caravan beans (as well as delicious sausage rolls) on vintage furniture, complete with a hair salon at the back; or, down at the other end, House of Morocco (#82), which matches soft furnishings with cups by artisan Italian roastery Terrone. But don’t forget their mint tea, too.

The street excels at food from every corner of the world: try the longstanding Iberia (#294) for Georgian cuisine, or a little further south, fill up on spongy injera and doro wot at two Ethiopian institutions, corner landmark Marathon (#193) and Addis (#40).

Down on the busiest stretch, where Cally Road hits central King’s Cross, is a plethora of eating options: the VX Vegan Boutique (#73), the UK’s first 100% vegan cafe and store, dishes up zeitgeisty plant-based junk food, but be prepared to queue at busy times; nearby is Supawan (#38) for southern Thai (recently raved about by Sunday Times critic Marina O’Loughlin), the Burrito café 10(#10), wood-fired pizza at Nenno (#14), the innovative Middl Eat and old-fashioned Brit staples at Piebury Corner (#3). Vegetarian joint New Roots (#346) was closed on our most recent visit, but is hopefully reopening soon.

It’s not a street famed for its boozers, but search a bit deeper and top quality watering holes line the stretch. Start at the Thornhill Arms (#148, pictured), with its ornate Victorian façade shinily restored; but don’t be fooled, this is no gastropub. Inside are simple tables and a cheap less-than-a-fiver lunchtime only food menu (earthier still is sports pub the Tarmon, a few minutes’ walk north at #270).

Head south for a drink at the many-floored pub-bar-club The Driver (2 Wharfdale Road), before settling in for the night at the wonderful wood-panelled King Charles 1 on adjoining Northdown St. Also home to the weekly King’s Cross Food Assembly (Sundays 1-9pm) this one’s a genuine diamond, complete with roaring fire – although you may have to fight the after-work crowd space.

Late night negroni, perhaps? Hit the original branch of once-studenty Simmons (#32), a chain that’s now seeped across the capital, or the superior Drink Shop & Do (#9), with its arty events downstairs. And our top tip: once a month (every first weekend) up by the Overground, superior local craft Hammerton Brewery flings opens its doors on Fridays and Saturday nights: it’s always rammed, with something of a mash-up crowd on our last visit – not to mention top quality pints of the potent IPA known as N7.

It’s indie retail heaven: make haste to Cubitts (#97) for an on-point well-priced pair of specs (from £125); House Of Morocco (#82) for rugs, stools and mirrors; the colourful Aflorum (#36) for flowers and plants; Shoe Spa (#80) to reboot your old kicks; Sun Flour (#263) for old-fashioned bakery goods; and Trident Pottery centre (#84) for ceramics (it’s been going thirty years, y’know).

Finally, health and fitness lovers rejoice: inimitable Cally Pool is there for a length or two in the chlorine, while yogis will flock to Studio One, and there’s Thai massage at Ying Thai, and even a Tibetan Buddhist Meditation Centre (#330).

MUST DO: Our top 5 tips on the Cally

“I grew up on the street, and this premises used to be my local fish-and-chip shop as a child, so I have many fond memories of the place,” says owner Mabel Lee of her new airy, low-key corner neighbourhood spot. After travelling extensively in Asia and Japan, Mabel and business partner Leon decided to bring the concept of Izakaya culture (Japanese gastropub) to the area. Now they offer interesting, seasonal streetfood: steamed, fluffy hirata buns filled with chicken or fish), unagi don (grilled eel), katsu curries, gyoza and bento boxes at under a tenner.

She’s right: it’s delicious, as is another speciality, takoyaki, balls of minced octopus and batter sprinkled with umami-rich bonito flakes. We also rate the sushi, including a tasty prawn tempura dragon roll, as well as sea-fresh nigiri, particularly the yellowtail tuna.

To wash it all down? Sink an authentic Japanese beer, or, as we did, a cute bottle of dry, full-bodied, cloudy craft sake from Peckham’s Kanpai microbrewery. Open Tues-Sun, lunch and dinner, 27 Caledonian Road N1. More info here.

This is the original name for what was until recently The Flying Scotsman, the strip joint with the darkened facade at the foot of the street. Its recent history swept aside, the pub has been, um, stripped back to basics, every detail restored (given its Grade II-listed status) to how it looked in 1901, when it was designed by the architects Wylson and Long.

At the end of the Second World War, writer and playwright Laurence Housman, a sponsor of the Peace Pledge Union, suggested a permanent bookshop to promote ideas of peace and human rights. A repaired bomb-damaged shop was leased from Westminster City Council at 124 Shaftesbury Avenue, close by the well-established literary area of Charing Cross Road. And the shop was duly named in honour of the originator of its concept.

Housmans remained in biz on the site for three years, but in 1958, a freehold former post office was acquired at 5 Caledonian Road. After renovation of the then century-old premises, Peace News moved into the upper floors during the summer of 1959, and Housmans resumed as a fully fledged bookshop.

And it’s still occupying its spot just up near the Cally Road lights after sixty years, stocking everything from radical political journals and rare freesheets to esoteric gay titles. There’s also stationery, t-shirts and cards, plus bagged artisan Zapatista Mexican coffee to take home for the cafetiere. Look out for regular events, too. A must. Open Daily, 5 Caledonian Road N1. More info here.

Asecret grey door. A keypad to let yourself in. This former dive and gambling hangout is now an L-shaped elegant speakeasy, boasting lovely 1950s mid-century furniture and dim banquette lighting to boot. Even better, it’s deep below the streets on unexpected Keystone Crescent, a curving Victorian terrace a second off the Cally.

Keystone Crescent is the brainchild of the owners of Drink Shop Do, a (cheap-to-join) members’ bar for what the owners call “sociable people who like straight-forward drinks until unsociable hours” – well, 4am anyway (or 2am in the earlier part of the week). It’s cosy and laid-back, with a simple, changing menu of fresh home-made mixers and uncompromising collection of spirits. Every cocktail we’ve ordered has been spot on.

And hang on: what of the historic crescent itself? Built in 1846 as Caledonian Crescent (still visible on the corner of) but renamed in 1927, the street boasts the smallest radius of any in Europe, unique in having a matching outer and inner circle. Ponder that over a Sazerac. 28 Keystone Crescent N1, more info here.

Enter through the front door and saunter through to the back room, with its architecturally-designed atrium and elegant wooden furniture: this other-worldly space opened in a former cast ironworks back in 2011, well off the traditional gallery circuit.

Apparently “guided by the spirit of Marcel Duchamp”, the gallery aims to show contemporary art through a “particular and uncommon lens”. Current show is A Coin in Nine Hands (until 17th March), which exhibits the moody landscapes and people of Sardinia by Italian photographer Cesare Fabbri. You’ll enjoy pottering around the space itself as much as anything. And it’s handily near the Overground station, too. Open Wed-Sun, 392 Caledonian Road N1. More info here.