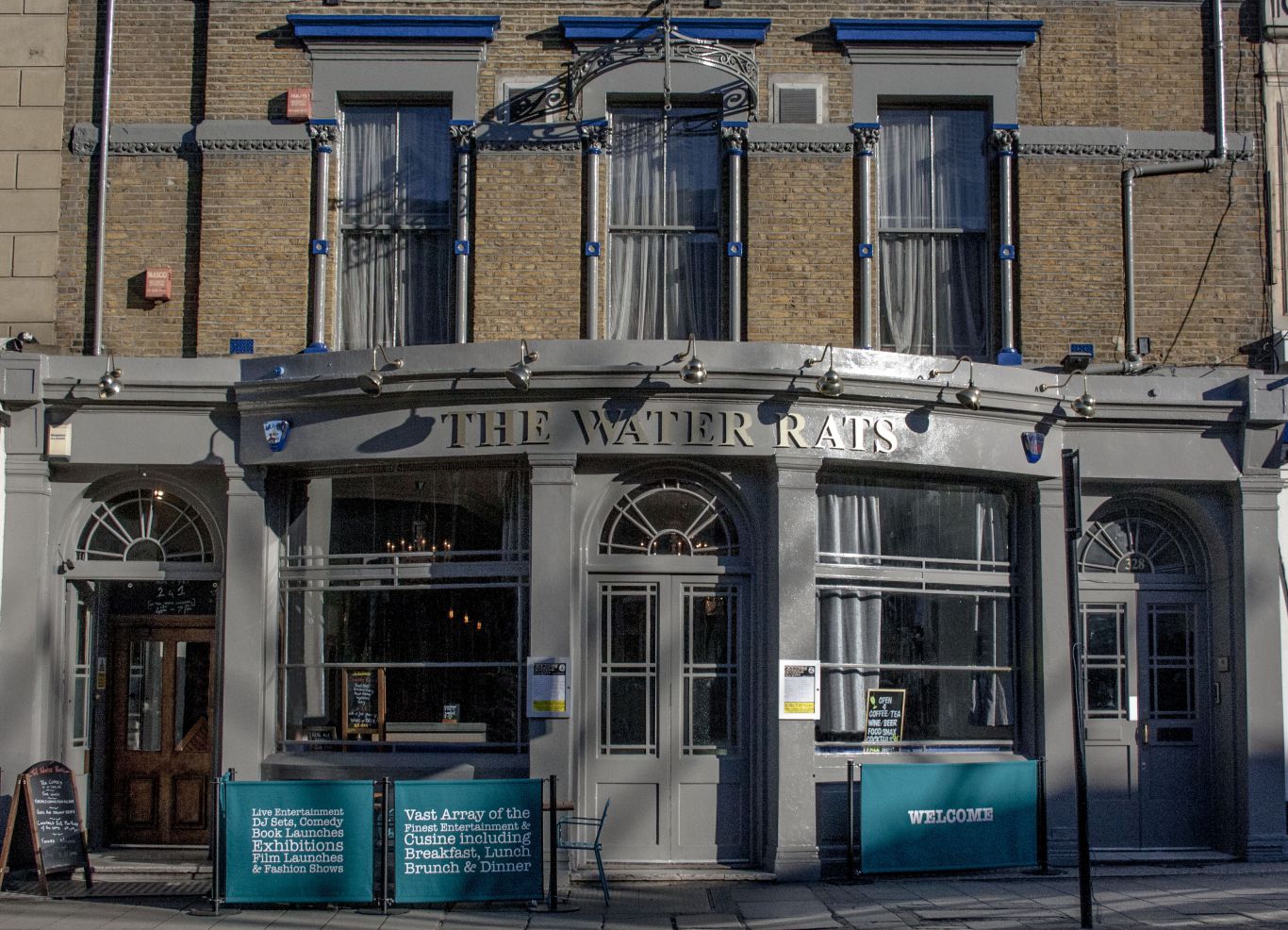 A beginner’s guide to The Water Rats…

The famous King's Cross music venue is where Dylan, The Pogues and Oasis all played their debut London gigs

So why is this place so famous?
Because it goes back centuries. It was originally built in 1517 when the landlord was George Green, one-time Pindar of Wakefield, which leant it its original name. The present venue, built in 1878, was once patronised by Karl Marx and Lenin, and famous for its regular old time music hall. Other notables? Bob Dylan, who played his first UK gig here in 1962; and The Pogues similarly debuted in 1982.

When did it change its name?
In 1986 the premises were bought by The Grand Order of Water Rats, a British entertainment industry fraternity and charitable organisation, whose past members have included Charlie Chaplin, Peter Sellers, Laurel and Hardy, Tommy Cooper, Les Dawson and George Martin.

Wow. Any other big celeb names?
Quite a few. Oasis’s debut London performance, on 27th January 1994. Other acts who have dazzled are Kasabian and Katy Perry.

What’s new?
A couple, Sally and Tony Fox, purchased the venue in the summer of 2015 and reopened it earlier this year. Their background is the Soho nightclub trade – notably Vogue, Hombres and Moonlighting in Greek Street. The aim was to restore the venue to its former glory with high standards technically and artistically, including a top end PA system and theatre stage lighting rig.

And the all-important foodie element?
Quite. A modern kitchen serves breakfast, brunch, lunch, dinner and snacks. So you can chow down on the usual sharing platters, burgers, fish and chips, and posher mains like sea bass, capers and lemon sauce. Plus cocktails, decent wines and, of course, craft beers. What about the music?
This is the preserve of a well-connected bloke called Nicholas Barnett, who runs Dead or Alive Promotions, behind the now-defunct Metro Club on Oxford Street and Buffalo Bar in Islington.

Who’s on in the next few weeks?
Why, only a celebration of Dylan’s first every performance at the ‘Rats. It’s called Won’t You Come See Me and it’s on 19th Nov.

Water Rats, 328 Gray’s Inn Rd, London WC1X, open until 12am Sunday to Thursday and 1am on Friday and Saturday. Full listings and tickets here