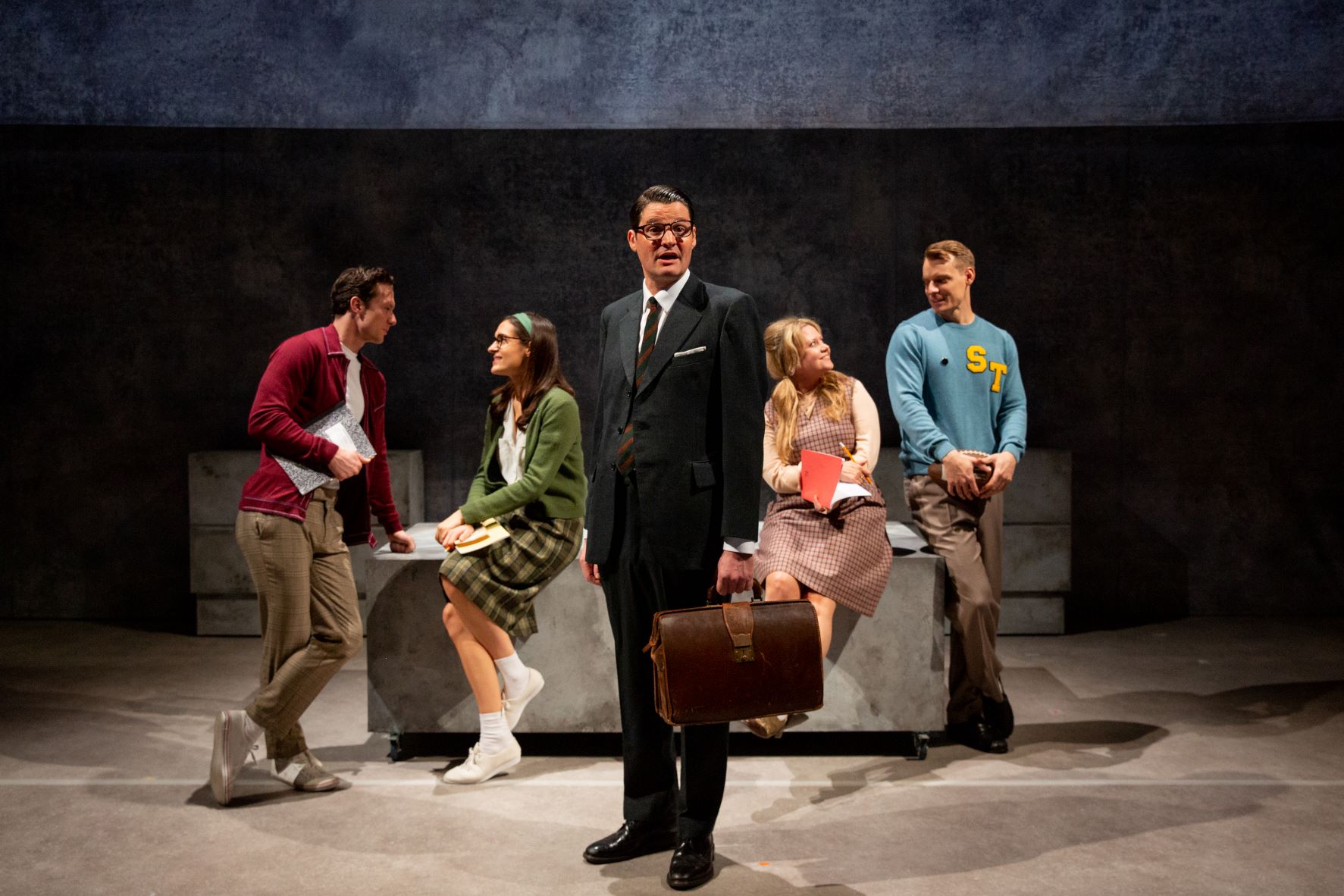 I first read this classic Christopher Sherwood novel in my late teens, when its bereaved 50-something protagonist George seemed impossibly old. But even as a very young man I enjoyed the tale of love lost, and the important fact that a homosexual affair – especially one set in the early 1960s – was presented sympathetically and not as a “problem” to be treated. Fast forward to 2010 and, when Tom Ford’s glossy screen version reinvented this meditative novel with stylish period sets and huge stars Julianne Moore and Colin Firth, it was a must-watch.

In this new stage adaptation by Simon Reade, and directed by Philip Wilson, college professor George is played by Theo Fraser Steele, soon to be seen as Princess Anne’s husband Timothy Laurence in The Crown. A middle-aged Englishman living in the Los Angeles suburbs in 1964, he is grieving the death of long-term partner Jim (played by Miles Molan in a stage debut). The story follows the intricacies of George’s routines on one apparently ordinary day, Mrs Dalloway-style.

Grief pervades every element of his life, from excruciating interactions with neighbours to his university lectures, although there’s a wry knowingness to his existence, too: ‘I make myself remember,’ he says at one point. ‘I am afraid of forgetting. I will have to forget if I want to go on living.’  It’s a verbose role acted out in a sort of homage to Firth’s cinematic depiction; no bad thing at all.

The set initially feels rather bleak: grey and brutally bare – with a multi-tasking cold slab doubling up as bed and table – but the small circular auditorium makes the production almost immersive. And thus the work blossoms into something more intimate and confessional.

It’s a revolving door of characters for the mostly young cast, as the plot edges slowly towards its denouement. But the small steps towards romance with student Kenny – again played by Miles Molan – are poignant, although in 2022 the tutor/student flirtation could be considered problematic.

In fact, the production comes to life more in the second half, especially during the key drinking scene with English best friend Charley (a vibrant performance by Olivia Darnley), in which they both ponder – and try to resolve – a future that is potentially unfilling. And throughout I enjoyed the spot-on outfits – some impressive turn-ups, noted! – and general fashion nods to the era.

This stage version is necessarily ponderous but still quietly captivating, and the final note of optimism is welcome. But overall, there remains a chill that, for better or worse, lingers as you leave the theatre.

The production runs until 26 November at the Park Theatre N4. Tickets from £18.50 here.