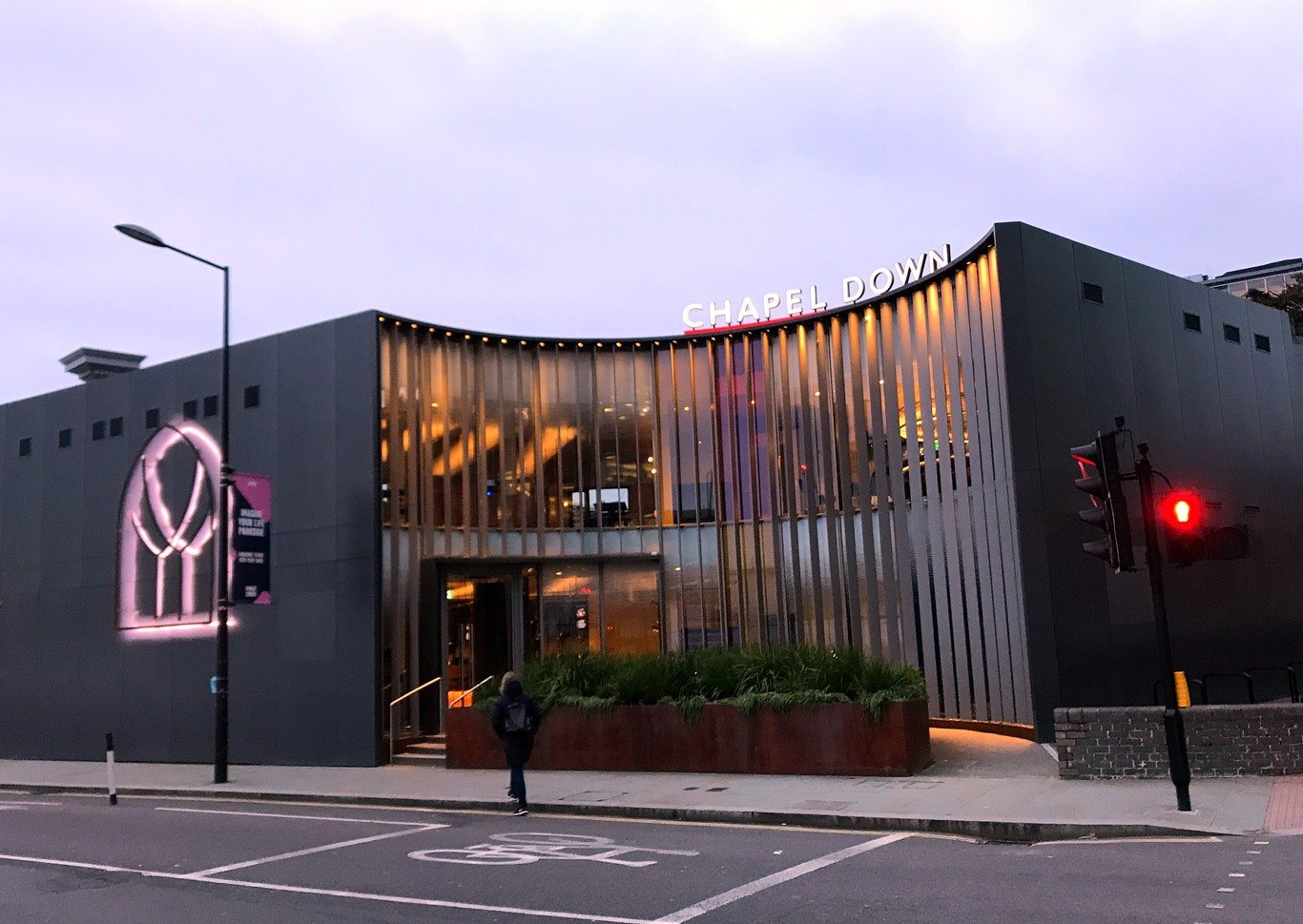 Chapel Down Gin Works is now open in King’s Cross

The English winemakers have launched an experiential bar, restaurant and ginnery by the canal

How we loved Shrimpy’s. One of the first  new-style canalside eateries and bars in King’s Cross, it opened in 2013 as a pop-up in the disused former petrol station off York Way.

Headed up by the team behind east London institution Bistrotheque, Shrimpy’s effortlessly nailed fine eating around a tiny counter, with a bar serving margueritas and craft beer cans in the forecourt. Punters could perch on rickety picnic benches that offered epic sunset views over the water – not to mention the building sites beyond (what is now The Lighterman and Waitrose).

When it closed to much outcry in early 2015, we were dismayed that the site was replaced by a rather ugly new building showcasing the luxury as-yet-unfinished apartments for sale in the regeneration area.

But then, over Xmas, acclaimed Kentish vineyard Chapel Down quietly set up shop, having turned the whole damn site into a whopping 5,000 square foot restaurant, bar and gin distillery. Woop.

We simply had to pop by for a drink after hitting the sales in nearby Coal Drops Yard last weekend. First impressions? The space is impressive – although the spruced-up exterior is still no beaut.

Almost as quirky as Tom Dixon’s masterful Coal Office restaurant, which lines the canal a quarter of a mile west, Chapel Down Gin Works (as it’s now called) comprises a walk-in ground-floor bar with terrace, gin distillery with private dining/tasting room, and first floor circular lounge bar (with another terrace). Opening soon is a modern British-focused restaurant (with yet another enviable sunset terrace), whose spartan interior reminded me of recent N1C arrival Hicce.

The paint barely dry, the whole venue was almost empty on our late Friday afternoon visit, but the front-of-house were super-keen to show us around. It was just a shame that the extremely tasty draft IPA – a new invention called Curiouser Curiouser, made using Bacchus grapes – worked out at an eye-watering £10.20 for two halves. Seriously? That has to be a first in the capital, despite its hefty 6.5% ABV.

It probably makes more sense to splash your cash instead on the award-winning English fizz for which the vineyard is famed, or perhaps a glass of its crisp, cold rosé. Nonetheless, we’ll return to guzzle the gin when the distillery is in full flow, not to mention the food itself once the restaurant opens later this month.

For now? It’s back to #dryanuary. Cheers.