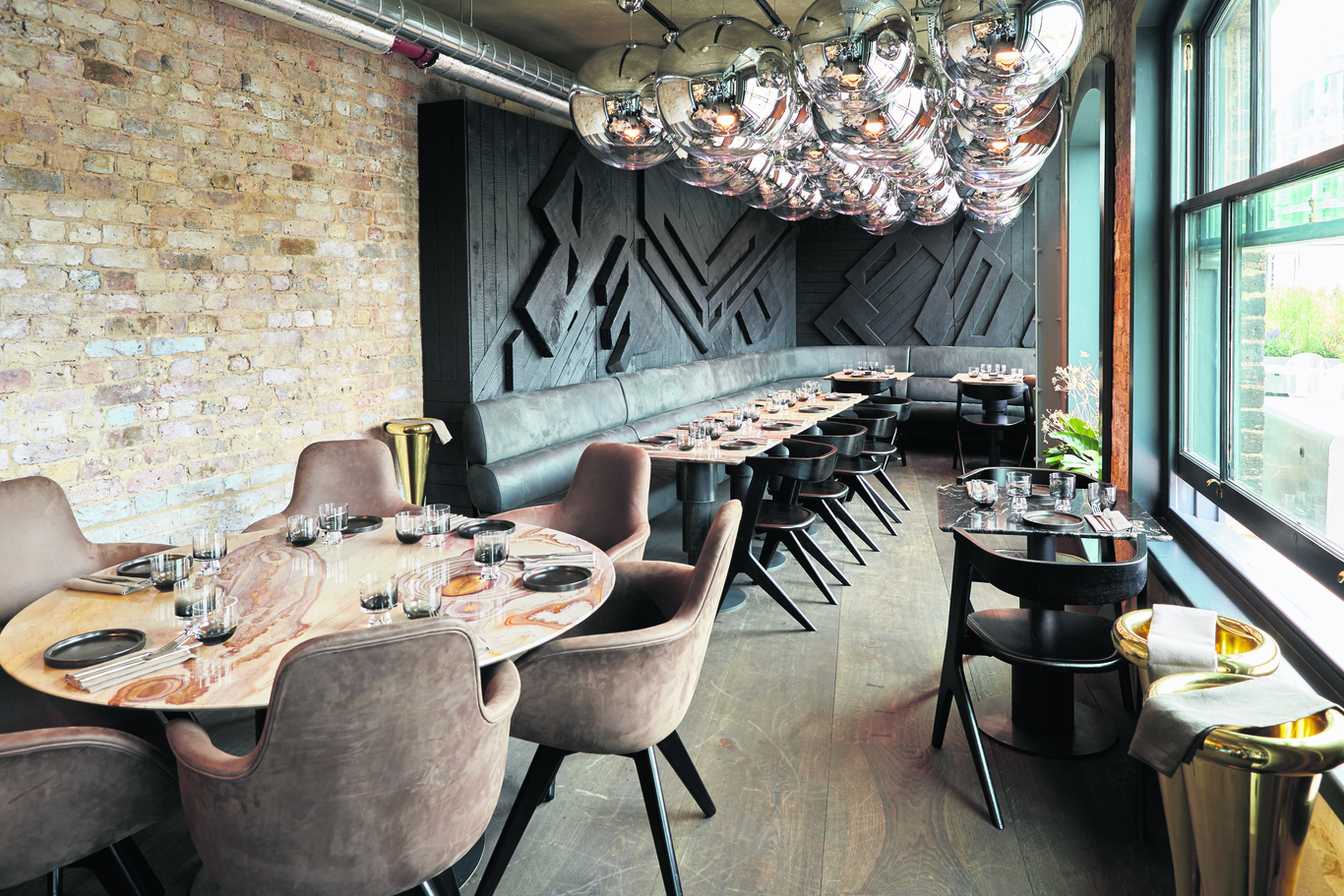 7 things you should eat at Coal Office, King’s Cross

hen I first ate at The Palomar in Soho, despite the clichés – open kitchen, sharing plates, clubby soundtrack – it somehow felt fresh. That rare thing, in fact: a W1 restaurant where the spend feels justified.

Its talented chef, Asaaf Granit, has, it would seem, pulled it off again, this time with a smart new venture in cahoots with British interiors ledge Tom Dixon. Housed in a Victorian building that follows the curve of the Regent’s Canal, its elevated position overlooks shiny new Coal Drops Yard and Granary Square.

Inside is not an immediately obvious layout for a restaurant, due to the slender space, but it’s more cavernous than first appears, spread across three floors, with two outdoor terraces, bakery, eating counter, two dining areas and – we had a sneak look downstairs – private eating options aplenty. As part of the recently launched Tom Dixon Studios, it’s all as muted and tasteful as you’d expect: lots of pale wood, bare brick, statement lighting and slinky furniture.

Such a backdrop is perfect for Granit, who has basically reinvented the way we eat Middle Eastern cuisine. The brains behind Jerusalem’s Machneyuda, the aforementioned Palomar and its Covent Garden sister the Barbary, he was born and raised in the city. (Interestingly, like Dixon, his skills weren’t acquired through formal education; instead he highlights the influence of his grandmother and wandering the streets.)

His mission statement here is to “deconstruct the kitchen,” with cooking and prepping across all floors, and everybody involved, from waiters to guests themselves. It’s a clever idea. But does it work?

In a nutshell: yes. Just as informed by all things Middle Eastern is the hypnotic soundtrack, nearly as good as the food (there’s a Spotify playlist you can download after) – and indeed mesmerizing while you watch the chefs at work. Wine-drinkers should order the dry, full-bodied Turkish red, Doluca Kav Bogazkere – at 14% not for wimps – with its very relevant notes of cloves and cinnamon.

Anyway, without further ado: here’s what you have to order.

Try this, says the waiter, as we sit down, pulling out the softest, most pillowy pretzel we’ve ever seen from a marble oven. Tearing it apart, the bread easily mops up dips like kubalah (yoghurt with tomato confit and oregano), and different stages-of-fiery green harissa and dry za’atar. The Lion’s Gate, incidentally, is where bread vendors stand in the Old City.

The menu lists small, ‘in between’ and big plates; we are advised to pick one across each section. This vegan tangle pairs aniseedy crunch with oranges, olives, almonds, harissa and fresh green herbs – all grown in planters on the first floor terrace.

A diminutive dish that’s a signature in Granit’s Jerusalem restaurant, explains the waiter – and boy, it shows. It’s the first flavour bomb we try, served in a cute copper pot which he shaves liberally with black truffle. It’s hearty and earthy, due to asparagus (in October?) and shards of parmesan, all pimping up the creamy comfort of the polenta.

Probably the most #Instagold dish we eat: crimson slices of beef nestle on soft, gooey figs, adorned with hazlenuts, green za’atar, blobs of sour cream and erect polenta crisps. The idea is to showcase the different aspects of Jerusalem flavours, the mix of old and new, local and innovative. “We began by using the spices that we brought from the Mahane Yehuda market,” says Granit, “mace, rose petals and Baharat. Then we emphasize the flavours with a black caramel chilli sauce, raw tahini, and seasonal fruits like peaches or figs.” In short, delish.

Lamb fat on the grill defines Israeli cooking, and this main has real backbone. A criss-cross golden-crusted seared double chop, it’s effortless to divide with a serrated knife, and we’re rewarded with rosy flesh that’s as melt-in-the-mouth as can possibly be. Underneath is a stack of wintry celeriac – all subtle, nutty richness – and meaty bone marrow crumble, lamby juices and gravy circling the plate. To finish, labane yogurt mixed with amba is dotted about. One to eat all winter? Hell, yeah.

Not so simple cheesecake

A deconstructed dessert that’s multi-textural, this is an attractive shallow plate of lemon curd, in which sits a pistachio financier – otherwise known as almond cake – garnished with blobs of cream and sprinkled with ground nuts. We also enjoy biscuits ground in a pestle and mortar in front of us by the waiter, rolled in tahini ice cream.

With an armagnac in hand to aid digestion, and the music still pumping , Coal Office proves particularly hard to leave.

Diners are presented with a shot of arac (the West Asian distilled spirit similar to ouzo) to start. We then try a house cocktail, Miracle Max. Made from Fernet Branca, a bitter, aromatic spirit made from herbs and spices, it’s mixed with lime and orgeat (a sweet syrup made from almonds, sugar, and rose water). Like an espresso martini in appearance, though served in a flute, it’s an intriguing aperitif – and solid introduction to the restaurant’s heady flavours.