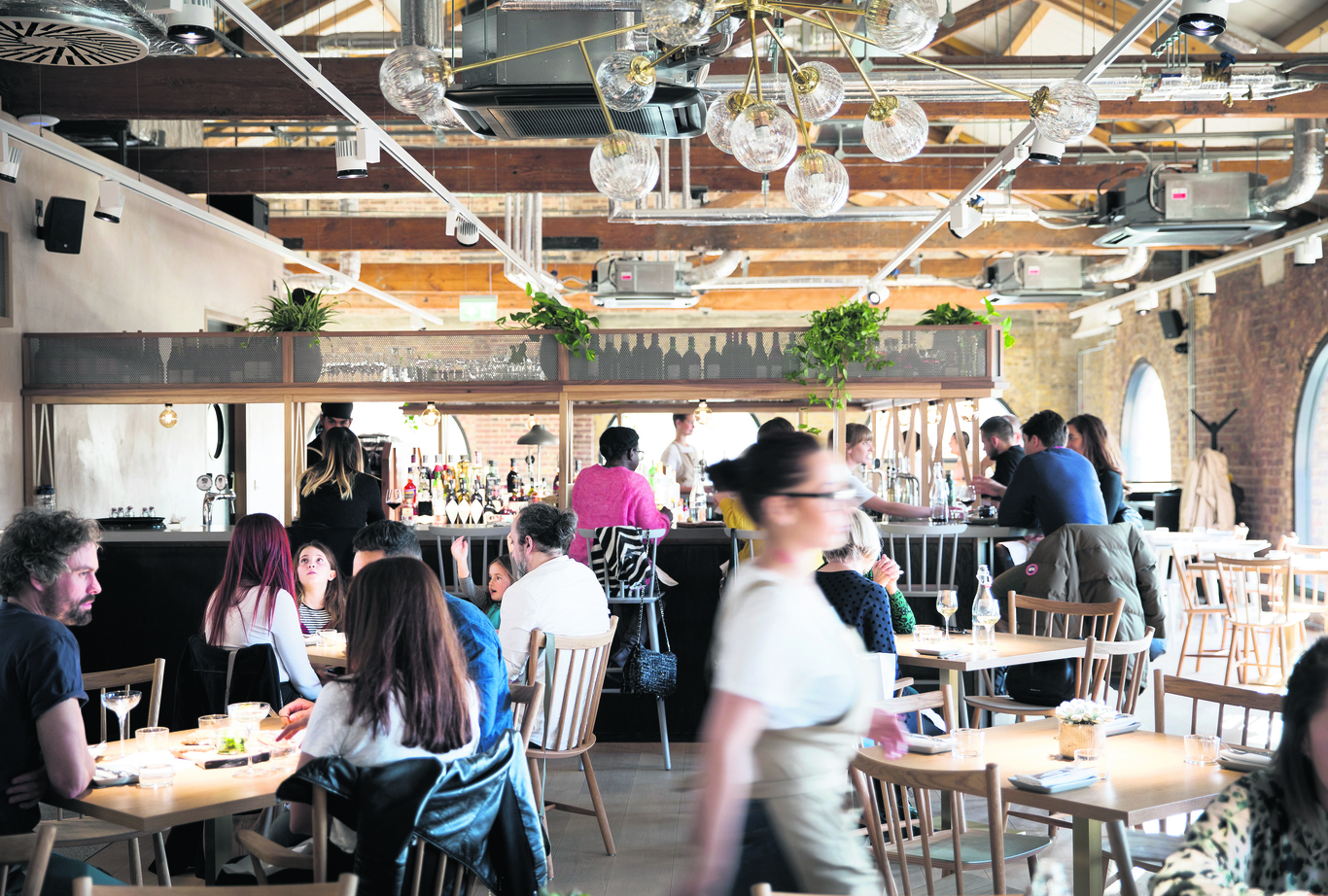 Upon entering, it’s hard not to be dazzled by the space: there are big west-facing leaded windows that allow pleasing daylight in during the winter months and, we hope, sunset views too, although we haven’t road-tested those yet.

You can also opt to perch at the open kitchen counter – there were a lot of chefs buzzing around even on a Monday lunchtime – or at the bar, which is laid out especially friendly to solo diners. As I was.

The menu is short, and includes mainly wood-fired dishes with lots of grilling, steaming and smoking. The all-day section features a selection of charcuterie, cheese, fermented vegetable jars and cured fish (£2-8 each): it’s laid out simply on a white sheet which leads the eye to the central part of the menu, subtitled #hiccehotsticks. At £7 these seem like good value, although the waitress (attentive, friendly) warns me that one won’t be enough, even for a light lunch.

So instantly there’s a pressure to order three or more dishes.I haven’t got too long, however, so head straight for the seafood section. Cured octopus, served room-temperature, is a tender tangle of tentacle with fennel, seaweed and, interestingly, grapes. It goes supremely well with three small but delicious pieces of very serious rye bread – smeared with butter sprinkled with charcoal powder. Forget any new year thoughts of #nodairy right now, in fact.

Meanwhile the waitress has given me a bottle of filtered water (which requires a feel-good £1 donation) and is topping me up regularly. So I’m feeling extremely hydrated as the next course, a #hotstick of cauliflower arrives: not alarmingly small (as I feared), and perfect to share (if only I’d brought a damn friend), it’s a simple plate of six florets of charred, blackened brassica strewn with calcots and dabbed with rich, nutty romesco. Perfection: and gone – well, not in seconds as cauliflower takes some work in the mouth – but minutes anyway.

I’m late for a meeting and need to pay up and leave. The only moment of awkwardness, however? When I casually suggest they implement a locals’ scheme as they do downstairs at Raw Press and other places in King’s Cross, and the owner comes rushing over rather defensively.

But first impressions are that this is the real thing – at least for a special treat, if not quite a daily lunch stop.