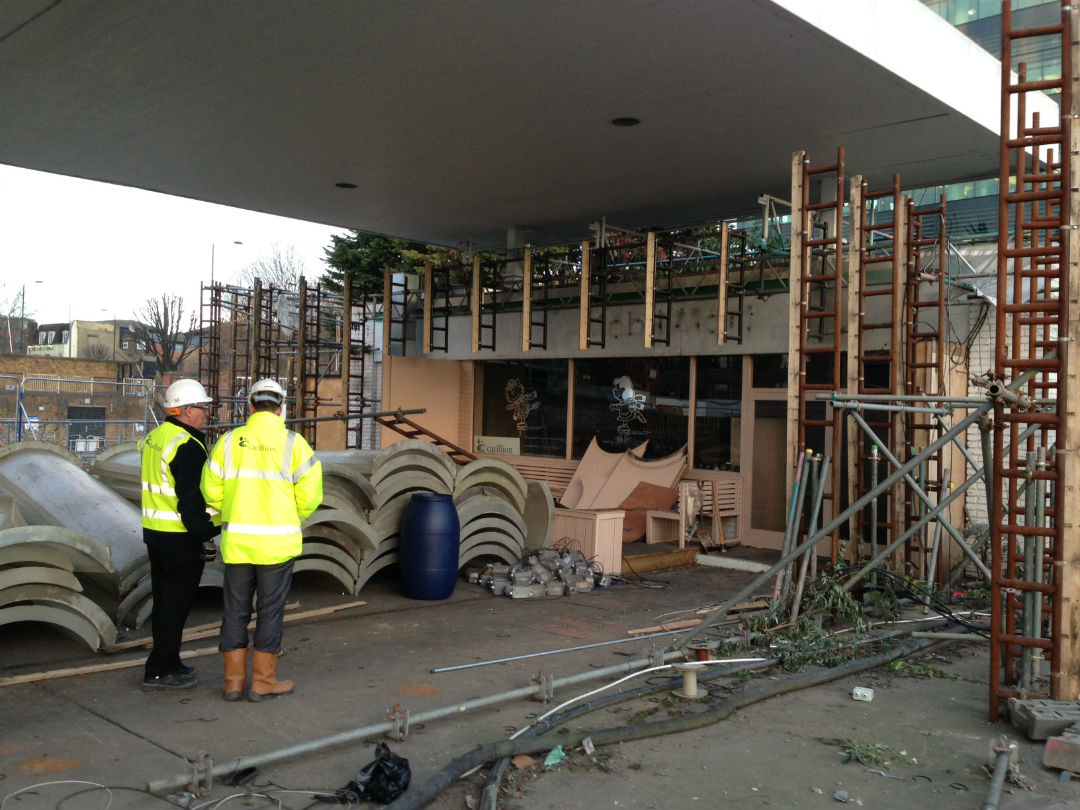 Iconic though it was – and lest we forget, always temporary – a KX landmark is being pulled down as we type.

The Filling Station bar, with its accompanying Shrimpy’s diner, was a pop-up edifice that opened in 2012 and became an instant hit.

And it was damn stylish, too. Architect Carmody Groarke created a 200m-long and 4m-high curved fibreglass enclosure to separate the filling station from thunderous York Way. He also defined a large and lively hall space under the petrol station canopy, and converted the kiosk into the 50-seat Shrimpy’s.

Many of you will have eaten posh Calexican dishes in a spot that once sold fizzy drinks and fags to ravers in the nineties (sigh). And its transient incarnation justly reaped acclaim from most quarters, most notably for its delectable soft shell crab burger.

But it was in the sunny forecourt that the party really started: prosecco on tap, beer by the hipster can and quality streetfood vendors meant that the waterside benches were rammed on hot days with Central St Martin’s students, office workers and locals, all whooping it up as the sun set over the canal behind Granary Square.

And now? The pop-up will be replaced by housing as part of the King’s Cross regeneration programme.

But Shrimpy fans may take consolation in the fact there’s plenty else on the agenda in the area this year. Joining recent launches from the Greek Larder, Dishoom and Yumchaa will be a slew of new arrivals including a gastropub in a three-storey complex, the Pavilion, currently being built on the opposite side of the canal; and a restaurant in the German Gymnasium (the UK’s first purpose-built gym dating back to 1864) from D&D London, the group behind the Almeida.

Don’t forget, we’ll keep you posted on all new happenings in KX so watch this space.