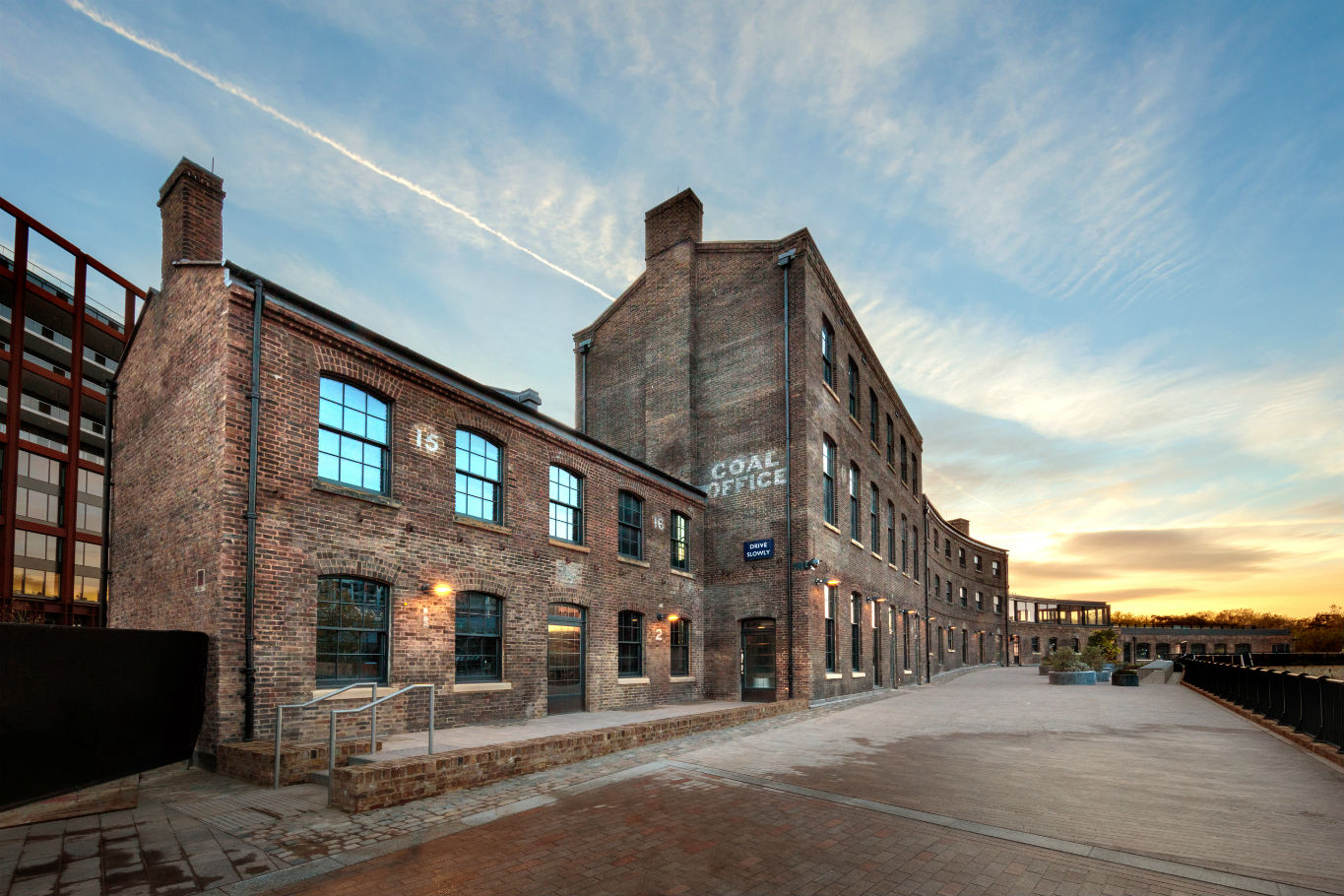 As the celebrated interior designer relocates to N1C, we explore the past, present and future of the historic Fish & Coal building

Back in 1851, along the curvaceous bank of Regent’s Canal, a sizeable administrative and storage facility was built to manage incoming supplies of two of London’s most important commodities.

The Fish and Coal Buildings were part of master builder Lewis Cubitt’s design for King’s Cross Goods Yard, a bustling hub of commerce, where narrowboats, locomotives and horse-drawn carts all met. Clerks toiled away upstairs while the arches beneath were stables for the working horses.

Over decades, the once thriving Victorian industrial use of the site waned, the country got on with rebuilding after World War II, and these warehouses became part of central London’s most notorious underused wasteland.

In 1993, its forgotten arches opened up as a ‘wine bar’ for pre-club revellers heading to the increasing number of raves being thrown in the vast coal drop building opposite, then known by the name of former tenants, the glass bottle manufacturer Bagley’s.

Nightlife institution The Cross was born, becoming a globally recognised venue in its own right. Throughout the 90s and noughties, Goods Yard was again teeming with life – or nightlife, to be exact – as the UK’s club culture rightly became the envy of the world. The music and madness finally stopped at the end of 2007, when the long-stalled redevelopment of the entire area finally began.

Despite displacing all the ravers, the Fish and Coal complex stood empty for another decade while the phased development of first the Granary building opposite (becoming the home of UAL Central St Martins College), then the iconic gasholders (into posh flats) took place all around.

The plan was for chef Jamie Oliver’s group to move their various operations to the site, complete with in-house cookery school and restaurant with terrace overlooking the canal. However Jamie’s recent turbulent business misadventures scotched that particular dream.

Fortunately, an even more exciting prospect is now reaching fruition, as Tom Dixon Studio opens, thereby writing the latest chapter in the Fish and Coal Buildings history. If you’re not familiar with the name, you’re almost certain to know his iconic lighting, armchairs or geometric candle holders; or perhaps you’ve eaten in a restaurant designed by his studio.

So what exactly do Tom and his team have in store for us now they’ve upped-sticks from west London for this unique location? Well, first up retail, with a large shop which opened only a few days ago, and spans those stables-turned-nightclub arches.

Each space showcases a different aspect of the business, with an arch dedicated to those famed blown glass pendants, angular acrylic and curvy chrome domes in Tom’s ever-growing lighting range. It’s all suitably disco.

Then there’s a haberdashery, fi lled with swatches of luxurious fabrics to inspire upholstery customisation on those signature chairs and other future-retro furniture items scattered tastefully across the one-time hallowed dancefloors.

A perfumery features scents and is certainly an upgrade to the heady aromas down here back in the days before the smoking ban, or indeed when horses shacked up for a night’s kip. You’ll find smaller desirable objects in the gift shop, but most intriguing is the factory arch, where the public can witness the creation of products first hand.

Tom has said the idea is to go beyond the merging of online and high street retail, and enter an experiential new world. As the first opening in the similarly ambitious Coal Drops Yard, which will bring further unique retail concepts to the Bagley’s nightclub space opposite from the autumn, it points the way for lots more to come.

Upstairs, alongside the nerve centre of Tom’s increasingly global operation, sit design studios, and a materials and textiles hub. Despite Fish and Coal being a rather narrow building, there are many areas for product development, and collaborators can book in sessions to work on ideas with the Studio team and Tom himself, who will be very hands-on, as ever, in the new space.

And we’re intrigued to see what the forthcoming restaurant, cocktail club and outdoor ‘feasting terrace’ have in store. The design is certain to be striking, but what they choose to add to the top flight scene already established across the old Goods Yard should be eagerly anticipated ahead of its opening later in the summer.

The whole complex can be explored at two public open days in May (see below), where visitors can work a shift in the factory, see the design process, preview the new collection over coffee, and enter some tasty competitions.