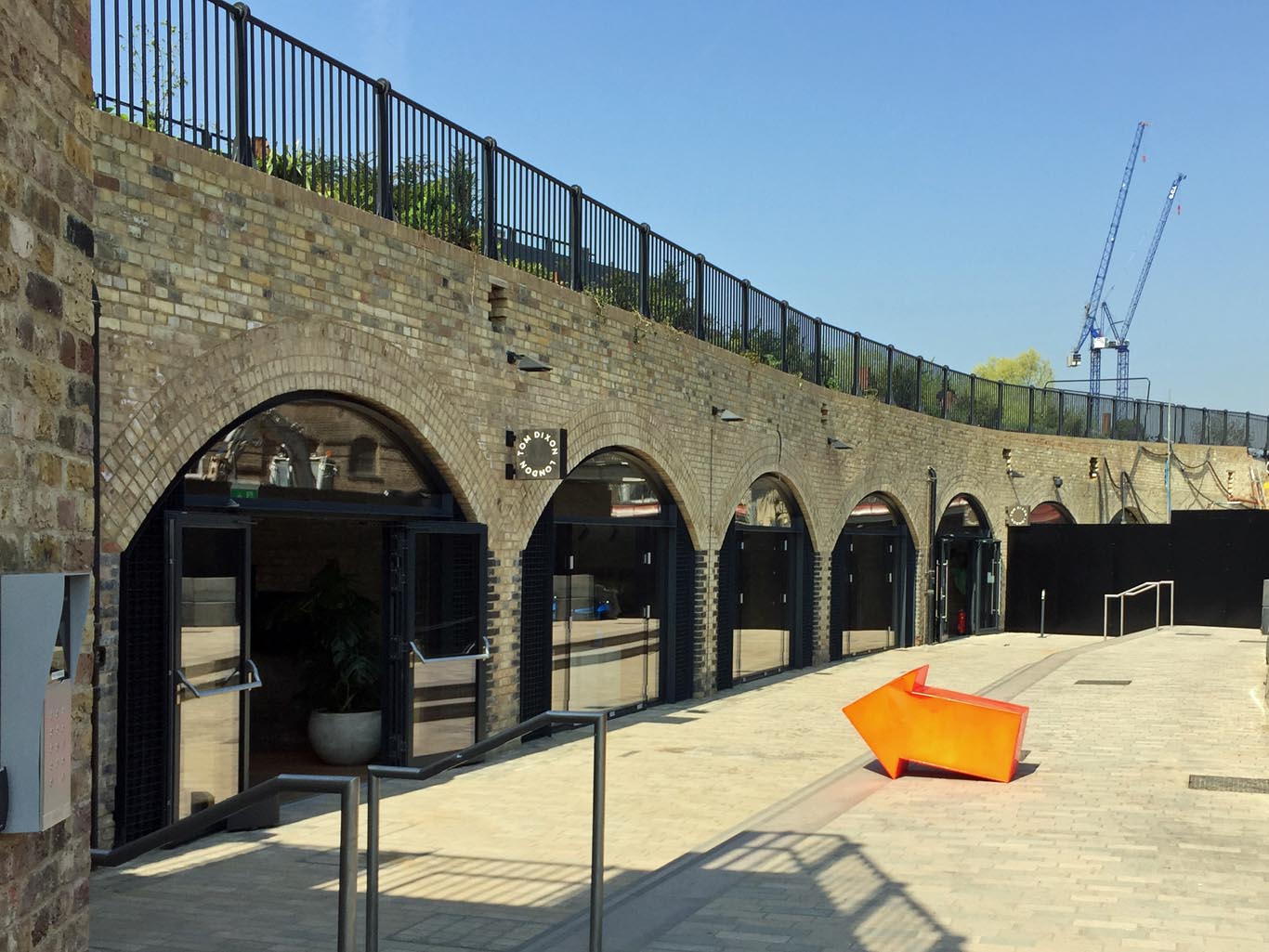 Ten years since the closing parties, you can finally revisit the legendary arches, and even buy a lovely lamp

Any new opening in King’s Cross piques our interest, but what’s always most intrigued us is to see the evolution of the areas former nightclub venues, places that we knew and loved. And we’re not the only ones.

While the rich history of industry and transportation is evident in the restored bricks and ironwork of Goods Yard, for many of us who frequented this urban backwater before redevelopment, it’s the night time heritage from that later era that really stirs the emotions.

The arches that once were home to The Cross finally reopened this weekend, fully scrubbed up, but still unmistakable.

Their new occupant? Tom Dixon: he of such fame as the interior design of Shoreditch House and the man behind the iconic lights, chairs and assorted industrial future-retro chic items that you’ll find decorating stylish hangouts and homes all over the place.

We expect it won’t just be fans of Tom’s impressive wares that will flock here. Devotees of former sweaty 4am dancefloor sessions have already dropped in to pay nostalgic respects to their old haunt.

And though some misty-eyed ravers will doubtless just lament the loss of an iconic 90s party institution, we think the arches new incarnation befits the clubbing legacy well.

For starters, it’s amazing that the venue has been preserved as a single space that you can walk about in. We always thought it would end up being chopped up into lots of smaller retail units.

Each arch today showcases an element of the growing Tom Dixon range. The lighting arch is certainly very disco, with all those beautiful glass pendants and curvaceous chrome domes dancing before the eyes.

One is a dedicated to furniture, another haberdashery, with rows of swish textiles making the once-dripping draped brickwork look very grown up now. Over on the dancefloor of the former room two, you now have a perfumery, which is certainly an upgrade to the heady aromas down here back in the days before the smoking ban.

A nice touch, intentional or not, is that the shop’s storage space is a big cage where the back cloakroom used to be. It all feels strangely familiar, if also a world away from popping down to Prologue, Fiction, Serious, Renaissance, Vertigo and the many other nights held right here a decade or so back.

This new flagship store, which also operates as a factory workshop where you can see the products being made, is the first step in the Tom Dixon Studio’s complete move to the Fish and Coal buildings directly upstairs. They have some pretty exciting plans (see next week’s print edition of Gasholder for more on those).

Tom is a good custodian for The Cross legacy, having done his time working and promoting in nightclubs. In fact, it was from putting on regular parties in a strip club in Soho that he learned how to weld, building items of décor for the stage, which set him on the self-taught path towards industrial furniture design.

Read our 2015 feature on the past, present and future of the Fish and Coal buildings (when it was Jamie Oliver, not Tom Dixon, who was due to move in).
And also see inside the former Bagley’s club in our photo tour taken just before work commenced developing Coal Drops Yard.