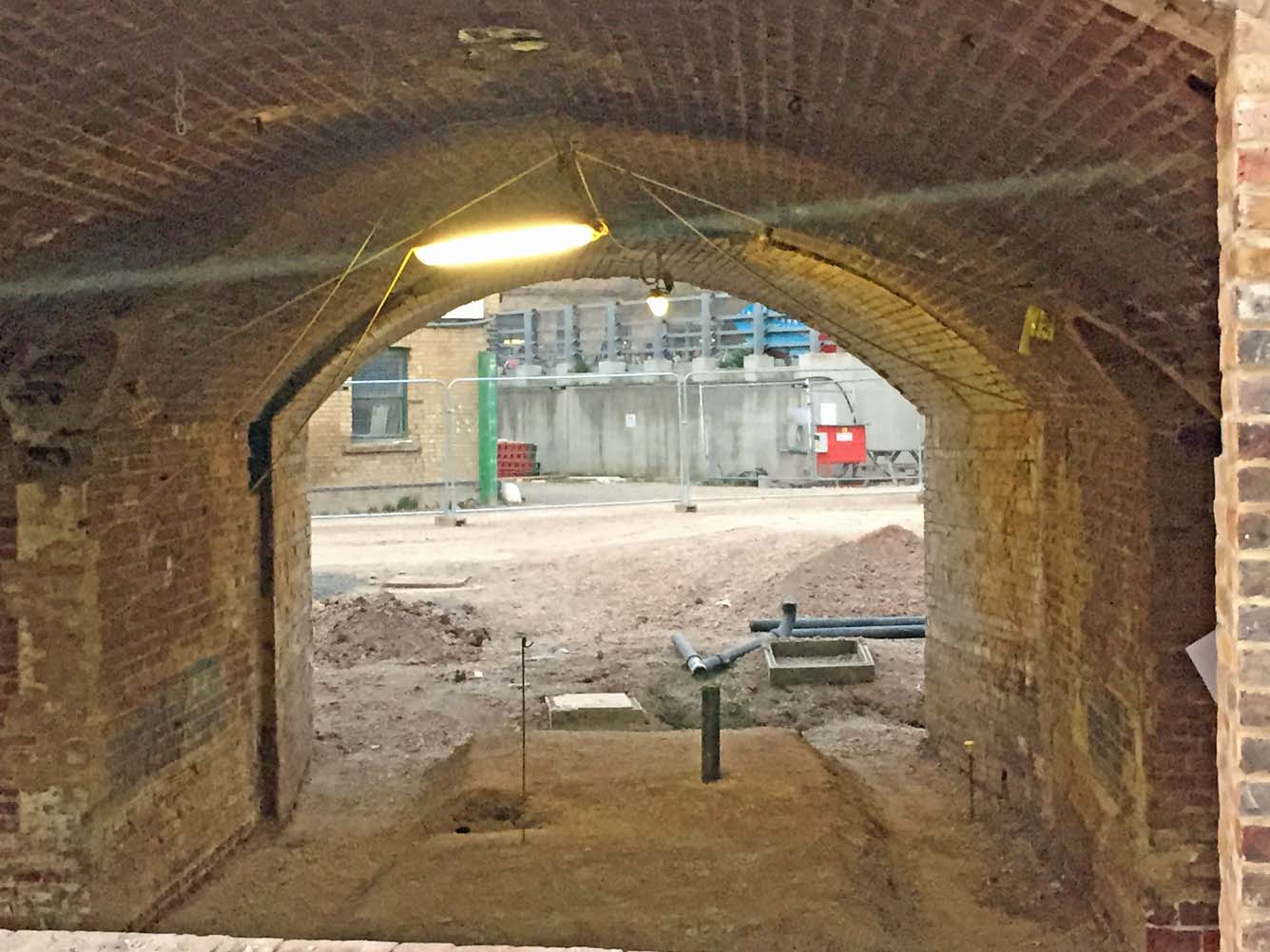 The Cross Nightclub: past, present & future

Work is underway to restore the historic Fish & Coal Buildings to their industrial former glory, but we won’t let their rave history go uncelebrated either

Take a look at the picture above. Those arches were built in 1851 as part of a large administrative and storage facility for London’s incoming coal and fish supplies, in the then-flourishing King’s Cross Goods Yard.

But if you were one of the thousands of people who hung out around here in the 90s, you’d know them better as the glamorous-if-sweaty dancefloors of hallowed house music haven, The Cross.

Having shared a tearful, unashamedly intoxicated last dance at the nightclub’s epic 2007 closing party, we next clapped eyes on the place in 2012, posting this photo of a rather sorry, windswept Wharf Road, very much awaiting its next chapter.

Well now the long-promised redevelopment process is finally underway. Today, sunlight streams through a series of large, newly knocked-through holes to the Regent’s Canal towpath (pictured above and below), where once a DJ booth, bar and naughty VIP back room could be found.

We know very well the emotions that these old nightclub locations can still provoke, having celebrated nearby lost 90s cultural lynchpins Turnmills, The End, Velvet Rooms and Bagley’s too.

We’ve also called for heritage blue plaques to go up on the buildings that are still left standing (watch this space on that one).

But – rave nostalgia aside – what’s happening at Wharf Road today is part of something most would agree is genuinely exciting. And to see why, let’s gawp at some more fascinating photos…
[divider top=”no” size=”1″]

The canalside Fish & Coal buildings were built as offices in 1851 as part of Lewis Cubitt’s design for the King’s Cross Goods Yard, where narrowboats, locomotives and horse-drawn carts all met. Clerks worked upstairs while the arches that went on to become a legendary glam nightclub were originally used as stables for the working horses.
[divider top=”no” size=”1″]

1983: Abandoned and gutted by fire

Once the Victorian industrial use of the site had waned, the sprawling area behind King’s Cross Station became central London’s most notorious underused wasteland. As the city rebuilt after World War II, the warehouses and railway land stood ignored, decaying and with a perilously unsure future.

Road haulage firms (the industry that had done for the area’s horses, boats and trains) used the Yard for their fleets, while prostitutes, vagrants and assorted ne’er-do-wells roamed the crumbling landscape, occasionally torching things.

1993: Converted into a nightclub

Billy and Keith, brothers from the locally-infamous Reilly family, had stayed out of trouble by running one of those truck haulage firms based at the yard.

Sensing an opportunity when adjacent abandoned Bagley’s Warehouse started being used for big raves, Billy converted some of his arches into a ‘wine bar’ for pre-club revellers and, though he hadn’t got a clue what was to come over the next fifteen years, one of London’s golden nightclub success stories was born.

Meanwhile Keith went on to set up a little disco of his own called Fabric just up the road.
[divider top=”no” size=”1″]

After decades of neglect, the 90s and noughties saw Goods Yard teeming with life every weekend. Billy had taken over Bagley’s, rebranding it Canvas, opened the more intimate, flashing-dancefloored delights of The Key, and put on annual mega-bash the TDK Cross Central Festival too. He even briefly had designs on opening up the Fish & Coal Buildings as a boutique hotel.

But the writing had always been on the wall, and once the final King’s Cross regeneration plan was agreed, the whole Yard including every one of the iconic London clubs, was shut in a flurry of wild closing parties throughout Christmas 2007, rolling into early January.

Stripped of its sound system and fixtures, The Cross then sat quiet for years, while the phased redevelopment progressed all around, including the arrival of brand new public space Granary Square directly opposite.
[divider top=”no” size=”1″]

But now, work on the latest incarnation for these classic arches, plus the beautiful old Fish and Coal Buildings above, is well and truly underway. When complete in 2016, they will be the new HQ for Jamie Oliver’s global food empire, encompassing a large restaurant, a pub with a terrace overlooking the canal and a cookery school on the site too, let alone an elevated park atop the length of the arches.

Say what you like about Jamie – and online, many people certainly do – but his heart remains undeniably in the right place. Knowing that a return to the dancefloor days was never an option for this site, we can’t think of a much better way of celebrating its lost history than letting the public access it to celebrate and learn about great food.

But for many people, the view (below) will always evoke its more recent historic use, something that is just as valid for cultural celebration.

We’re sure Jamie and co won’t mind the stream of sentimental Cross veterans dropping by to remember where it all used to go off. Heck, we might yet get a blue plaque up on one of those hallowed walls…

3 thoughts on “The Cross Nightclub: past, present & future”