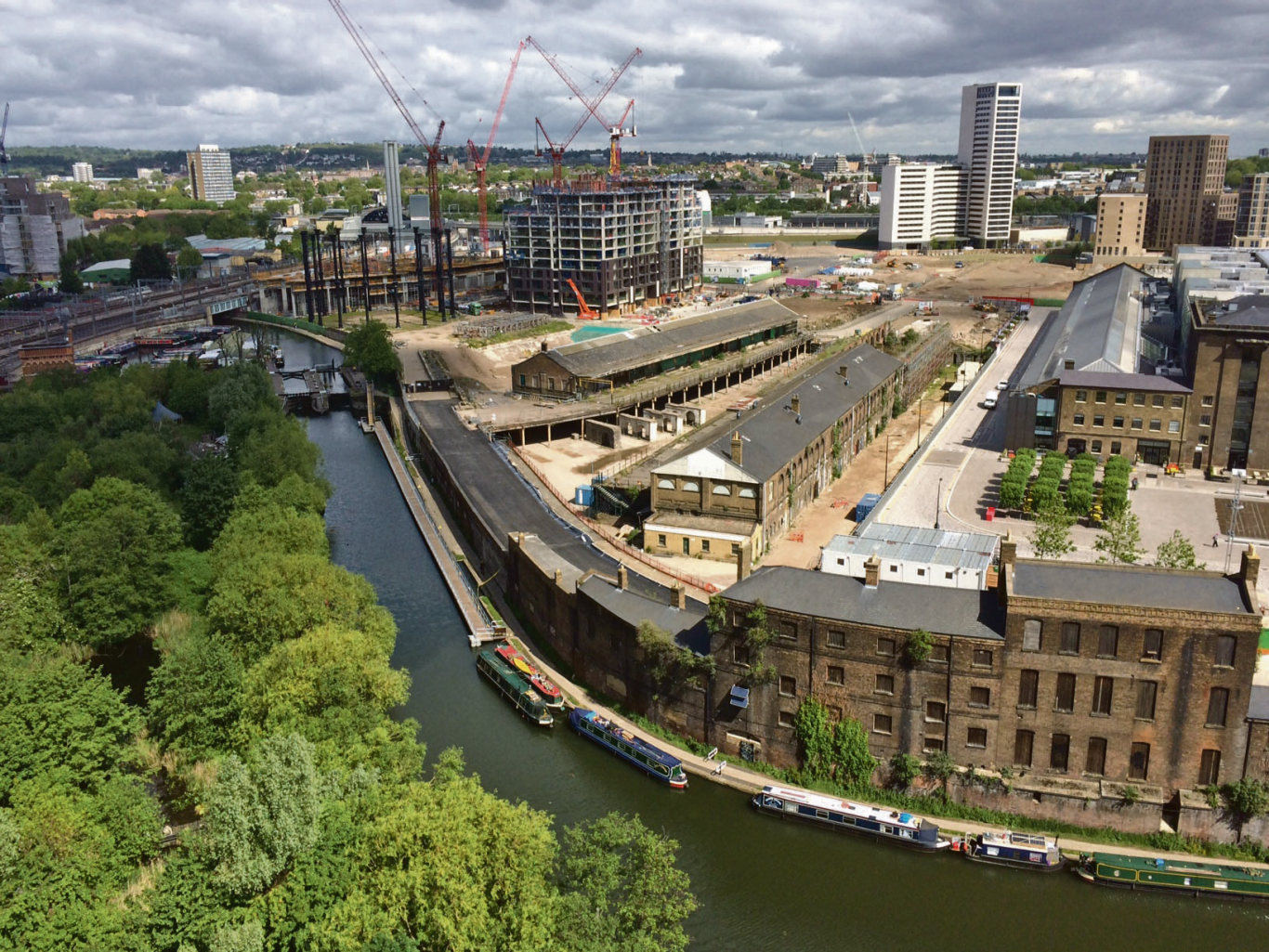 It’s no overstatement to say that the Camden History Society has been one of our most valuable resources over the last decade, both on sister site Kentishtowner and here at Gasholder HQ.

Who else but this organisation of fastidious locals has actually walked all the streets of the borough? Not to mention carefully documenting what buildings are on each – as well as what was there ten years ago, fifty years ago, a century ago.

The 14 books in their ‘Streets Of…’ series reveal the history, lost architecture and famous former residents of each street in the borough, but they can – of course – also be enjoyed from the comfort of an armchair. It’s all so lockdown-friendly, in fact, it’s quite prescient that most were written many years ago.

I have a whole pile of them in my home office – the ones on West Kentish Town, Gospel Oak and Kentish Town amongst the most thumbed – and know that if I pick one up, I’ll end up getting drawn in to more than one chapter. And as I say, they’ve proven the backbone of many history features we’ve published; fully credited, of course.

So it was with no small excitement that we heard about the new book. Or rather, a completely rewritten version of the classic Streets of St Pancras.

Originally published in 2002 – yep, we have that version too – the Streets of St Pancras has been extensively reworked and enlarged as the St Pancras area has been so radically transformed in this millennium – and new historical information has come to light.

In fact, the neighbourhood has changed so much that the Camden History Society claim the first edition is now a historical document in its own right.

And they wouldn’t be wrong. Back in 2002 there was no regeneration, no swanky King’s Cross station, no King’s Boulevard, Pancras Square or even St Pancras International. And what’s now Coal Drops Yard and Granary Square were still synonymous with the home of clubbing in the capital.

The book outlines in detail nine walks around the former railway lands from Somers Town, across Euston and Kings Cross, as far as the border with Islington.

And the dense pages guide you around these newly-transformed lands to discover its surprising past – as home to William Wordsworth, Charles Dickens, Walter Sickert, Mary Shelley, the first Pearly King and even Lenin. It’s best to go slowly, book in hand, and stop. Take as much time as you can on each walk. Pubs and cafes – of course – are on every corner.

Gems to discover on your strolls might include an ancient church with Roman foundation stones, former seething Georgian slums, the memory of the flooding Fleet river and the residences of many more statesmen, sculptors, actors, film makers and writers, such as engraver Charles Heath (of Penny Black fame) and 18th century feminist Mary Wollstonecraft.

Interestingly, the Camden History Society is the first history society in London, possibly in the country, to have researched the history of every street and district in its boundaries.

Better still it’s an entirely voluntary organisation, too. So chuck your money at something that is hugely valuable for all of us – not to mention generations to come.

Can you help? With the sad demise of our free monthly print titles across London last summer due to advertising revenues in freefall, we now need your support more than ever. Every contribution, however big or small, is invaluable in helping the costs of running our websites and the time invested in the research and writing of the articles published. Please consider supporting us here – for less than the price of a coffee. Thank you.