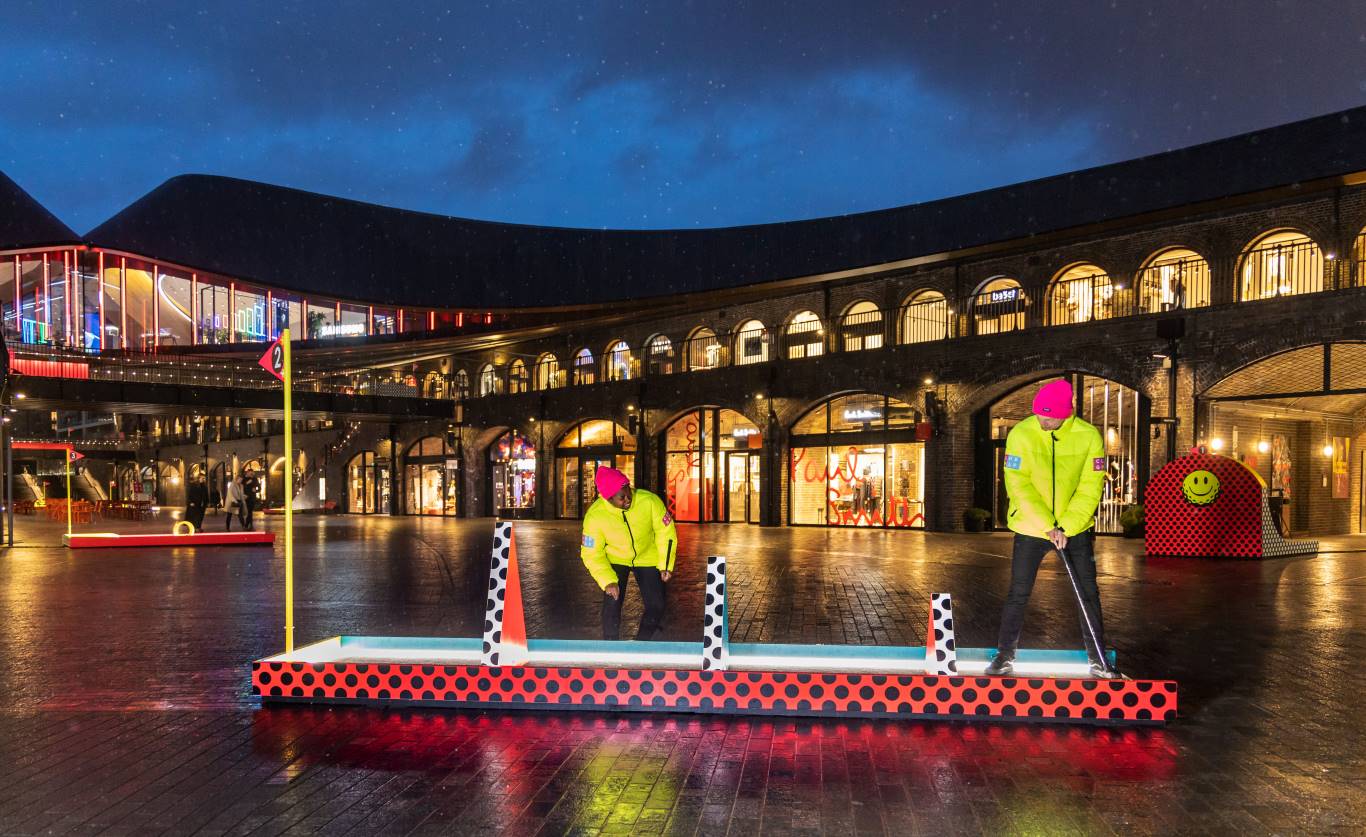 Once upon a time, King’s Cross was synonymous with some of the capital’s best all-nighters. In fact, you can see our pictures of Bagley’s morph into Coal Drops Yard here.

But now, over a decade after the infamous clubs closed, it’s playing host to something a little more sedate.

So ditch your glowsticks for, ahem, clubs and head to the brand-new crazy golf course about to open later this month.

In true KX fashion, Club Golf promises to be something of a cross between functional destination and art installation. And it will, of course, be visually striking, the bespoke outdoor nine-hole course designed by cult artists Baker & Borowski.

But this is the detail that has to be seen to be believed: the whole shebang is in some way (as yet unexplained) inspired by the King’s Cross rave culture of the 80s and 90s, a “celebration of iconic warehouse clubs such as Bagleys, The Cross and The Key“, says the blurb.

No, we’re not quite sure how that will work either. So we’ll have to find out for ourselves when it opens on Wednesday 19th February, and we can begin ‘putting’ our skills to the test in pursuit of that elusive hole-in-one.

And for those hoping for a a glimpse of a 90s superstar DJ? It’s far from guaran-teed. But we might be Pete Tong.

This is box title
Runs until Sunday 29th March, open midday to 8pm (Mon – Sat), and midday to 6pm Sunday. Tickets £5 (under 12s go free and need to be accompanied by an adult), more info and tickets here.