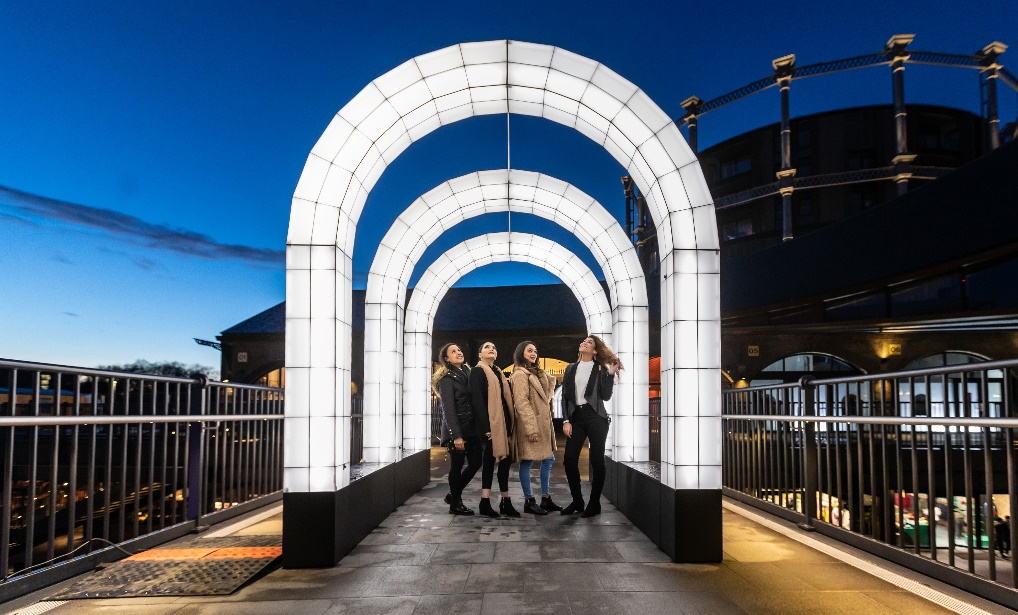 Take a selfie under the arches

Granary Square does the cold winter months pretty well (remember the awesome Lumiere?) And this year’s no different: an outdoor installation called Space Frames is now lighting up the pathways of Coal Drops and beyond. Designed by Dutch studio Mieke Meijer, the giant sculptural frames are crafted (unbelievably by hand) out of a lightweight aluminium skeleton, then covered with an industrial polyester fabric more commonly used in the aviation industry. Lit dazzlingly from within, these supersize sculptures obviously scream Instagram even louder than that pesky Xmas tree. Free, Granary Square N1C, until Tuesday 31st March

There’s only a week or so left to witness the House of Illustration’s unprecedented look at original Cuban propaganda posters and magazines. Throughout the Cold War, artists including Alfredo Rostgaard, Helena Serrano and Emory Douglas produced provocative posters that were distributed in their millions alongside Tricontinental, a magazine that featured illustrated articles by Jean Paul Sartre, Che Guevara and Malcolm X. This major exhibition of graphic design brings together 100 posters and 70 magazines distributed across the globe by OSPAAAL: Fidel Castro’s Organisation of Solidarity of the People of Asia, Africa and Latin America, an organisation founded to promote cooperation between socialist countries and liberation movements. Ends Sunday 19th January, House of Illustration, 2 Granary Square N1C, tickets here

Swerve all things AF and head to the waterside home of Chapel Down for an unlikely double bill of gin workshops and terrarium-making in one night. Upon arrival you’ll hear an introduction to Chapel Down and the gin still plus a brief talk about distillation and the history of the spirit. This is followed by – yay! – a tasting of bacchus gin, pinot noir gin and chardonnay vodka. Hic. Afterwards is a masterclass in terrarium design, history and techniques. Pay attention at the back! Wednesdays 630pm-830 pm, Chapel Down, Goods Way N1C, tickets here