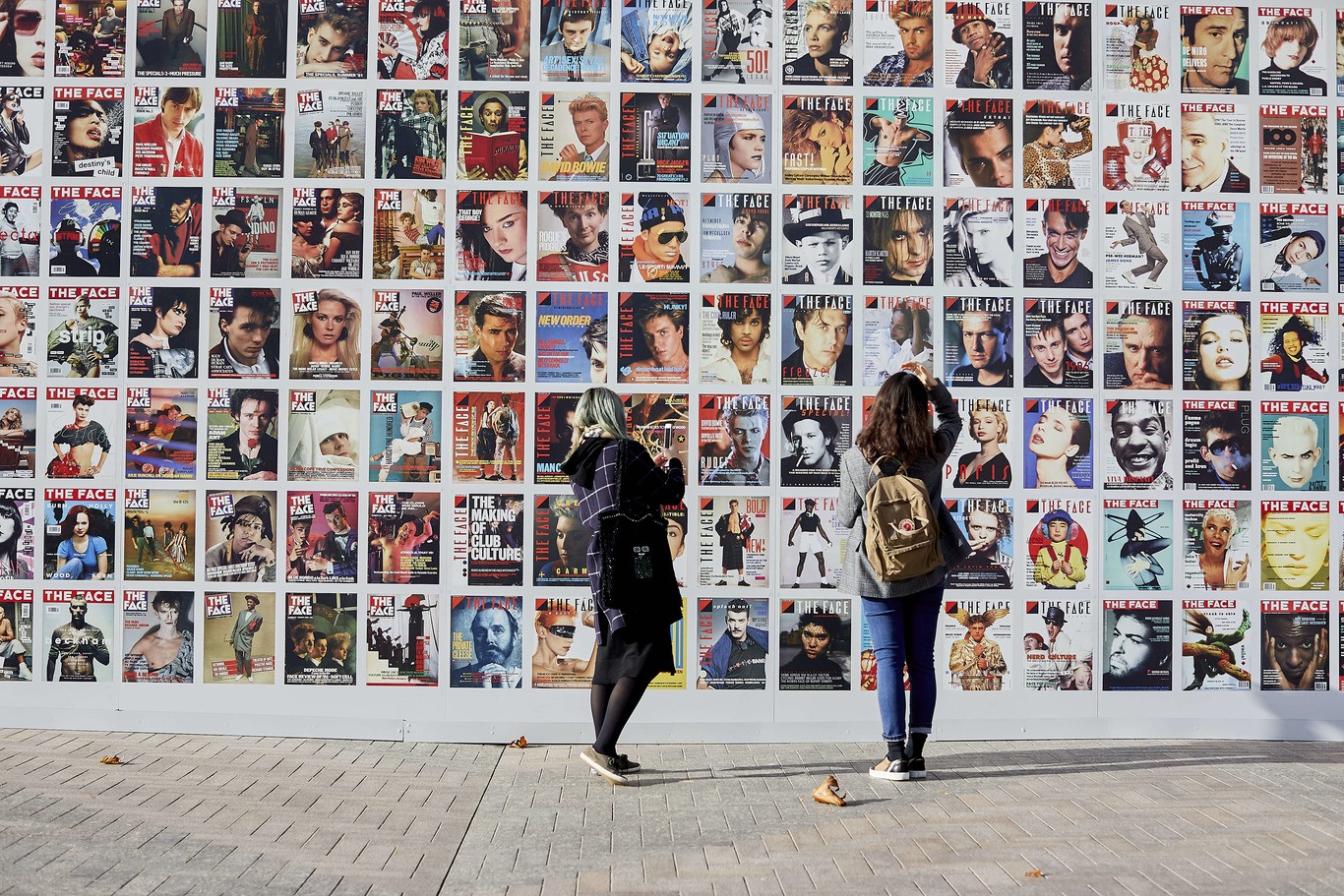 hen I was a teenager, long before blogs and social media likes, my best friend and I had one goal: to be on the cover of The Face by the time we turned 20. Surely, we imagined, such a feat was inevitable?

Sadly, that particular ambition failed to come true. Still, a leisurely study of 250 of its most memorable covers, from 1980 to 2001, somehow brought a few memories flooding back – for better or worse.

Spanning 75-metres on a wall where Coal Drops Yard meets Lewis Cubitt Square, this outdoor exhibition is a real saunter down memory lane if you’re of a certain age: oh look, there’s Ian Brown looking quizzical (as usual)! And a skinny, topless Gary Oldman! That famous Blur Britpop cover! Robbie Williams with his tongue out! And stars like Madonna, Bobby Gillespie, Prince and New Order all looking well, a darn sight younger (didn’t we all?)

For the uninitiated, The Face, launched 38 years ago by Nick Logan, almost single-handedly invented style magazines. And that’s no overstatement.

Fast forward to 2015 – nearly a decade-and-a-half after the title closed – and Logan’s son Maxwell launched an Instagram campaign to mark its 35th anniversary under the name The Archive.

The campaign sought to “re-build the network of The Face, resurface the archival imagery and stories,” says Maxwell, “and to fashion a link for young newcomers to the title as to how youth and style culture came to be the way we know it today”.

And this, in short, is how the current exhibition has come about, its one intention to celebrate the legacy of the mag.

But there’s another important factor too: Julie Logan, unsung heroine behind its success, was diagnosed with early-onset Alzheimer’s in 2007. So in addition, the show raises both awareness and much-needed funding for Alzheimer’s research in the UK.

Get down there and show your age; or in other words, see how many covers you remember.