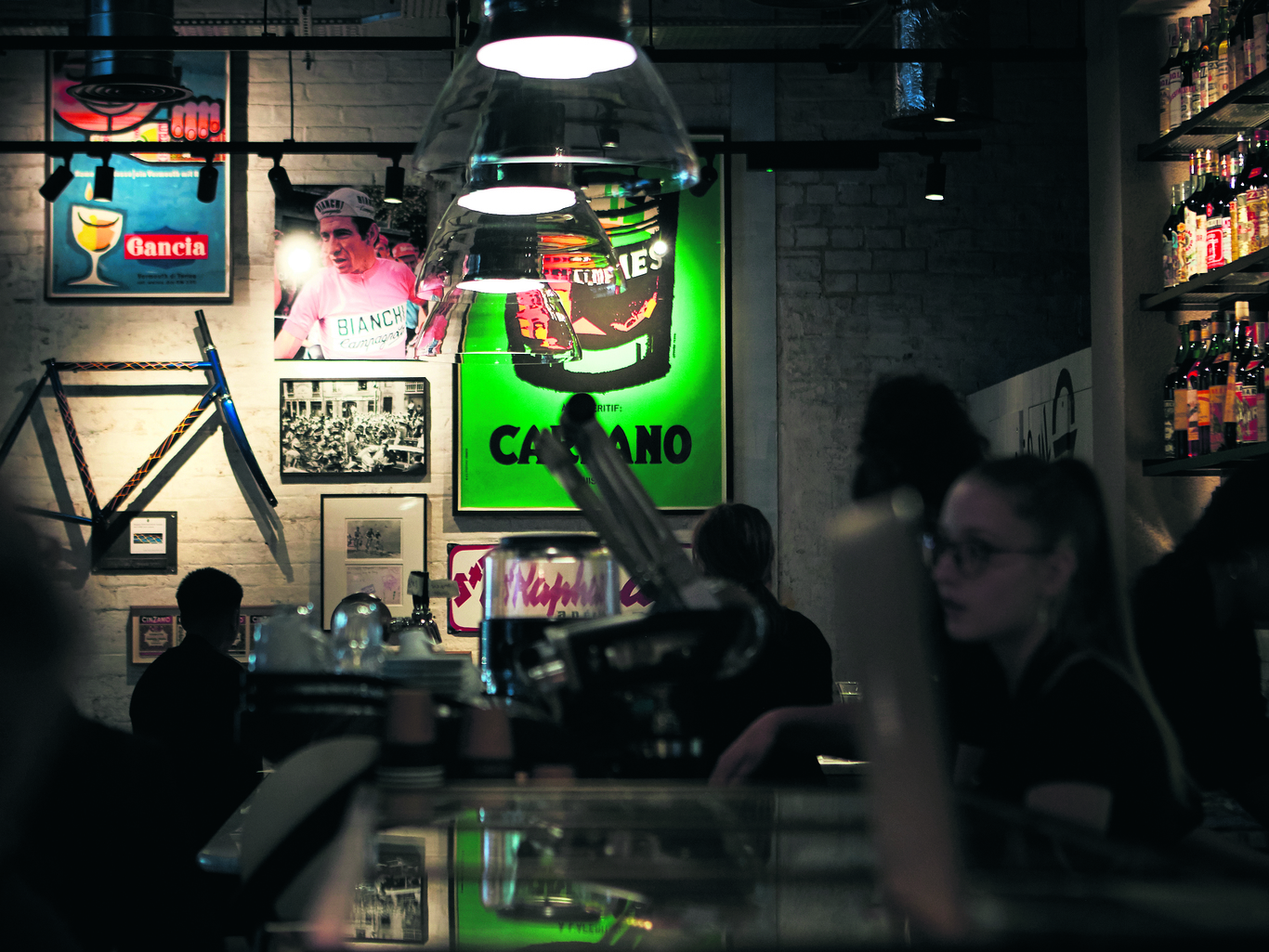 oal Drops Yard in some ways channels a little of Soho’s food scene in the late noughties. Back then two operators made their names by opening pocket-sized but innovative restaurants in W1. Barrafina effectively rebooted Soho’s (and the capital’s) dining scene in 2007, while, a street away – and a year earlier – Antony Demetre’s low-key Arbutus shook up the idea of Michelin-rated restaurants, bagging and keeping a star for a decade.

For a while these two were the wisest places to eat in that particular postcode, especially Arbutus’ two-course set lunch, around fifteen quid. So successful, in fact, was its affordable dining concept that a sibling, Wild Honey, opened in Mayfair in 2010, while overly ambitious offshoot Le Deux Salons (off Charing Cross Road) fared less well, and was sold on in 2014 to Conran.

Now Demetre has dreamt up Vermuteria, a casual spot centred on vermouth in aperitifs, cocktails and food pairings. The interior is convincingly authentic, all brickwork within-the-arches and wooden beams, not to mention drinks-related memorabilia and endless shelves of (not dusty at all) vermouth bottles.

The idea is, say Demetre and co-owner Michael Sodeau, to exude a “shared passion for food, drink and cycling”. With that in mind the pair have sourced original artworks and prints “from the Golden Age of Cycling (1940s-70s), when teams were sponsored by drinks and food companies, such as St Raphael, Gancia, Cynar, Sanson and Molteni.”

It’s a nice touch, easily admired on our first impromptu visit, a brunch rather too soon after opening, when slightly chaotic service doesn’t quite detract from superior poached eggs on sourdough with lemon rind, spinach and harissa.

A smooth professionalism is purringly apparent a week later when we return for dinner. The cosy space is divided into two areas: a low-level dining room and more casual bar-style area with high tables and narrow seats – shared up close with your neighbours – where we manage to perch.

This is a buzzier spot with views of the kitchen and cheese counter, with its enormo slab of parmesan, and chalked-up menus of vermouths, cheeses and small plates. Both bar area and restaurant fill up rapidly – there are no bookings – and we watch customer after customer being smilingly turned away.

Vermouth takes centre stage. You know that by now – and you really should try it; don’t just play safe with a bottle of red. Manager Dom – who was with Demetre at Wild Honey, and before that Paradise 108 in Notting Hill – is sweetly knowledgeable about every bottle, and will help you choose (small glasses cost from just £4 upwards).

We start with a negroni – because, well, you have to – a classic 75 ml measure with Punt e Mes, a blend of Tanqueray 10 and East London gin to give it their own twist. It feels instantly seasonal, especially as we tuck into two plates of juxtaposing cheese – big, crumbling shards of parmesan, aged for 30 months, with thin discs of pear, and another plate of creamy, unctuous burrata. There are petit lucques (otherwise known as green table) olives, marcana almonds and chewy sourdough to nibble on too. It’s already something like heaven.

We move on to a Barolo Chinato, the first neat vermouth we try, its dark red grapeyness, and twist of orange, a good match for a trio of molten crab croquettes with chunky tomato chilli.

The next two larger plates are sensational: octopus is tenderly braised for an hour after “being blanched three times”, says head chef Gergly Csaba afterwards, and its meltingly soft flesh combines with al dente chick peas for a cockle-warming bowl of comfort food. The pal and I try to split it equally, although I make a mental note next time to devour a whole one myself.

By now we’re supping an Americano vermouth, one of the last batches of this particular varietal in existence, says Dom: it balances on that delicate axis of lightness and bitterness, a revelation with the stew.

Venison ragu is up next, its discernible sweetness and umami-spicy depth derived from the unlikely additional of black treacle into its sofrito base, as well as the push of fennel, herbs and n’duja. Pillowy gnocchi are dotted about: if sharing, you might start counting up how many it’s polite to scoff each. Or stuff that: just hog the lot.

We end with Cocchi, a white vermouth, noticeably different with its lemony-creamy notes; it’s somehow wet and fruity but with a spicy edge, perfect for a messily effective dessert of roasted peach and cream.

Throughout the meal – against a musical backdrop of freestyle, tinkling jazz – we discuss how the prices here are spot-on (dishes are £2 up, most large plates £8, with nothing on our visit more than £12); and how Vermuteria already feels so established and neighbourly.

I can imagine swinging by here on a regular basis to check out the day’s specials on the board – as it seems others do already, many of whom are sitting solo, with a book and a glass of red.

“They poured their heart and soul into it,” whispers Dom as we leave. She means the owners, of course. And yes, it shows.