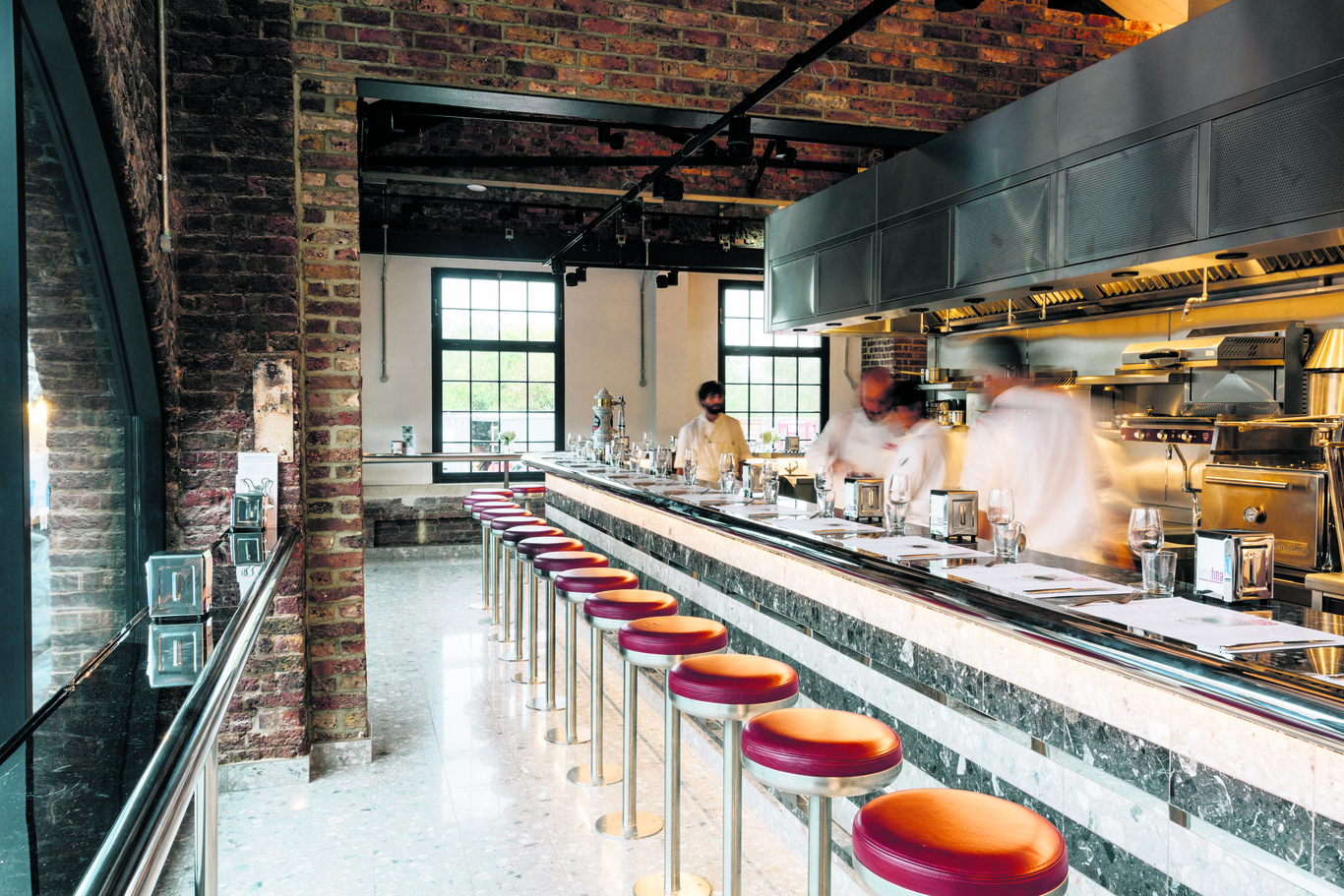 credit Soho institution Barrafina with my passion for tapas. Or perhaps that should be next-level tapas: the kind that is, if not ubiquitous, at least more accessible nowadays across the capital.

Really however, it’s thanks not just to owners the Hart Brothers, but also Soho’s influential Copita and sister gaff Barrica, as well as Brindisa, Salt Yard, José Pizarro in Bermondsey, and east London’s expanding micro-chain Morito.

Yet back in 2007, when it opened, Barrafina was something of a pioneer, and still remains the most exciting of them all – right down to the cold, well-priced cava it’s easy to sip far too much of in the (if you’re lucky) 45-min queue.

After repeat visits in the early days, I became so obsessed with its glistening sesame tuna tartare and avocado that I learnt – via the inevitable cookbook – to prepare it at home, along with other bestselling plates like chicken and romesco with toasted almonds.

Sadly both of these aren’t on the menu at the new Coal Drops Yard restaurant in King’s Cross. Still, it’s a peach in every way, located in an airy, elevated corner warehouse building with large leaded windows directly above the Camley Street canal basin, and adjoining bucolic Gasholder Park. And it’s an almost exact replica of the other handful of branches: curving 34-seater marble-topped counter, stark high red stools, bare brick and frenetic open kitchen.

Despite the short stroll there along the canal, my partner and I still managed to mess up our plans to turn up at midday on the dot the other Saturday – and therefore avoid the inevitable queue. Distracted by the shiny new Coal Drops development, instead we arrived at 1215pm, to a rather shocking wait of “thirty to forty minutes”, said the young manager, with a big smile.

Oh well: it was a while since we queued for a restaurant at all, a novelty we considered over a campari spritz as we settled in to people-watch. First impressions? We were surprised how many well-heeled parents had brought along tiny kids, balanced precariously on those high, rather adult-orientated stools; and it soon transpired that most of the ankle-biters would show their discomfort with a shriek here, or a cry there. Fair enough.

When we finally sat down, supping on a pink with the slightest fizz, we shared half a dozen plates, flawless all of them. Pan con tomate a must to kick things off: arguably the city’s greatest (as it should be at £7.60 for two slices), the chewy bread is garlicky, smeared with vivid red tomato, rich as jam, and flecked with chives. Croquettes are another essential two-bite mouthful, their rich morcilla filling – basically blood sausage – creamily belying their teeny size.

Patatas are a staple done here uniquely, earning their menu description ‘bravisimas’: crisp-on-the-outside and fluffy within, the potato chunks are smothered in aioli and rich (piquillo?) sauce.

The replacement for my favourite raw tuna dish now appears to be the seabass tartare, though this dish – surprisingly – arrived last: it’d make a much better opener to the meal, its delicately textural balance of acidity and freshness just compromised by our heady previous plates. Still, an accompanying apple and ginger cream matched its sea-fresh notes of lime and cucumber quite sensuously.

Most incredible? Rosy lamb chops, as pillowy as ever, given a Majorcan nod by the accompanying tumbet (a combo of potato, aubergine and red pepper). And presa iberica, the shoulder cut from ‘posh’ pigs who grow up on a diet of acorns (some call it the “wagyu” of pork). It’s routinely served as rare as fillet steak, but I’ve never eaten it as crimson-red as the extraordinary version here (£17.50): seared on the chargrill to give a blackened crust, it’s sliced as thinly as carpaccio on a slick of ajo blanco (the white sauce made from almonds, bread, apple, garlic and vinegar), scattered with shards of bronzed almond.

In short? It’s business as usual for Barrafina: and yet these were some of the best plates I can remember trying (which is saying something) of any visit. With plenty on the menu still to return for, next time we just have to work on those off-peak timings a bit better.

Update: we returned on a Tuesday evening, just before 6pm, and four of us managed to get seats straight away, with the dishes proving just as impressive. So there you have it.