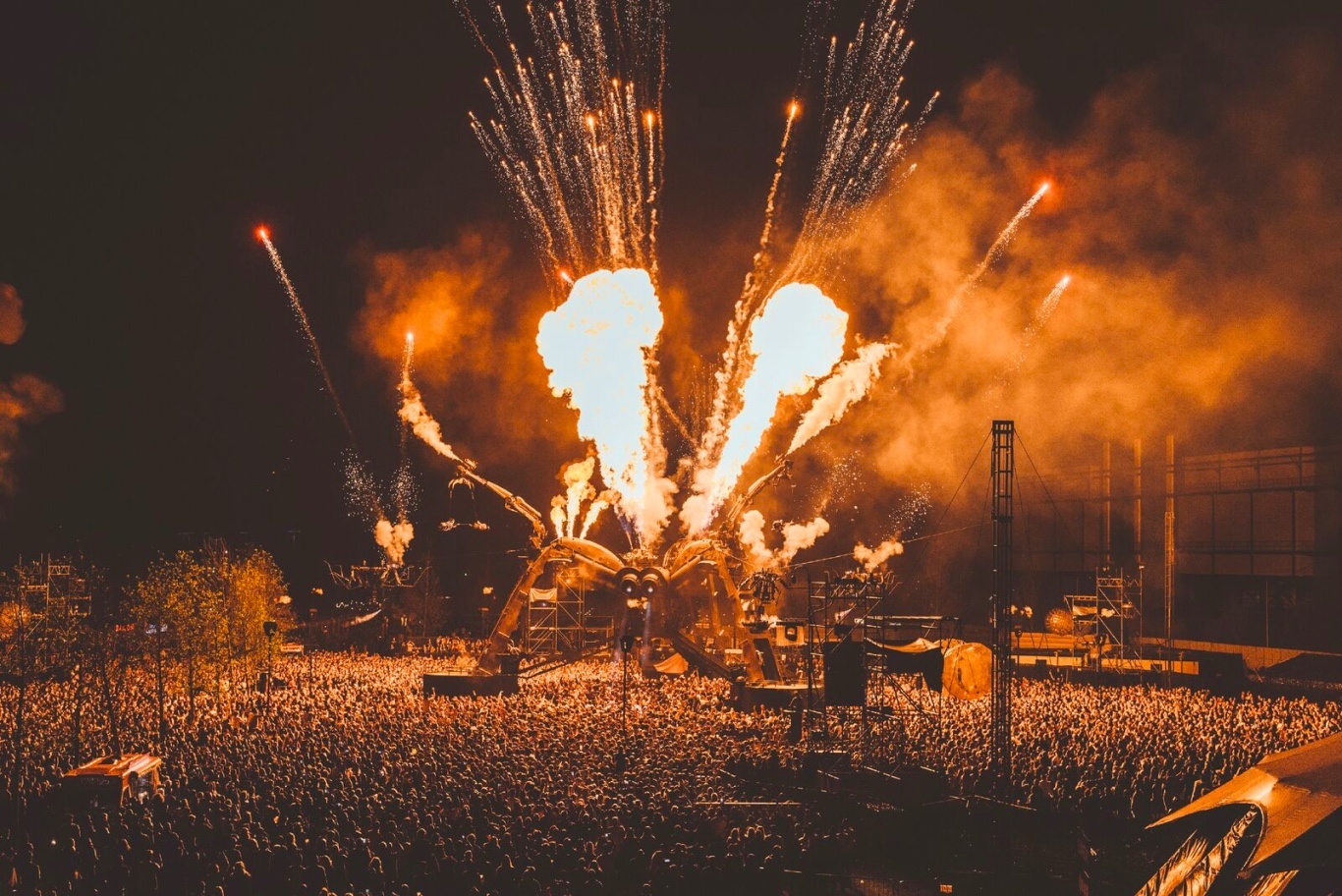 The fight for London’s nightlife

As Hackney Council decrees the latest blow to our city's late night culture, we speak to the people working tirelessly towards the capital remaining a world class, successful - and safe - destination after dark

y interest in the night stems from the life-changing potential of a packed 4am dancefloor. Those moments – when social barriers melt away and we get a little space to explore ourselves through raw movement, shared joy, intoxication and expression – hold a rich power way beyond the simple pleasure of being lost in music.

Cherished friendships, career moves, cultural influences, lovers and, heck, even my two children are all a direct result of the hours I’ve spent in these transformative places.

Millions of people share similarly pivotal life moments when out dancing after dark, yet because the experience necessarily breaks a few taboos and takes us a little out of control, the sweaty nightclub doesn’t get recognised for its huge positive social impact and cultural worth.

Instead, it’s broken down into a set of problems that need to be solved: a safety issue to regulate, a crime stat to bring down, a noisy annoyance to be silenced.

Now though, a growing band of passionate advocates are working to change this blinkered perception. Galvanised by the loss of live venues and clubs, the idea of London supporting a diverse night time economy is being taken seriously.

The money involved is certainly a driving factor, but the realisation of what might be lost culturally, if all we do is regulate and prohibit, is also hitting home. Yet with councils like Hackney continuing to stifle, rather than promote options after dark, is it too little, too late? Or is there cause for cautious optimism?

ayor Sadiq Khan’s 2016 appointment of veteran club promoter Amy Lamé as London’s first Night Czar was the most significant shift in policy. Though she’s recently been criticised for not having real sway over the decisions made by councils, we are still undoubtedly better off for having her.

Sharing the same heavy-hitting platform as the likes of Nicola Sturgeon and Nick Clegg at Nesta’s recent Future Fest event, she elicits gasps as she trots out the statistics: the loss of 25% of pubs, 35% of music venues, 50% of nightclubs and 58% of LGBT+ venues in the last decade.

“Nobody was paying enough attention or thinking it was important,” she laments, “and it’s not just a loss for culture, but for our wellbeing. If we lose these places, we lose what’s attractive about living in our city. We’re certainly not here for the affordable rent.”

hile Amy’s focus is on bucking these trends, the night has always been about more than just raving; therefore so is the Czar’s remit. “The conservative estimate of £26.3bn annual revenues from our clubs, theatres, restaurants and other hospitality is actually only the third biggest sector at night,” she reveals. “The second is infrastructure like the NHS and the police, the first is logistics. Over a million people work regularly in London at night, ensuring you get your sandwich at Boots for lunch tomorrow, or your tube line fixed. My role is to look at it all.”

Imagining how London can be a successful 24-hour city without threatening its clubs is not easy, but clearly vital. We all have the right to a good night’s sleep, and we know there’s a chronic need for more housing, but allowing developers to flatten music venues or residents to have undue sway over restaurant opening hours is not the solution.

“Building resilient cities for the night, we need to look at ways we can live next to the bits of culture that make a neighbourhood desirable to live in,” says Amy. “We don’t want sterile gated communities. The excitement of London is that things rub up against each other.”

arallel to Amy’s tenure has been the rising influence of the Night Time Industries Association (NTIA). Its chair, Alan Miller, is another campaigner from the coalface, having run Brick Lane’s Vibe Bar for 20 years, a venue that helped revitalise the surrounding area beyond recognition, only for crushing council licencing restrictions to make its future untenable.

He keenly understands the pressures facing cash-strapped local authorities and police, working with them to steer policy away from blaming anti-social behaviour, crime or drug-taking on venues. “We live in a world today where risk aversion is the key thing,” he tells us. “Whenever there’s an incident, rather than saying how do we have a judgement to solve that, there’s an attempt to regulate and close down.”

The NTIA played a key role in saving Farringdon nightclub fabric when it lost its licence over two tragic drug-related deaths. Unlike Lamé, whose affiliation with the Mayor’s office keeps her uncomfortably tight-lipped when the topic of drugs comes up, Alan can be more outspoken, arguing for radical reform of the law, and suggesting that if we’re intent on shutting places where illegal substances slip in, we should be targeting HMRC, our docks, airports and prisons, if we’re doing the same to club owners.

Read our interview with Fiona Measham of drug testing charity The Loop, on why London may be one of the last UK cities to benefit from her harm-reduction service

t the NTIA’s industry summit at Shoreditch streetfood hub Dinearama, its co-owner, Jonathan Downey, is speaking about how hard it is to negotiate permission to operate across the city’s patchwork of 33 local authorities. “Lack of consistency is a common theme,” he says.

“Cities with active support for their night-time economies, like Amsterdam or Berlin, are not cut up into boroughs like we are. A lot of our councils simply haven’t got a vision. They react only to residents, who vote, rather than businesses, even though we bring in revenue.”

Alan agrees. “Jonathan’s Street Feast events and others like it entertain tens of thousands each weekend,” he says, “and have changed the way we interact – eating, drinking and dancing together. Yet they have to close at midnight. For a world-leading brand, it beggars belief that we would not want to emulate Asian late-night markets with inter-generational and cross-cultural success. They entertain and provide employment, revenue to local councils and attractions to tourists. This is why we need Council licensing to grant some 24-hour licenses to ensure we can have a real 24-hour city, as with Mayor of London’s Plan. Otherwise we are headed in the wrong direction completely.”

Dalston Superstore and Voodoo Ray entrepreneur Dan Beaumont points out that councillors’ budgets have been cut “by around 40% over two years, so there’s a big issue with resources. It’s easier for authorities to say no, so there’s a constant limitation. Just think of the untapped potential in our music, arts, food and all cultural exports, if people were supported instead.”

With no 24-hour nightclub licences in music-focused Camden, Westminster not granting late licences even in Soho, and Hackney now clamping down on outdoor drinking after 10pm – “that’s effectively a curfew!”, exclaims Jonathan – we have a very long way to go, despite all the good work being done by these guys.

Restricting the places to go after dark has knock-on consequences that may well cost more to deal with. “There’s been a huge upturn in illegal parties in warehouses and out in the woods,” says Downey. “That’s the reality of curbing nightlife. They’re not regulated, there’s no due diligence. I’ve seen 20 police vans and choppers stop a squat party in Hackney Wick. That’s a bonkers use of resources. Londoners just want somewhere to go and dance.”

irik Milan is founder of VibeLab, which advocates the appointment of Night Mayors like Amy in cities worldwide. It’s something he’s uniquely qualified to do, having blazed a trail in Amsterdam as the very first ‘Nachtburgemeester’.

He’s in London for the launch of a report full of global night time case studies produced by Sound Diplomacy, an organisation that promotes the importance of music to the health and prosperity of cities. It’s an inspiring read, and a reminder that it’s not just London that experiences tensions getting the night right.

Mirik and the report’s other contributors lead this global movement, putting forward arguments that challenge the traditional orthodoxy about how we regulate and operate after dark. “It’s important everyone has the chance to enjoy some leisure time after work,” he tells us. “You shouldn’t expect to visit the theatre or a restaurant after work, get home at 11pm and then demand everything stops when you do. The staff who served or cleaned up after you equally deserve to go out after their own work is done. We try to remind residents – and those in local government – what living together in a vibrant 24-hour city actually means.”

Meanwhile, cultural forces are shaping the night in new ways via a younger generation with different priorities. Now 31% of people under 35 are teetotal, perhaps because they don’t want to be snapped and shared online looking disheveled, or because health now trumps hedonism. Whatever, businesses will need to adapt if revenues from booze drop.

Compared to the aggressive Friday night brawls of city centres in the 80s, it’s good to remember how far we’ve come. Yes, we’ve lost some cherished venues, but there have also been encouraging successes, particularly Ministry of Sound and Village Underground forcing developers to soundproof new apartments and hotels rather than face closure from the inevitable noise complaints.

Back at the NTIA gathering, Dan Beaumont wants to show how investing in the night time can actually have an even greater civilising effect. “We need to divorce the historic sense of danger from the night,” he says. “As operators we need to demystify that very real, old-fashioned fear people have. Busy streets are far less dangerous than quiet dark ones. Now we need to legitimise the night.”

With so many strong voices working to do just that, even with setbacks such as last week’s dreadful decision by Hackney, the future after dark still looks strangely bright.

Main image: Arcadia London in Queen Elizabeth Park in May