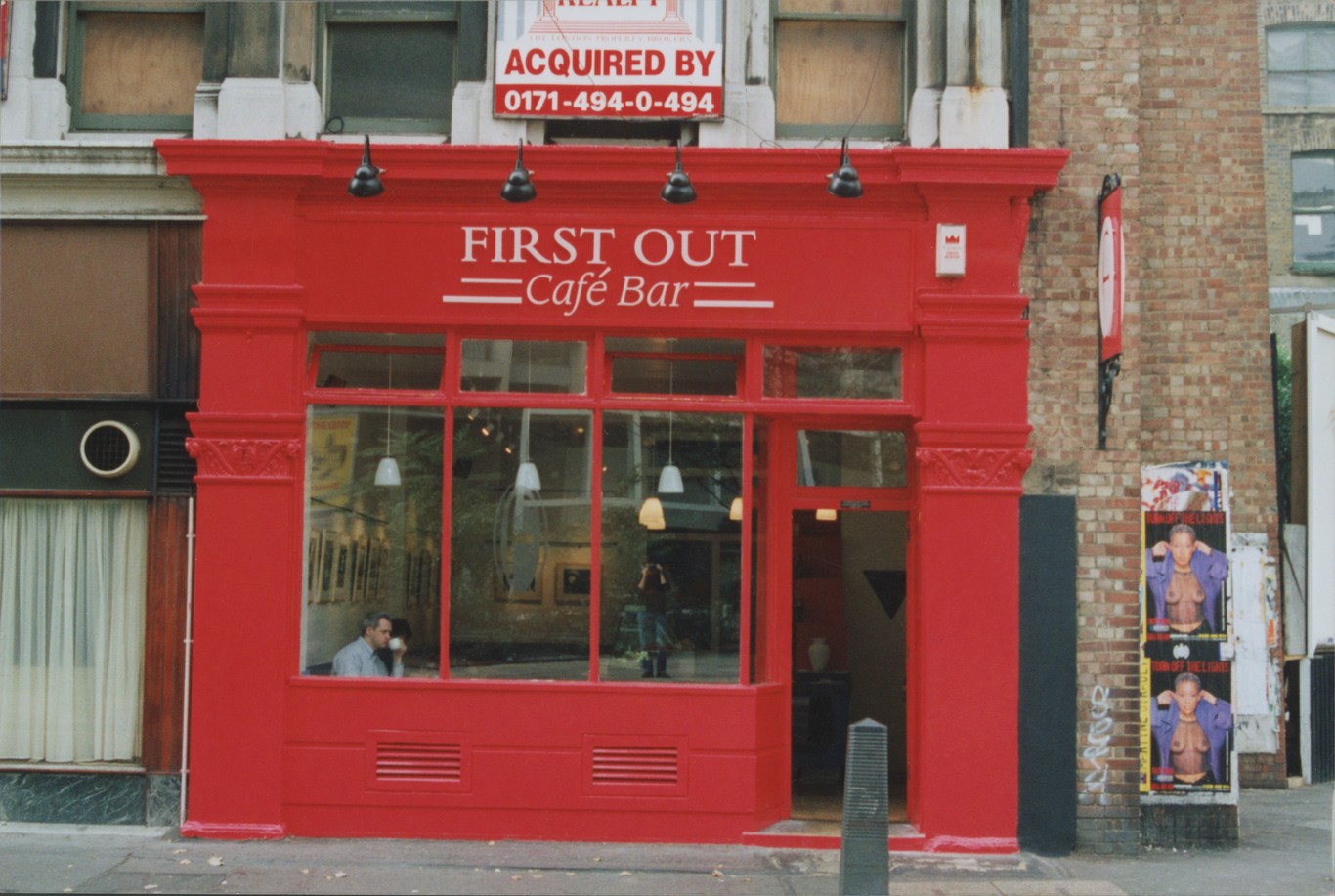 The disappearing history of London’s queer spaces at Whitechapel Gallery

How has the changing landscape of the capital affected the lives of queer people? In the 1980s, argues this small new exhibition upstairs at the Whitechapel, campaigning groups and social spaces proliferated alongside a growing equal rights movement.

One such space – and one of the capital’s first daytime LGBTQ hangouts – was First Out, pictured above. It closed in 2011 after 25 years serving its mix of vegetarian food and decent coffee (if I remember there was a slightly clubbier bar downstairs too). In fact, it was one of the first gay venues I ever went to back in the early 1990s.

Being in the slipstream of Crossrail, the cafe was bulldozed to make way for Tottenham Court Road’s new station. Fast forward to 2019 and yet more of the city’s community centres, bars, cabarets, cruising areas and other venues for exploring sexuality are of course now under threat.

The exhibition, which is on till August, focuses on the stories and artefacts of various key LGBT spaces, revealing the creativity of the capital’s queer communities. A key example is what was once the Glass Bar (1995–2008) – now the Euston Tap – a space for women, trans and non-binary patrons (read our own story on the venue here).

It’s breaking no news to say that market-led redevelopment of hundreds of spaces around London has rapidly altered the capital’s queer scene. And this is explored in the story of the demise of East London’s Joiners Arms – complete with an installation of the original rainbow flag that used to fly outside.

Also covered is the tale of King’s Cross stalwart Central Station, the continuing battle over Camden’s legendary – and still-closed – Black Cap, and the unsightly wrangles over the future of the Royal Vauxhall Tavern.

One pub less well known to me whose story I enjoyed is Marylebone’s City of Quebec, the oldest gay pub in London dating back to 1936 (or 1946, it’s a bit of a blur apparently), now preserved for good.

Elsewhere in the show look out for Ralph Dunn’s stark photos of a Lewisham toilet and a wall by Hannah Quinlan and Rosie Hastings, who toured 170 gay venues across the UK in 2015 to create a pinboard-style installation of their findings.

There’s plenty here to learn, no matter what your age or experience – and better still, since the exhibition is free, go support an LGBTQ venue afterwards. Any excuse for a pint, eh?