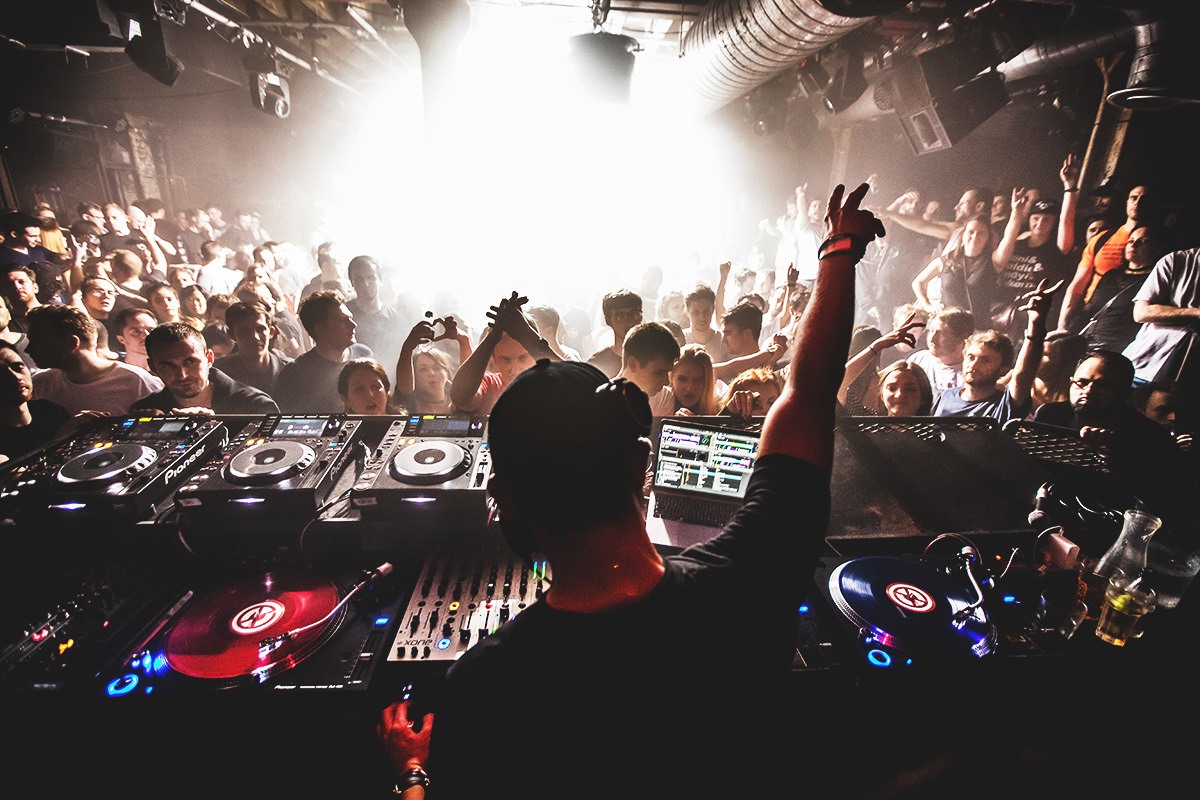 The D&B don returns for another run of 13 sold out Fridays, but with 200 tickets on the door each week, you can still come down and jump up this winter

he first weekend of the year can be a barren one if you run a nightclub. With the bountiful festive blowout having culminated on NYE just days before, at a stroke the nation’s January gym-going, booze-free intentions can empty dancefloors, (at least for a couple of weeks).

Not so down at XOYO, where tickets for the extra-tricky Friday 4th Jan sold out in a matter of seconds when they went on sale back in November.

It’s the Andy C effect, of course. Having rammed Wembley Arena to capacity in similarly prompt fashion the very same month, it’s no surprise to those that know that as we approach 11.30pm on a night when even hardened ravers have a solid excuse for being tucked up in bed elsewhere, here in Old Street there’s a full house.

Not only that, but the energy in the room is proper unseasonal, too. Resolutions are the last thing on anyone’s mind as Andy steps up to a universal roar of approval. His intro teases in the tension, cuts, drops, smashes us to bits and wheels up for the first reload in the space of one minute.

The stage is summarily set for five hours of unrelenting good times courtesy of a DJ who remains at the top of the pile, decades deep into his game.

As the first artist ever to return for a second bite at XOYO’s coveted three-month residency series, this opening night is a statement of intent. It’s safe to say the coming weeks will pick up exactly where 2017’s run, which I waxed lyrical about at the time, left off.

There’s something unique about this residency experience that simply doesn’t happen elsewhere. The crowd are all proper heads for starters, with plenty of sage nodding D&B royalty rubbing shoulders with younger ultra-enthusiastic skanking fans.

People really know and love these tunes, from the many classics to the latest cuts, so when a familiar drop suddenly rumbles into Andy’s breakneck soundscape, the place erupts as one.

That signature energy doesn’t dissipate across a five-hour set, and the feeling of a celebration of the full history of drum and bass is as strong as it was right here two years ago.

XOYO’s new layout seems to exacerbate the strong carnival vibes, with ravers on multiple levels and a fresh intensity of focus towards the booth, where this particular DJ ensures that, though we may be familiar with a load of these records, his freestyle flow means we’ve never heard them smashed out quite like this.

Meanwhile MC Tonn Piper is getting in amongst the action on the dancefloor, hyping proceedings ever further by joking and interacting right at the heart of the bubbling throng.

“It’s all so friendly,” says one Andy aficionado once the lights finally go up and we’re in the snaking cloakroom queue at 5am. He’s not wrong, there’s a proper family feel to this night. We ask if he’s coming to any of the other Fridays. “Got the season ticket!” he beams, triumphantly.

Everything coming together for nights like this requires a rare and skilled career trajectory, enjoyed by only a select few DJs ever. Amazingly, London has got this to look forward to each and every week between now and March 29th.

Make sure you get there once, even if you’re not among season ticket holders. More history-making is assured.

Andy C Residency: Series 2 is back for the second installment tonight. XOYO, 32-37 Cowper St, EC2A. 200 tickets are reserved on the door for sale on a first-come-first-served basis. Get there early. Opens at 9.30pm