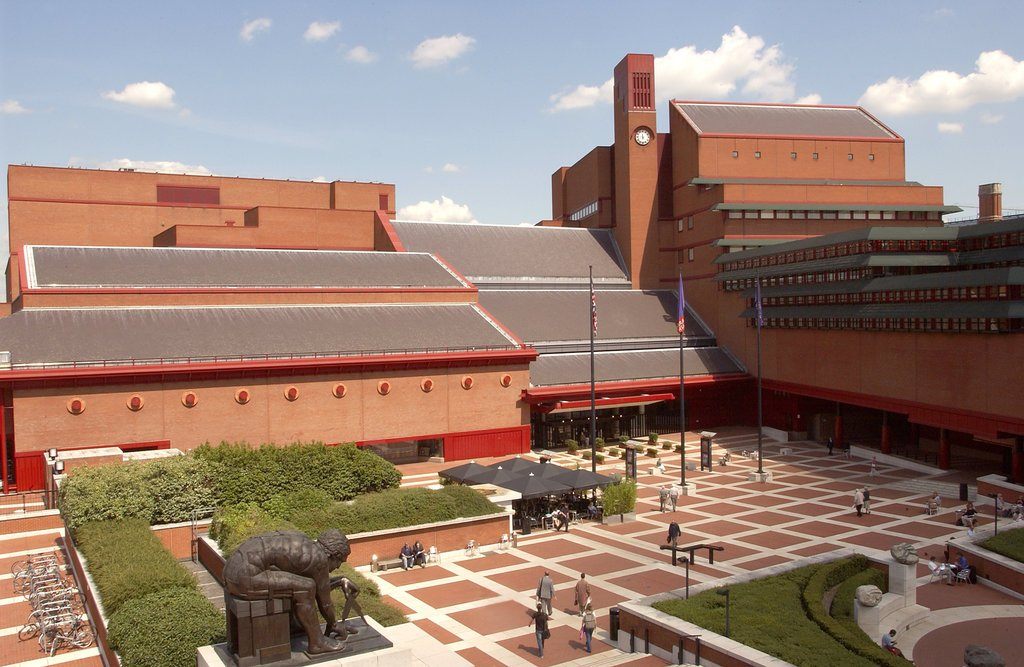 f you’ve never been before – or are something of a lapsed visitor – now may be an opportune time to visit the BL.

Why? It’s just celebrated its two-decade anniversary and, as always, there’s all manner of interesting exhibitions to check out – Windrush: Songs in a Strange Land, Sir John Ritblat’s Treasures Gallery and the Karl and Eleanor Marx showcase, to name a few.

The extraordinary space was designed by architect Sir Colin St John Wilson, the largest UK public building to be built in the 20th century, achieving Grade I listing status from Historic England in 2015.

Today the British Library’s iconic London site is used by over 1.5 million people a year – with a thriving research centre, an impressive collection of tomes, journals and manuscripts, and flourishing events programme including music, talks and festivals.

Fancy learning how to bind books? There’s a masterclass on August 4th. Interested in a screening of Tupaia’s Endeavour, the documentary uncovering the story of the Tahitian who accompanied James Cook on his first Pacific voyage? Book a ticket for the preview on July 17th.

Since 1998, when the building opened, there have also been a fair few changes, from creating the calm spaces of the Reading Rooms to the opening of a new Learning Centre in 2010, as well as the launch of the Alan Turing Institute for data science and artificial intelligence in 2015.

Next up? The plan is to develop a site at the northern end of the estate – at just under three acres it will house new spaces for learning initiatives, business and enterprise.

Don’t wait for another birthday to come and go; get down there pronto and explore.