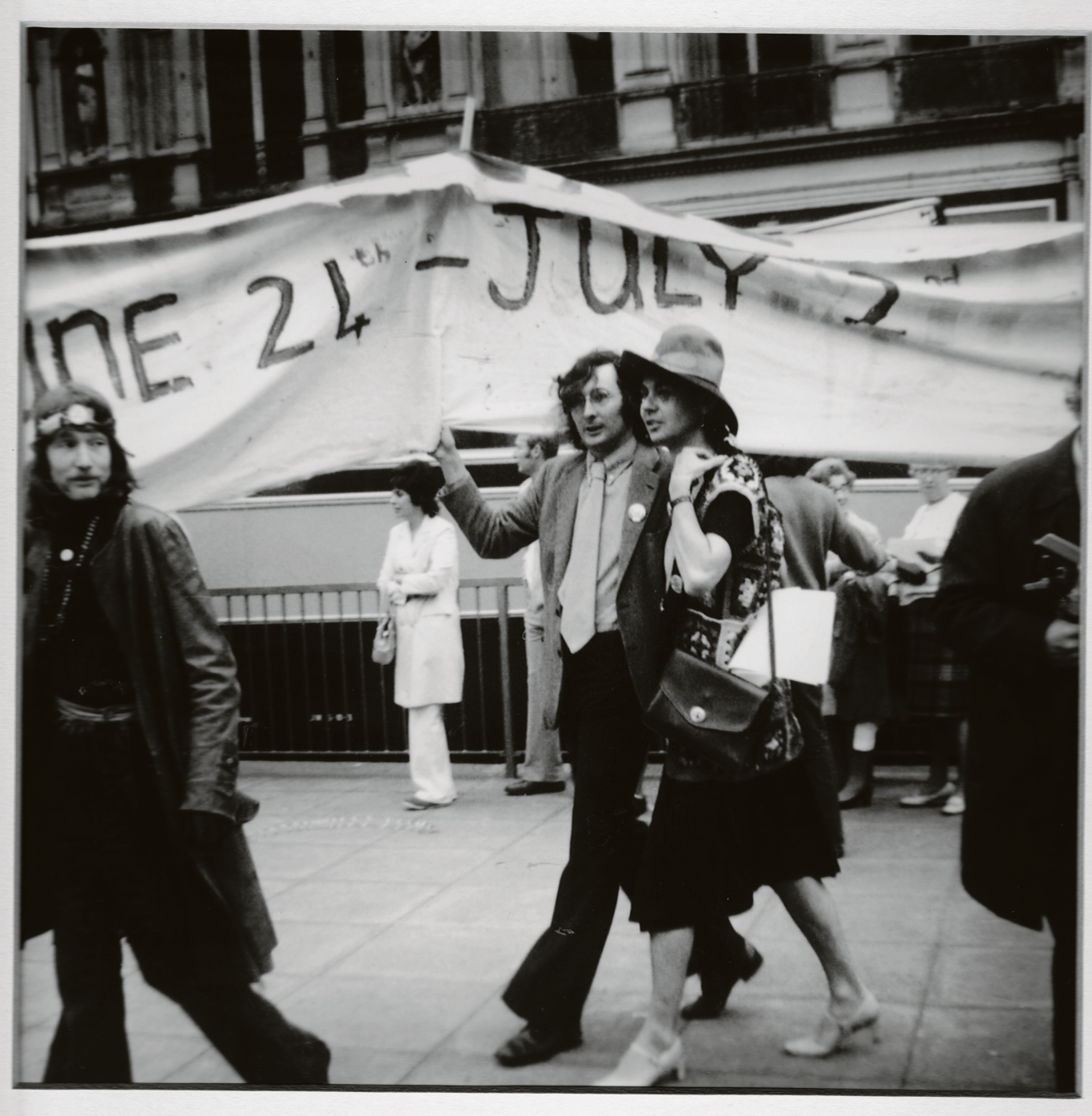 ‘The 1967 bill did nothing for the rights of lesbians, women and transgendered people’

Andrew Lumsden, original member of the Gay Liberation Front, on the slow march towards equality

On July 27 1967 – 50 years ago this summer – a bill was finally passed to change the way in which criminal law treated homosexual men.

When it received royal assent, granting gay men over 21 the ability to have sex in private, the men in question were asked “to show their thanks by comporting themselves quietly and with dignity… any form of ostentatious behaviour now or in the future or any form of public flaunting would be utterly distasteful.”

Which is why the annual LGBT History month (whose recent highlights we covered here) is so vital, to promote equality and diversity for lesbian, gay, bisexual and transgender people.

Now meet Andrew Lumsden, a man who was there at the time – and fought for equality as part of the Gay Liberation Front (GLF).

Half a century later, what do you make of the 1967 bill?
There were so many pieces of discriminatory legislation, both large and small. The 1967 bill did nothing for the rights of lesbians, women and transgendered people. The Gay Liberation Front (GLF) was a radical grassroots movement; we sought to fight oppression in all of its forms and stand up for all of its targets: our work surpassed the limited scope of the Sexual Offences Act. We were concerned with the attitudes of the police and religious organisations: their active oppression most definitely continued, despite the change in the law. Legal change is crucial, but action also needs to be taken on a societal level to change perceptions and increase visibility. So the act began a process of decriminalisation of gay and bisexual men that was only fully accomplished in Britain and Ireland with revised legislation in 2003. These things take time.

What made you decide to join the Gay Liberation Front?
I was furious about the way LGBT+ people were being treated in the UK. Despite the change of law in 1967, attitudes and treatment of the community were lagging behind. At the time, I was working as a financial journalist for The Times, when a colleague of mine posted a piece about a GLF demonstration in Highbury Fields. I went along and that’s how I found out about everything. I joined the movement in November 1970, a few weeks after the group’s first meeting. At that point around a hundred people were crammed into a room in LSE.

Are there any demonstrations that were particularly memorable?
There were so many, but two stand out. The first was outside Essex Street publishers H Allen because they were re-publishing in England an American book, ‘Everything You Always Wanted To Know About Sex But were Afraid to Ask’ by a Dr Reuben, full of lurid allegations about abortion and about gay male sex. The second was on 22nd September 1971, a ‘sit-in’ at the normally gay-friendly Chepstow pub Notting Hill who were refusing to serve people in GLF badges or drag. I was arrested after this demo. It was the only time that happened but most of us were put in a police cell at least once. We were a radical movement; it was to be expected.

Did you have a favourite queer venue in London?
My involvement in the queer scene only really consisted of going to GLF meetings. On occasion I would pop into Sombrero on King’s Road but I never really felt comfortable in gay clubs. In my twenties I didn’t fully understand my sexuality. I worked in this big Fleet Street office and was therefore constantly exposed to the open life that straight people led. Meanwhile, the fact that we could only go to a handful of venues which had to be sanctioned by the police rather disgusted me. I had a general discomfort with the idea and reality of living a semi-underworld life.

Can you tell us a little bit about the splintering of the GLF?
The GLF was open to everyone, it was not a membership organisation and there were no rules. This was a revolution – they don’t come with a rule book. By 1971 we agreed that the huge weekly meetings should stop and that we should devolve to different London boroughs. Some of the GLF’s descendants include the Gay News and The Lesbian and Gay Switchboard – an organisation that still exists and, I might add, performs an extraordinary service.

How do you feel about the recent “pardon” of 50,000 gay men under Turing’s Law?
We want an apology, not a pardon. All those men were persecuted by a bundle of laws. This didn’t happen in other countries, like France for example, where such legislation did not exist. This appalling policy was British. We then exported it to the Empire. The repercussions of these anti-homosexual policies are still reverberating around the world today and cannot simply be soothed by a posthumous pardon. A pardon is for criminals. If we choose to, we will pardon those who did this to us.