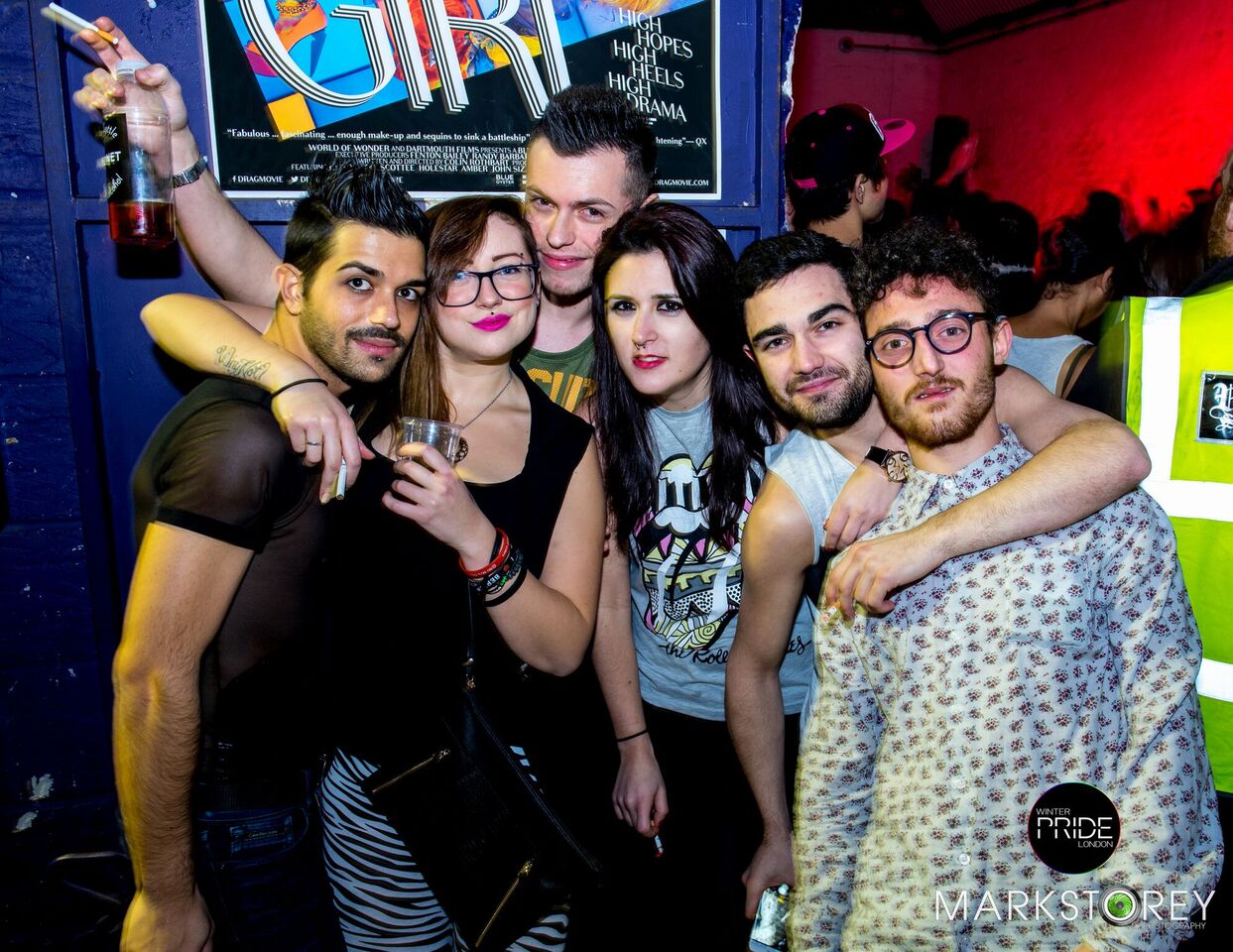 This exhibition takes a look at Islington’s LGBT heritage through the organisations, people and places where history was made. Over the next two years it aims to collect and archive as much material as possible. There are walks around the area’s significant gay historic spots on 18th (such as where Joe Orton, above, lived) and 25th February. On 28th Feb, project manager Alex Smith will give a presentation at Central Station (37 Wharfdale Road N1). Runs until 16th March. Islington Museum, 245 St John Street, EC1V

The 8th year of London’s art exhibition for the LGBT community celebrates the creativity of 38 artists, both professional and self-taught outsiders, which includes 38 Green Carnations, a work by Peter Herbert and Fionn Wilson inspired by the incarceration of Oscar Wilde in Reading Gaol. Until April 20th. Free. The Conference Centre, St Pancras Hospital, 4 St Pancras Way NW1

This discussion-support group for people who identify as trans or who are questioning their gender identity was formed in 2007 and has been meeting every third Tuesday of the month at Bloomsbury institution Gay’s The Word bookshop. Their first decade is celebrated with talks, chat and drinks on 21st Feb, 730-9pm.
Free entry, Gay’s The Word, 66 Marchmont St, WC1N

Our Story: The History of LGBT Rights in the UK

Who are the villains and heroes of LGBT history? How did England end up with its anti-LGBT laws? How did they spread across the Empire and what are the ongoing consequences overseas? This is a chance to hear the personal stories of panellists who include Caroline Paige, the first officer to transition gender in the British Armed Forces; Patrick Lyster-Todd, Director at Pride in London; and barrister Peter Laverack. 21st February, 6pm – 8:30pm. Hogan Lovells International LLP 50 Holborn Viaduct EC1A

Over 50% of LGBT venues in London have closed in the last decade. The potential for this to damage social cohesion, destroy culture and diminish safety is well catalogued. How do we protect our safe spaces while acknowledging the need for our existing venues to increase their audience base and diversity? Join a panel of leading activists and commentators. 22nd Feb, 630pm. Room 1, Islington Town Hall, Upper St, N1

No fats no blacks no fems

Being oppressed yourself doesn’t mean you’re incapable of oppressing others: far from it. LGBT people have had to struggle against bigotry and oppression for generations. This evening promises to be informative and funny, focusing on dispelling the myths surrounding prejudices as well as hearing from individuals telling their own personal story. What is the LGBT experience like for people who bridge different cultures? What’s it like to be queer and Muslim? How do we counter misogyny or transphobia in the LGBT community? 23rd Feb, 630-9pm. 184 Royal College Street NW1

Coming Out: 50 Years of gay literature

This event is hosted by the Royal Society of Literature and LSE Literary Festival and features Dean Atta, Neil Bartlett and Maureen Duffy. How has literature and performance engaged with changing attitudes since the decriminalisation of homosexuality in 1967? This panel talk about themes of gay identity in their own work and others’. 26th Feb, 7-830pm. Wolfson Theatre, New Academic Building, 54 Lincoln’s Inn Fields WC2A

Love Lust and Loathing in the Camden Literati

What did Arthur Rimbaud and Virginia Woolf and friends get up to? How does our experience now compare? Poet Laureate Trudy Howson explores these ideas through poetry, prose and personal experience. 26th Feb, 6-9pm. Princess Louise Pub, 208 High Holborn WC1

From Nigeria to London – an LGBT refugee’s story

Davis Mac-Iyalla is a Nigerian LGBT rights activist who established the Nigerian wing of the British Changing Attitude organization, which presses for internal reform of the Anglican Communion for further inclusion of Anglican sexual minorities. He’s faced stiff opposition from both the religious elite and their lay constituents in Nigeria and has been granted refugee status here. He’ll discuss how he has settled in north London after leaving his homeland. 28th Feb, 8pm. Islington Central Library N1
This is box title

And not to forget…. Winter Pride

Who remembers legendary 1990s club night Popstarz? It was the sort of place where anything goes – and normally did. It returns next month to the Scala as part of the fourth annual Winter Pride. The event promises to be bigger and better than ever with four rooms of entertainment and special pyrotechnics. The DJ line-up includes Guy Williams, Jamie Bull, Tommy Turntables and Michelle Manetti, all spinning classic R’n’B, 90s Britpop, motown, and ‘guilty pleasures’. If you’ve never been, Winter Pride caters for the entire LGBT+ community and hosts specific women’s and Trans spaces alongside mixed rooms. Early bird tickets are now on sale from £10 with a donation being made to Switchboard, the LGBT+ helpline. Feb 25th. More details here