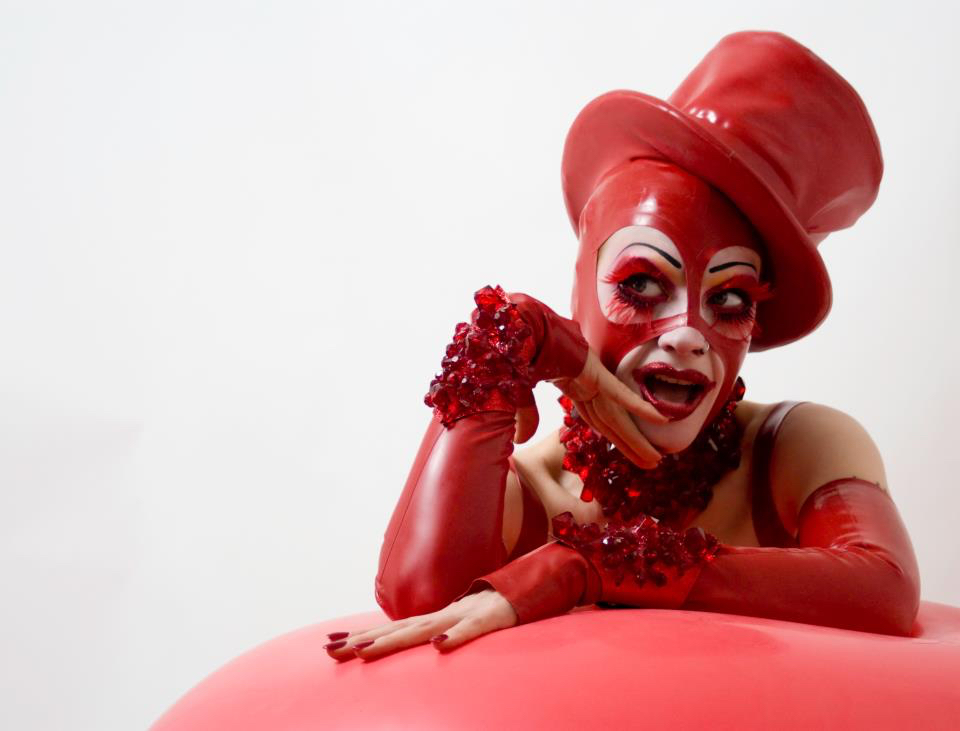 Step into the world of the performers at one of London’s most outlandish Saturday-night-cum-Sunday-morning experiences, which celebrates it's second birthday at Egg London this weekend


Egg London has earned its rightful place as one of our city’s most deliciously edgy night-time playgrounds. Starting life as the offices of infamous gay after-hours pioneers Trade, the space has developed relentlessly and spawned new dancefloors, outdoor terraces and labyrinthine passageways in which to seek adventure.

And despite the shiny new apartments that creep ever closer in this formerly undesirable stretch, the venue retains its underground chops. That might have something to do with the kind of people you’ll encounter once inside, especially at stupid-o’clock on an incongruously sunny Sunday morning.

Berlin Berlin is the venue’s signature in-house party, a quarterly homage to the redlight spirit of that city, from its notorious cabaret clubs of the 1920s right through to the modern-day techno excesses at industrial rave palace Berghain.

“We’re bringing a different and unusual style of party to London,” says legendary promoter and club owner Lawrence Malice, “fusing the idea of having Berlin’s finest DJs spinning, while in the main Garden warehouse room the headliners play as our cutting edge performers present their unique, avant garde shows, inside a boxing ring! The idea is to mix up all types of crowds and bring them together in a world they’re not used to, where anything goes.”

And with a troupe of weird and wonderful creatures lurking around every corner, the stage is set for a night free from dull convention. Performer Ruby Bird and her partner in crime, the delicately named Von Kuntz, love exploring the body as a canvas for presenting the unexpected.

“To us, costume is a portal,” they tell us, “a potential avatar to another world, species or identity. The body becomes a stage for the costume as part of a personal theatre. The aesthetic transformation can suspend, for a moment, our sensible beliefs to enable us to reside fully in our imaginations.”

Meanwhile, resident fetish cabaret queen Marnie Scarlet (pictured above) has a thing for latex. Not only does she perform wearing it – rubber providing what she terms the “ultimate transformation” – but by day she works with it too, creating stunning latex couture for top fetish brand Libidex.

“I’ve been a latex designer for 20 years and the process of making the clothes is a complex method of gluing and cleaning the fabric,” she reveals. “Latex has no limits for me. I can mould it to whatever fantasy I want to be; super heroine, super villain, creatures extraordinaire. It’s heavy, which is sometimes a bit annoying as my costumes weigh a ton, but when worn it moves fabulously on stage.”

Beatrix Carlotta (pictured below) is another artist you’ll encounter at the next event, this weekend’s second birthday party blowout. She finds this city more receptive than ever to the kind of experimental outfits she adores.

“It feels like cabaret has gained further mainstream awareness and relevance in London over the decade I’ve been living and performing here,” she says. “I remember back when I was studying at Central Saint Martins, feeling like I often had to prove the academic validity of my practice and, at times, even defend where I was practicing it. These days graduates seamlessly transition right into the industry from London’s prestigious art universities. It makes the industry more challenging, but also more vibrant, and demonstrates a positive cultural shift in acknowledging the craft’s artistic accreditation.”

Clothes, or the lack of them, are clearly are only part of the beguiling magic of a good cabaret act. Burlesque enchantress Syban incorporates all sorts to stimulate the senses. “Using a blend of ritual, blood, chaos, ballet and my artefacts, I create visual beautiful and disturbing public exorcisms,” she says of her performances.

Admitting to us that some of her earliest nightlife experiences were at Egg, as a precocious teen of undisclosed age, strutting her stuff in homemade outfits “it was a very freeing and formative experience,” she grins. “Escape from what is monotonous is very important for the soul, as is dancing with lots of beautiful strangers for many hours.”

And that transportation from reality is an important theme, not just in the acts, but for the clubbers, for the whole night. Berlin Berlin operates a no-camera-phones policy, just like the mighty Berghain, to bring people back into living in the moment, and protect the otherworldly, sexy sanctity of the space.

“Sometimes clubbers spend so much time doing selfies that they forget to look around and see the amazing people and just enjoy a night on every level,” says promoter Hans Hess, of the decision to place stickers on everyone’s phone lens.

“Everyone needs a Never Never Land,” agree Ruby and Von Kuntz. “Clubland provides a physical one, as opposed to the digital one of social media. It’s been a huge part of our growing up, escaping to a place where people look like birds of paradise and it’s ok to stay up all night. The normal rules of today’s world go out the window. Sensation, dance, engagement, they are all real, conceivable things to enjoy. Having that opportunity is vital to sanity.”

“For me the highlights are always the amazing performances,” says Egg’s Artist Liason, Ricardo Castro. “Glamorous, decadent, outrageous, sometimes shocking: the performers we work with never let us down. But we love the effort our crowd put into dressing for this event too.”

And there’s the rub. Anyone is welcome to participate in this chaotic nocturnal ephemeral artwork, just by being present. The blank canvas is not only your body, but also the dancefloor. Are you ready to get involved?

“I love the clubbers the most,” says Ruby Bird. “I often can’t tell performer from party goer. Everyone is so exuberant, fascinating for a people-watcher like myself. I always feel like I’ve been let into a secret world.”