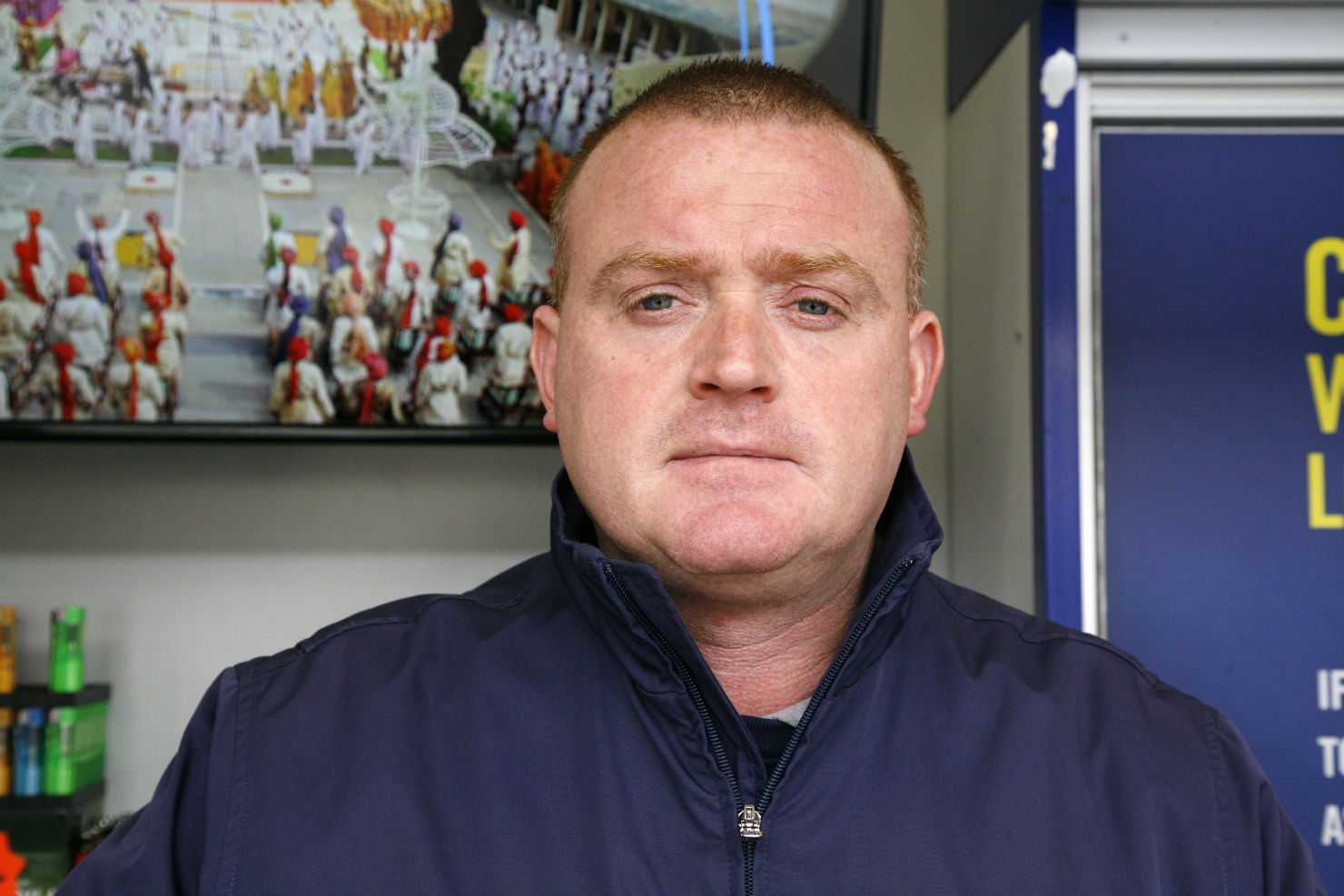 It's been there since 1914, and has withstood two world wars, the 7/7 bombings, and gentrification. Meet Andy Stephenson, who's been at the helm for the last 23 years

Andy Stephenson, 42, knows King’s Cross in a way that few people do. Having worked in the same news stand, situated right in front of main station for over two decades, he’s had a front row view of one of the most radical redevelopments this city has known in recent years.

While “working on the streets” (as he puts it) in his confectionery-coated watchtower, Andy has witnessed the 7/7 bombings, the opening of St Pancras International, prostitution, gentrification, police clampdowns, public drug use and hordes of lost tourists Google-mapping their way through London.

In a part of the city that is constantly transitioning, his inconspicuous news stand is a staple of King’s Cross. As everything around him changes, his regulars, his picture-perfect knowledge of the area and his pledge to “always give the correct change” cannot be altered.

Are you a Londoner?
Yes I am, but I’m a bit of a cheat too. I was born and raised in Islington but now live half the week in London and half the week in Devon. My parents retired down there and one weekend, on a bit of a whim, the wife and I decided that Devon is where we wanted to move to raise our kids. I actually have a very good balance between working in London and “holidaying” in Devon – as I call it to aggravate the missus. I do love my city but it’s safe to say that I love it because I can escape it every weekend.

Why did you raise your kids away from London?
In my opinion, it isn’t the place to raise kids. Working on the streets, in an area like King’s Cross – or at least what King’s Cross used to be – I have seen some terrible things. Obviously, I know how to handle this city, I’m streetwise but I know my kids couldn’t handle it. I may have suffocated them a little but protecting your kids is the role of a father.

What did King’s Cross used to be like?
The area was totally different 15 years ago. Every day you saw something – something odd, something horrible, something disgusting. There were drug users shooting up right in front of the news stand, the place was crawling with prostitutes and pimps, the police would do regular street clearings of homeless people. It was a very rough place to be.

And now?
Since the regeneration of the area, it’s a much nicer environment. You see a much greater mix of people and the whole atmosphere has changed. I must however admit that I have started to notice the rough days creeping back into the area again. There are lots more people sleeping on the streets and considerably more people begging for money. In the evening times, it is as bad as it used to be. A couple of days ago, I was walking from here to Northdown Street (a three minute walk) and I got asked for money four times.

How has business changed in such a changing area? It used to be all about newspapers and magazines but now everything is online. Twenty years ago we used to order in 400 copies of The Sun a day, now it is only 60 and we rarely sell all of those. Cigarettes and souvenirs are the big sellers now, what with the amount of tourism in the area and the opening of the Eurostar. Sometimes I feel like I work in a Tourist Information Centre. I am inundated with people asking me where the British Library is, how do I get a bus to the centre, where is good to eat around here. At busy times, it’s slightly annoying but I am patient and tolerant. We have all been the lost tourist before and it costs nothing to be polite.

Would you relocate the news stand to another area?
I am more than happy here. This stand has been here since 1914, this is where it belongs and it would be a crime to uproot it. It has withstood two world wars, it held its own during the regeneration and gentrification of the area and witnessed the 7/7 bombings. I was in fact standing in this very kiosk when the blast went off. I stood helpless as people came streaming out of the station with soot all over their faces. They initially told us that it was a power surge but it was a terrifying time. We had just had stock delivered that morning so I asked the police if I could stay in the news stand, and lasted until 9pm, when the evacuated area was nothing but a deserted ghost town. A surreal experience.

As this changing city has hurtled past our news stand, it has kept its foundations. On my part, it has taken twenty years of working on the streets of London to make this kiosk what it is today. The streets and the people who walk on them have taught me everything I know about this city.

Want to be featured in our 5 Minutes slot? Email us info@gasholder.london