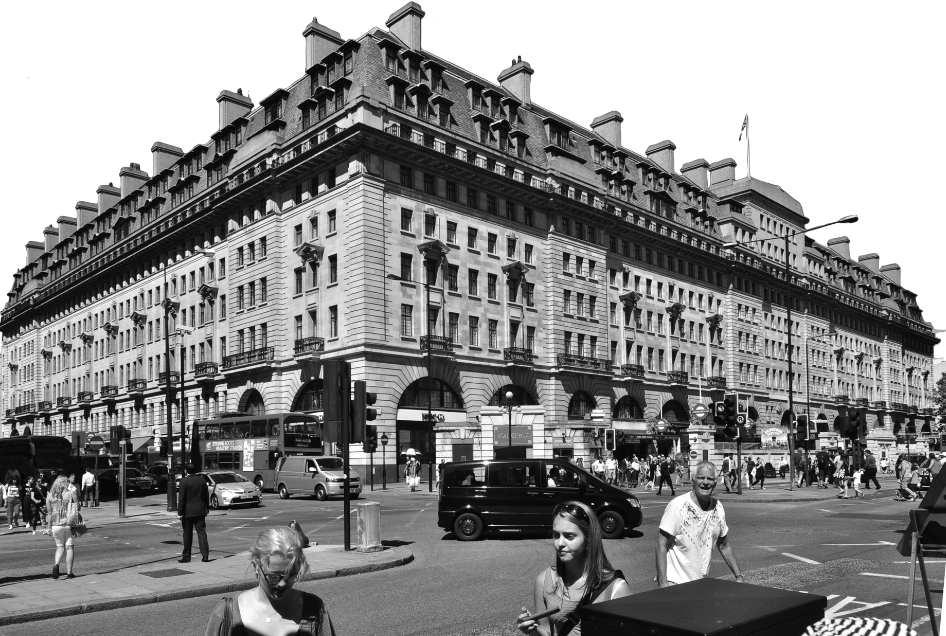 The Metropolitan Railway, the world’s first underground train service, began operations in London in 1863, connecting Paddington in the west with Farringdon in the east. The route was driven using the cut and cover method, where earth is excavated, brick walls and a roof where needed are constructed and the spoil is then replaced. Trains were hauled by specially designed steam locomotives. The line – still in use today – was soon extended and later helped create ‘Metro-Land’, the Railway’s development of the northwest suburbs between the wars.
This is box title

Baker Street station’s small buildings either side of Marylebone Road were replaced in 1911 by a single block to the north, larger and with rusticated arcading. It survives as the ground floor of Chiltern Court, luxury flats built by the Railway in 1930. 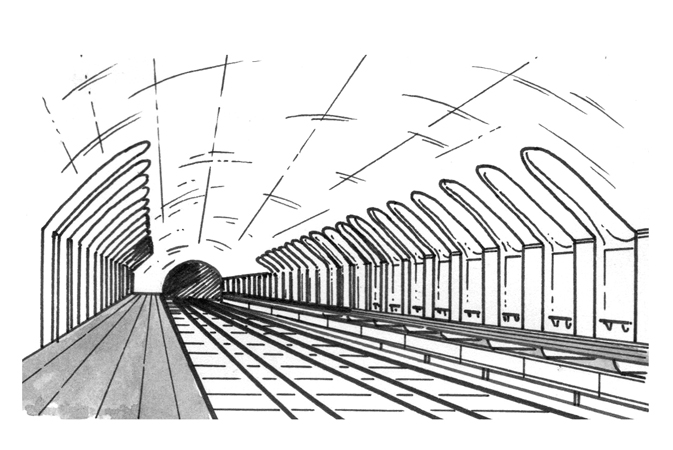 Wells in Baker Street’s tunnel walls, lined with white tiles, funnelled daylight down to the platforms and took fumes away via iron gratings. These were lost in subsequent rebuilding work above ground, but with electric traction artificial light now does the remaining job. 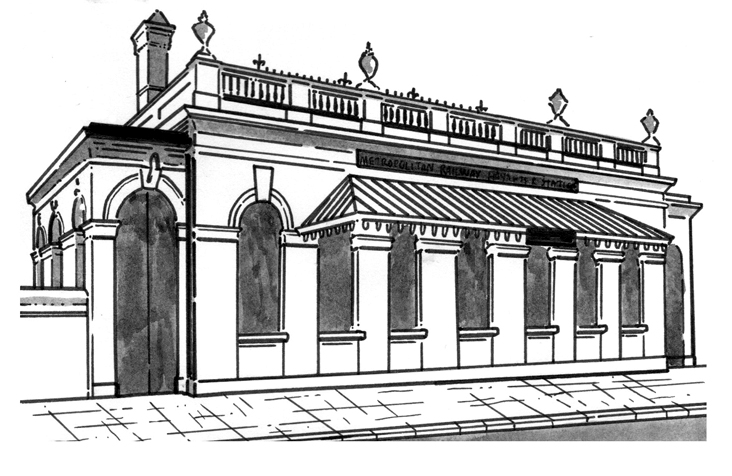 The stations’ architecture was modest though still classical, curious perhaps given the technological advances they announced. On the initial section rendered brick simulated stone, both rusticated and ashlar (smooth-cut); on the extension, bare brick was deemed sufficient. Bayswater remains, behind clutter. 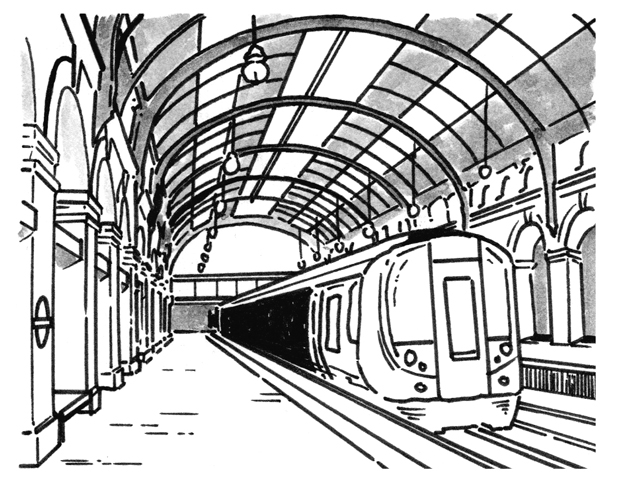 Most stations had their platforms covered by arched roofs braced by the retaining walls of the tunnels. Notting Hill Gate’s reconstructed example, shown here, demonstrates how the curved iron ribs were sprung from iron corbels. Brick is laid as arcading with Tuscan pilasters. 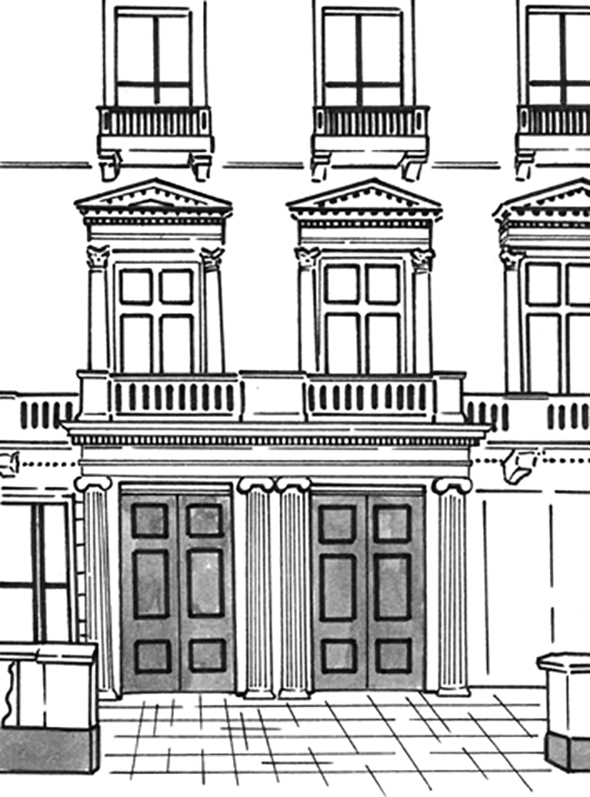 An unusual legacy can be found in Leinster Gardens. Numbers 23 and 24 had to be demolished to allow the locomotives running below to be vented, but carefully produced fake frontages with blank doors, absent letterboxes and windows with no glass maintained decorum.

Words and images extracted from How to Read London: A Crash Course in London Architecture, Chris Rogers. Published by Ivy Press, RRP £9.99.