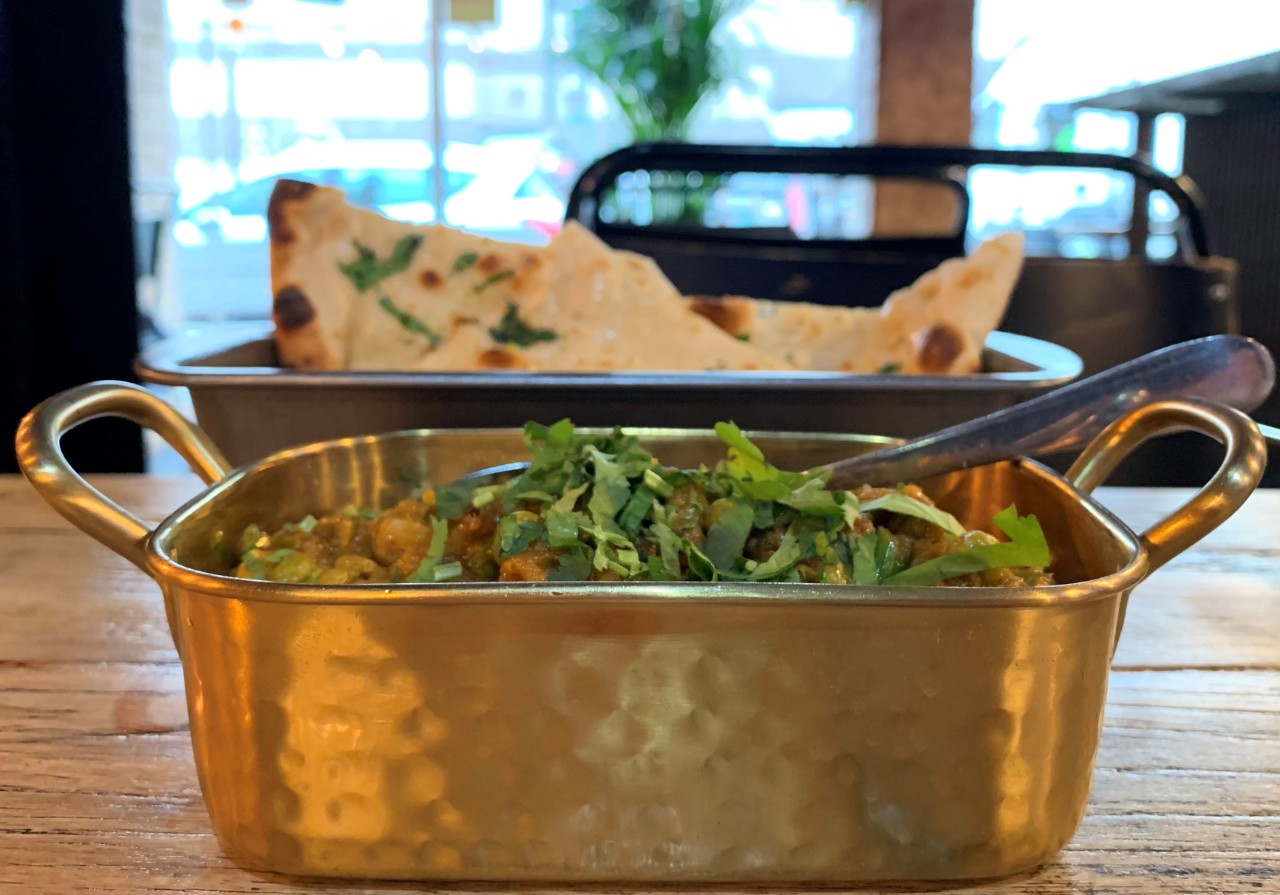 For a couple of years this prime spot was occupied by awesome burger joint Cattle & Co. Sadly that closed last year, but now an intriguing new modern Indian diner has taken its place. And like so many other businesses, it opened just before Covid took hole – and so now needs all the support it can get.

Translating as ‘traveller’, it’s an appropriate name for a restaurant a naan bread’s hurl from the hectic concourses of both Euston and King’s Cross.

The focus is regional food from the north-west regions of India. It’s the brainchild of owner Prashant Patel, who was born in a small town called Vadodara in Gujarat. “I studied hotel and catering in India,” he says, “and then travelled to England in 2005 to complete my education.”

Meanwhile, head chef Hemant spent many years in India travelling and working in a range of establishments, now the inspiration behind many of the menu’s signature dishes.

“It has taken years for Yatri to evolve because we wanted to make sure that everything was in place before we opened our doors,” says Patel, “namely the right suppliers, staff that were as committed to our ethos as we are, and a chef that has the passion and experience to transport you to India through smells and taste.”

Retaining the contemporary interior of its predecessor, it’s an undeniably stylish space with a succession of small, cosy dining rooms, and a la carte menu of classics, from small plates to curries.

The good value set lunch meal is a tenner and, as I discovered, makes a useful and swift intro to the place. Eschewing the meaty and vegetarian options (although the paneer sounded 100% delish), I vogueishly ordered vegan.

A crisp naan came smothered with pungent minced garlic and parsley, and proved extremely moreish dunked into a generous portion of smoky aubergine curry. With its notes of spring onion, and a gingery kick yielding just the right amount of fire, it was velvety, chunky and nutritious: plant-based scran at its most healthy (no seitan or fake meat here, folks).

The set menu also includes a hot drink – a strong green tea proving a satisfying digestif – but it’s also fully licensed, with a wine list and local beer on offer, too. “I’ve always had an affinity with food,” says Patel, “and am passionately protective of my heritage, and that what’s served is genuine.” On the strength of this brief visit it’s
mission accomplished.