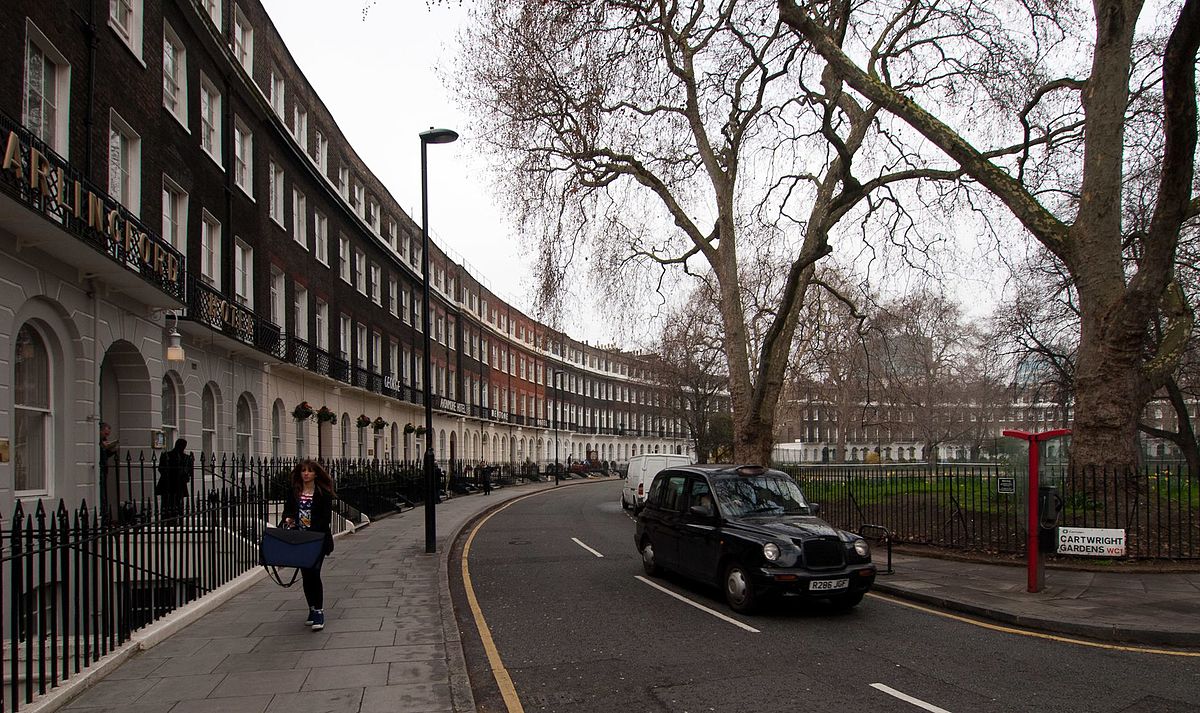 Why Bloomsbury is so tricky to locate

When chatting to people about my research on Bloomsbury over the last ten years, I’ve often found that they know a fair amount about its inhabitants, writings, institutions and events, but are surprisingly hazy about the whereabouts of the place itself.

Such is the influence wielded within the popular consciousness by London’s Underground map, Bloomsbury being one of those celebrated London localities which, being untethered to the name of any tube station, can prove peculiarly hard to locate.

Actually, the precise cartographical limits that define where Bloomsbury begins and ends have always been a matter of dispute. For the purposes of the straightforwardness of his dimensions, I go along with Edward Walford’s view, in 1878, that ‘the district now known under the general name of Bloomsbury lies on the north side of Holborn, stretching away as far as the Euston Road, and is bounded to the east and west respectively by Gray’s Inn Road and Tottenham Court Road.

These major roads, which form a fairly equal parallelogram, circumscribe Bloomsbury, each of them acting as boundaries that demarcate the place from other neighbourhoods that also have distinct histories and characters. Between the west and the east of the central core of the city, the neighbourhood was for much of its modern history defined as a kind of social threshold between London’s rich and poor.

As R. W. Surtees put it, in 1843, Bloomsbury was ‘a curious locality, – city people considering it west, while those in the west consider it east.’ After the mid-nineteenth century, when three of London’s major railway stations were constructed alongside its northern border, Bloomsbury became a cosmopolitan gateway not only to the North and Scotland but, via cities like Liverpool, Glasgow and Hull, to foreign climes too.

Meanwhile at its southern border of New Oxford Street, the city’s intellectual hub rubbed up against not only the slums of St Giles, but also the theatreland of Covent Garden. According to Wilkie Collins, in 1883, Bloomsbury was ‘alike out of the way of fashion and business; and… yet within easy reach of the one and the other’. Bloomsbury’s identity – betwixt and between – has always been produced out of its dynamic relation to its neighbours.

In that same period, however, Bloomsbury gradually established itself as a different kind of centre within a modernising metropolis, one defined by intellectual endeavour and middle-class professionalism. By the early twentieth century, when both the ‘Bloomsbury Group’ and T. S. Eliot, as editor at Faber, had become associated with the area, Bloomsbury was known as a base for a kind of literary and artistic establishment, which set itself in opposition to what they perceived as the dominant tyranny within modernity – the mass market.

Bloomsbury’s history is characterised, then, by its curious relationship to the establishment, the area having transformed itself from a suburb to the centre of writing and thinking in the Anglophone world.

Beyond the blue plaques that proliferate continually in this part of town, any walk through this locality will open up questions and begin to unearth aspects of the place I’ve here neglected.

This is an edited extract from Matthew Ingleby’s Bloomsbury (British Library), £10, available here.