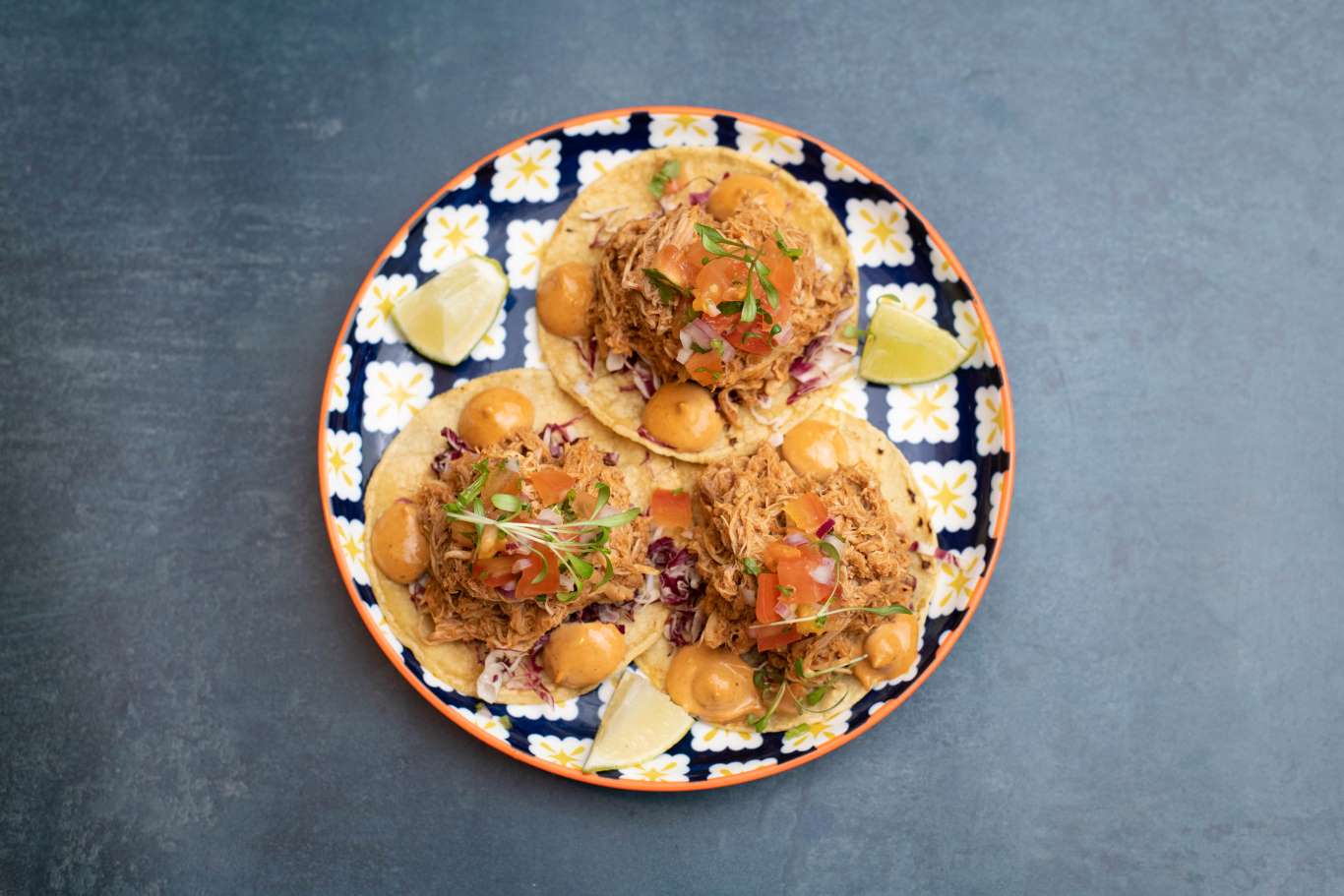 MUST DO: Taco Tuesday at Caldera, Hackney

You can’t go wrong with the midweek-brightening social media phenomenon known as #tacotuesday. And most wallet-watching Londoners would, we reckon, travel right across town for the best deal.

If that sounds like you, hotfoot it over to new E8 Mexican fusion arrival Caldera, its name derived from the Spanish word for cauldron. Situated at the southern end of Mare Street, near the awesome but always rammed Mare St Market, it’s also a handy hop from London Fields Overground.

The restaurant occupies one of those soulless new-build office blocks that have sprung up everywhere in the capital, and so the wood-meets-steel interior works hard to create atmosphere: there’s an open kitchen (fairly noisy on our visit), low hanging lighting, colourful cosy booths and a bar area. And being Hackney, the people-watching on the pavement beyond the windows is always entertaining.

More importantly, on the second day of the working week, the tacos – from a short menu by head chef Ernesto Puga Cardoso – are a snip at £3 for two (rather than £7.50 upwards for three). So you can pig out for not (that) much dollar.

If you want to spend a bit more, we’d advise trying a signature dish (from £8-16) or two as well. From half a dozen mains, a cactus and papaya salad tossed with roasted almonds, goji berries and cherry tomatoes, was a zingy palate cleanser; but better still was grilled octopus, marinated in black chicilo ash. A real flavourbomb, the ash – which is made from onions, peppers and chillis cooked down and down – is mixed with goma, a black sesame paste, smothering the tender charred tentacle. It proved a highly pretty plate, too, with blobs of fruity hibiscus mayo and tart, fiery yuzu kosho aioli.

In short, this is one cauldron worth jumping into – especially, of course, on that most dreary day of the week.

Gasholder ate as guests of Caldera. For more on our food reviews policy see here