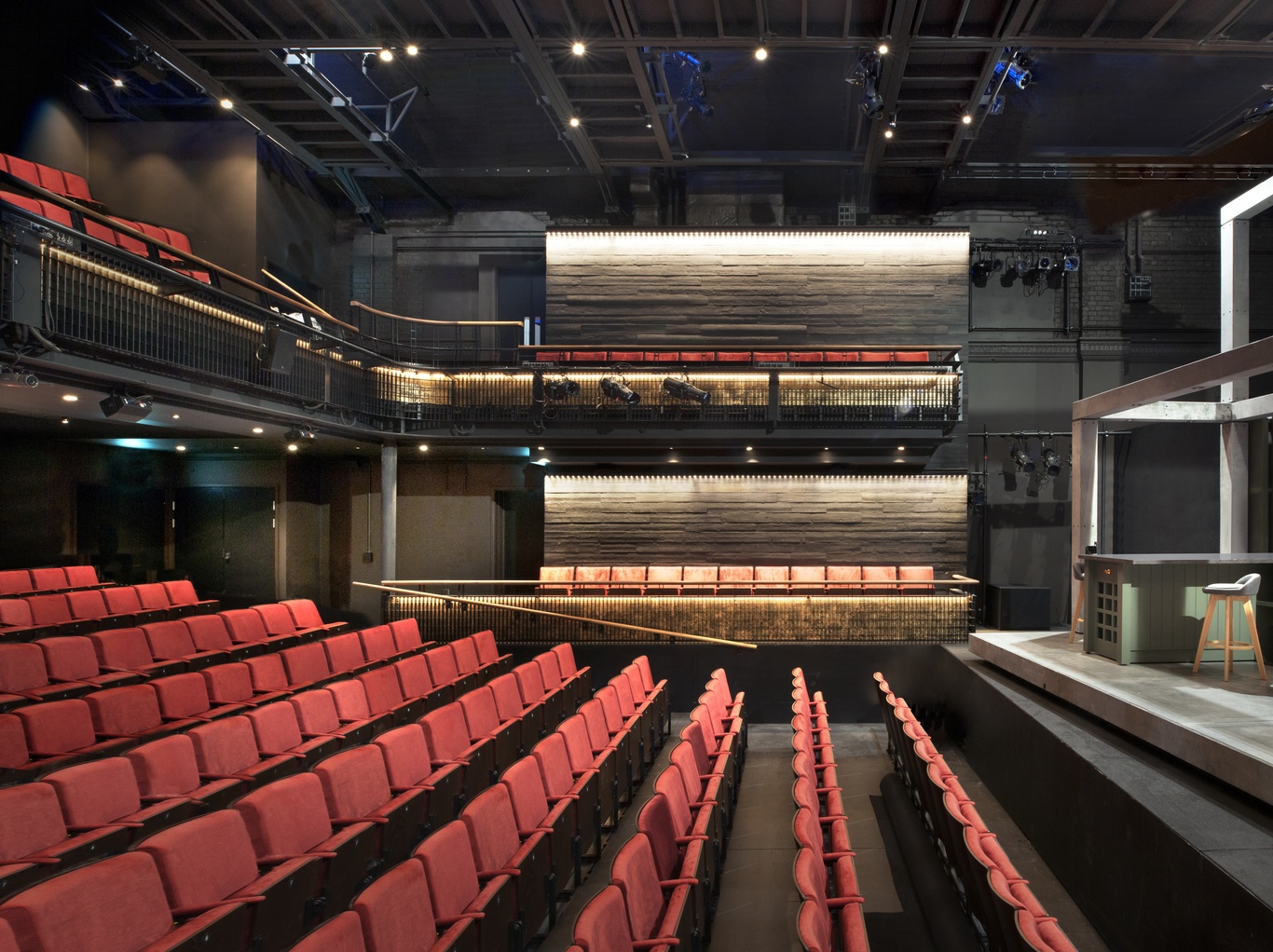 Kilburn’s former Tricycle has just reached a year in its new incarnation. Never been? Here’s all you need to know

What is it? The controversially renamed Tricycle Theatre has been going for just shy of 40 years on lively Kilburn High Road. Before then the elegant building, which dates back to 1929, was a meeting hall for the Foresters’ Friendly Society.

Why was the renaming controversial? Because it was felt by some supporters that the Tricycle was synonymous with innovative and cutting-edge productions, and the name-change wasn’t needed. The word Kiln was chosen for its location-referencing echoes, as well as its “sense of warmth,” the owners say.

I’ve never been. Talk me through things. The spruced-up theatre has had quite an overhaul and is rather glam. There’s an attractive all-day café-bar at the front of the building, with pavement terrace and doors wide open onto the street. A seductive corridor with illuminated Kiln logo leads you to the main theatre bar and high-ceilinged dining room, with the box office and general WiFi-driven co-working hangout beyond.

What can you recommend? We caught one of the final performances of the critically-acclaimed play Wife, by Samuel Adamson, a clever, well-rounded meditation on gender, queer identity and unrequited love.

But presumably that’s finished? Yes, and for the remainder of the summer you can soak up the musical Blues in the Night, playing until 7th Sept, set in 1930s Chicago and stuffed full with memorable blues and jazz numbers.

Is the Auditorium comfy? Absolutely, especially compared to many West End theatres. Decent padded pull-down seats, not too tightly-packed rows and a house of almost exactly the right size (capacity 235). Sitting in the stalls we enjoyed a 100% perfect view of the stage, with all its impressively hi-tech scene changes.

Is the bar a scrum? In a word, yes, at interval time. There’s the usual on-trend offer of craft spirits , local beers and posh wine starting at £28 a bottle (our Primitivo was a slinky and strong 14%). It was so busy, in fact, that the bar staff could barely keep up with the demand for bespoke cocktails and premium G‘n’Ts.

How much is it? Tickets range from £12.50-£32, which puts it very much in the affordable theatre bracket. There’s also a well-priced cinema, with midweek seats at £6 and peak tickets £9.50.

Can I eat before? Sure, in the Kiln Kitchen, a rear space with atrium ceiling, bare bulbs and absorbing theatre history timeline on the back wall. There’s an a la carte evening menu that offers two courses for £19 and three for £22. (Pre-book or arrive early, as we did at 6pm; shows start at 730pm.)

And is it much cop? Starters included a simple plate of ham with black truffle oil and parmesan shavings, or ricotta cheese with sundried tomatoes and rather hard ciabatta crispbreads. Mains were undeniably superior: baked cod came fleshily opaque in a smooth pea-green lettuce sauce, with charred baby gem, almonds and a mellow mound of olive oil mash; and garlic and thyme-marinated chicken breast straddled a summery salad of giant couscous studded with roast pepper and red onion. Perfect pre-theatre fare.

In short, we really like: the fact that Kiln’s doors are open for all, with two thousand free tickets per season to people who may never have been to a theatre before. We also like that it’s a “local” theatre which wields international influence, based in – apparently – the most culturally diverse borough in London (Brent, where a third of young people have English as a second language). With its USP to amplify “unheard voices” into the mainstream, it should be commended and supported.