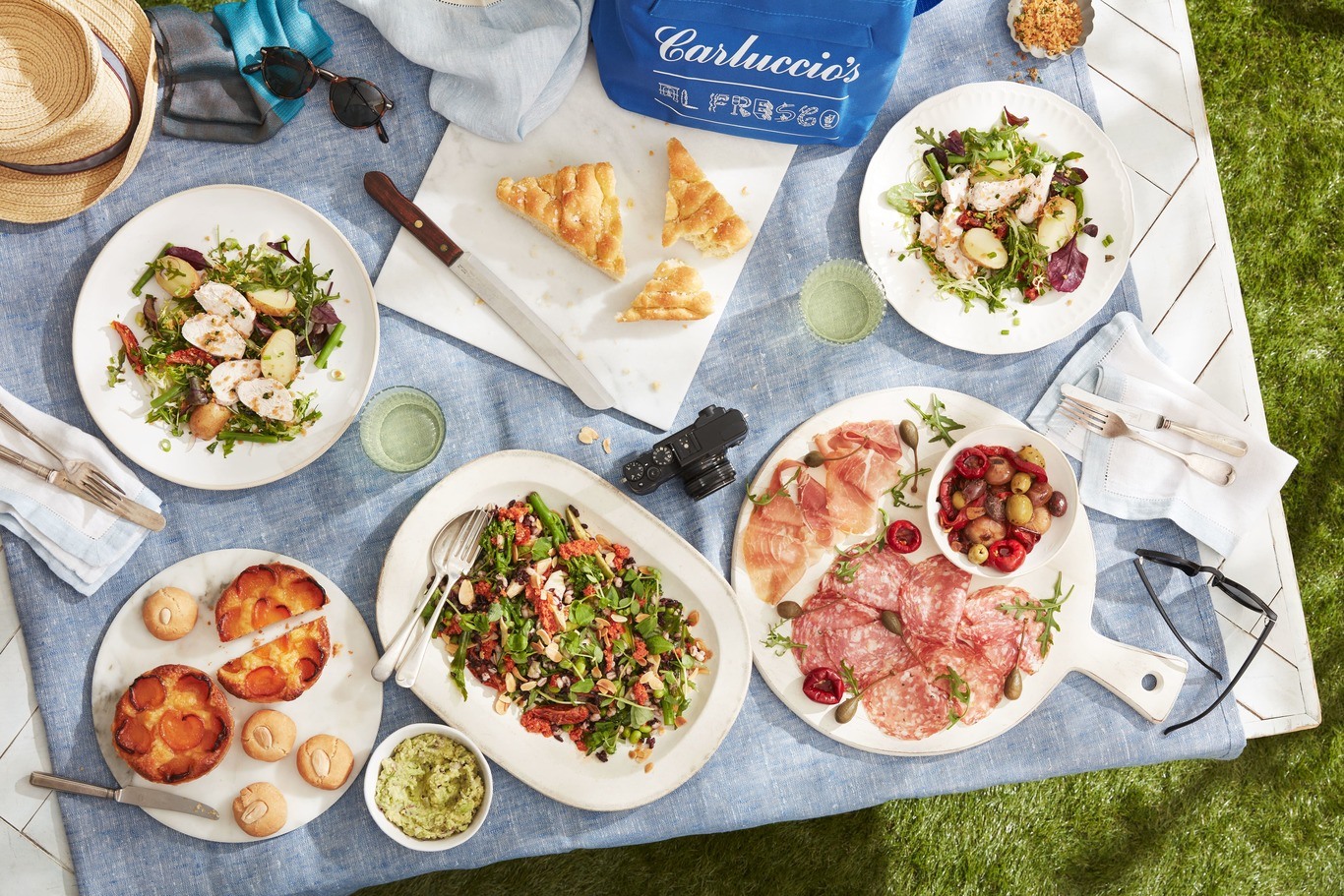 Be hungry: this is a proper feast for a bucolic summer evening

Until I collected my pre-ordered hamper from Carluccio’s – a chain I haven’t stepped foot in for years – I had no idea how friendly the staff are. Well, at least in Hampstead.

“Will you be having this now – with your wife perhaps?” wondered the smiling woman at the counter. “My husband actually,” I answered, and, without missing a beat, she soared into anecdotal overdrive about the time a man took her to Parliament Hill in his sports car, armed with a lavish picnic. “He’s now the father of my three children,” she added. “He will love you after this!” By which I assume she meant my husband – not hers.

So, what do you get for the money? Firstly, a rather fetching reusable coolbag that’s good quality enough to last for many more picnics. Upon arrival at our chosen lakeside spot on Hampstead Heath, we fished out the various containers, packed in somewhat makeshift fashion. From the plant-based or meaty options we went full-throttle carnivore.

First shock was how much food there is – but hell, it is £45 a pop. But while they’re advertised as for two, the hamper could happily feed four people, which makes it much better value.

As a starter, fresh focaccia and a dozen not insignificant breadsticks played bedfellows to two vast antipasti dishes: flaps of prosciutto ham, marbled salami, robust poponcini peppers, balsamic onions, fleshy olives, dangly caperberries and sweet and sour peppers. Raisins and flaked almonds were scattered to finish. This is stuff I can hoover up.

Next up were two individual chicken salads, huge hunks of breast lounging on a hillock of green beans, semi-dried tomatoes and mixed leaves, with garlic herb breadcrumbs and a balsamic dressing. Only slight downside? The new potatoes were too al dente, so we kept them aside and fried them crisp for the following evening’s dinner.

The substantial side dish was a vegan delight: orzo with pearl barley, black rice, tenderstem broccoli, artichoke, peas, soya beans, tomato pesto and smashed avocado. This one defeated us, so we ate that the following night, too. In fact the highlight – despite my lack of sweet tooth – was an apricot tart, golden-charred. We shared one, and polished off the other in the morning for breakfast.

The only disappointment? A thin Sicilian red wine, barely redeemed by both scenic setting and other delights. But overall, this hamper is way more fun – and homespun – than you’d expect from a mid-market chain on the high street.

Picnics, £45, are available at all branches until the end of the summer: carluccios.com/picnics