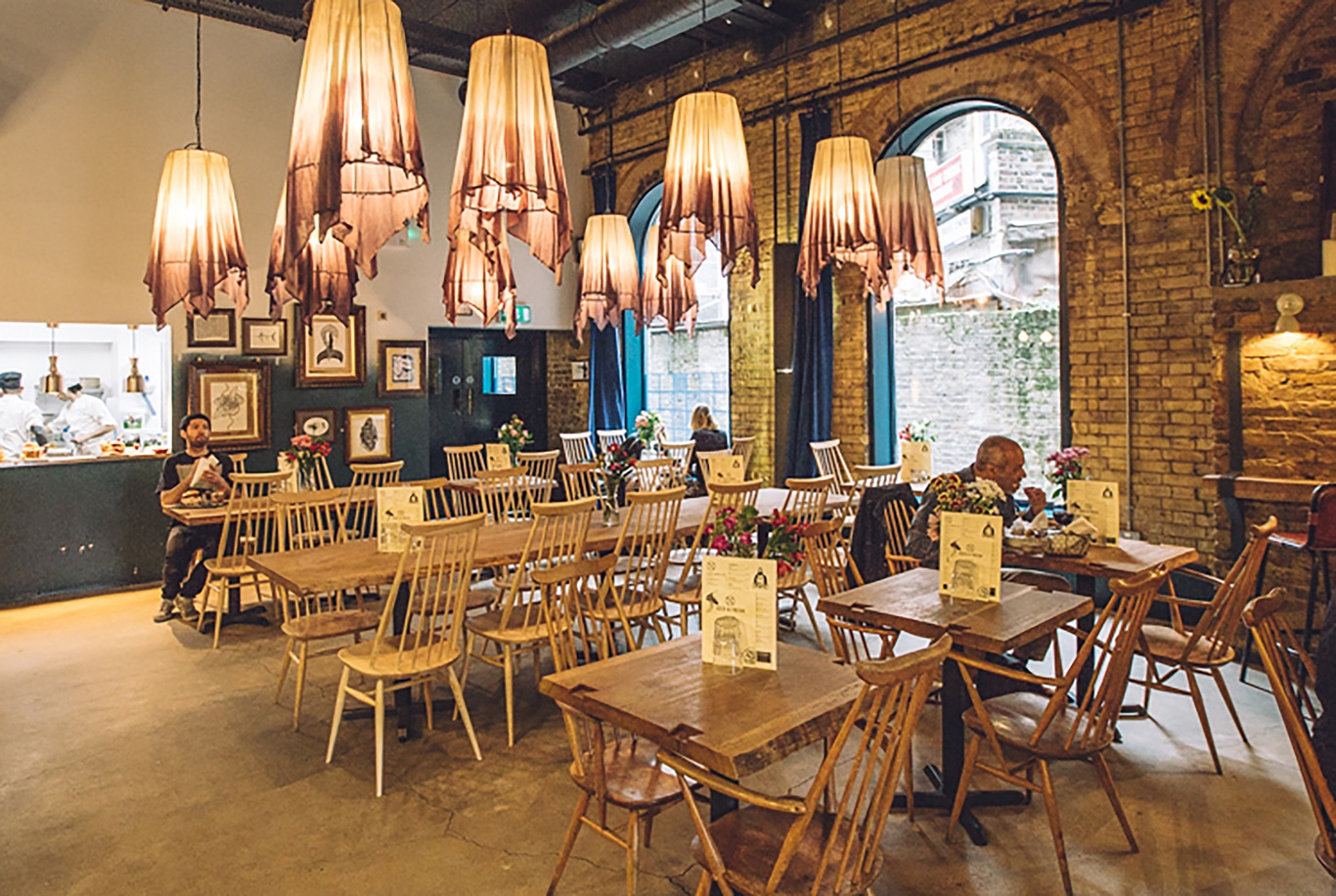 So You’ve Never Been to…Oslo, Hackney

Where exactly is it? Right by Hackney Central. You can’t miss it as you step off the Overground and are sucked down the slope towards the foot of Mare Street.

OK. So what goes on there? Well, mostly boozing. And music in the upstairs venue (regular DJs aside, notable gigs have included Marina and the Diamonds, Klaxons and Sky Ferreira). But now its future might be all about the food.

Why’s that? They’ve just bagged a newly appointed head chef, Adrian Watters, so the revamped menu is a mix of modern-British with old-school comfort grub. Watters has pedigree too, having previously worked for Soho House and opening the Electric Brasserie in Notting Hill. He’s also done his thing at the 2012 Olympic Games, Beyoncé’s birthday bash in NYC, and Harry & Meghan’s wedding last year. Show-off.

Expectation alert! Well, quite. We hotfooted it down on a quiet Monday evening to see if the hype is justified. At first glance the list of plates is quite conservative, with the usual grazing, brunching and laid-back dining: fish and chips, burgers, mac and cheese and so on.

So what should I eat? Well, for starters our tip is a simple bowl of salt and pepper squid. Always a good test of the kitchen – it’s often too rubbery or not tenderised enough – this was exemplary, melt-in-the-mouth, its fiery pepper coating very dunkable in the smoothly addictive harissa mayo. Our other small plate was a healthy but rather-too-large oblong dish of raw veg – including crunchy French radishes, a heap of grassy spinach hummus and flatbread.

And mains? Eschewing the burgers and chicken, we ordered one classic dish and one more cheffy option. The latter was a very decent black bream, skin scorched and bubbled, with a mound of golden brown sauté potatoes on an almost overly generous bed of earthy kale-and-spinach pesto. Better still was a pillowy 28-day aged rump, as soft as a rosy fillet, its charred exterior seasoned expertly, with a lightly garlicky mushroom cream and magnificent thrice-cooked chips. Let’s face it, top-notch steak for £17.50 is not especially common in the capital these days.

What do I drink? The usual cocktails and craft beers aside, we advise getting there before 7pm and you’ll be rewarded with a pint of Oslo lager or glass of wine for a bargain £3 on weekdays. Our Chilean Merlot was smooth and easy-going.

What’s the service like? More matey and neighbourhoody than you might expect from a central Hackney music-focused venue. Only observation? The bouncer looked a little intimidating outside on a quiet Monday night.

Do say: ‘Let’s do an early-doors dinner.’

Don’t say: ‘Does it get busy on a Friday night?’