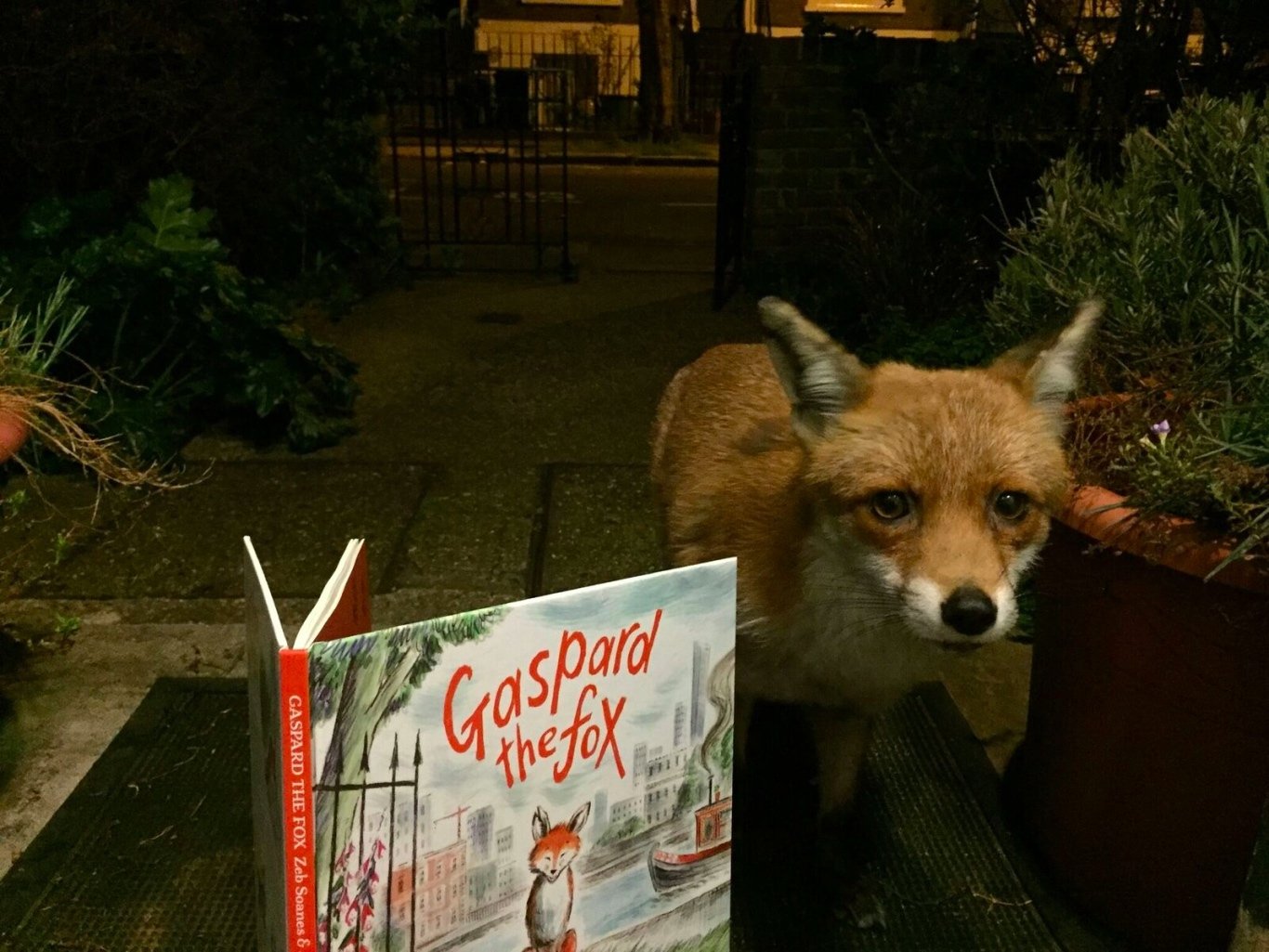 The fascinating tale of Gaspard the Fox

nyone who lives in London has seen a fox – a daring smudge of orange darting between parked cars that sends the heart racing. It is estimated that there are around 10,000 in the city, after all. My life, of late, has been transformed by just one of them: Gaspard.

My partner Christophe and I had noticed the most handsome little fox close to my flat. It seemed to have a poorly leg and so we raided the fridge and gave it some cheese. Over the next couple of weeks we were relieved to see it make a full recovery – and from that moment it adopted us.

Foxes have incredible hearing, supposedly able to hear a watch ticking from 40 metres. Gaspard has certainly got to know the sound of my Brompton bicycle. Returning home from work as a newsreader on Radio 4, having spent the day relating the doom and gloom of world affairs, I often become aware, as I’m folding the bike away, of Gaspard sitting close to my heels, head on one side, silently watching. We then perch on the front step together until something more pressing takes either of us away. It is a magical connection with a wild animal in the middle of the city, and I never take it for granted.

Our photos of Gaspard on Twitter and Instagram attracted attention from all over the world. In the course of only a few months Gaspard had thousands followers from New York to New Zealand. “There’s a story in this,” friends said – and so I began to write it. I’ve found that cycling to work each day is actually the best time to think of ideas, passing through the streets and squares of Islington that formed the background to Gaspard’s adventure.

Foxes for hundreds of years have had a rather unfair press, depicted as cunning and wily creatures, founded on legends like Reynard the Fox, a famous trickster. I wanted to write a children’s story that reflected those I had seen with my own eyes as shy, thoughtful, rather gentle animals with an extraordinary capacity for survival. A fox can live 14 years in perfect conditions but in the city is lucky if it lives beyond two. Gaspard is around three.

I met my illustrator, James Mayhew, for the first time when I invited him to lunch to talk about the possibility of working together, and discovered we had attended the same high school, albeit twelve years apart, growing up with the same libraries and influences. It has made for the closest collaboration and we wanted to create a book that felt like those we loved as children, right down to the feel of the paper.

n the story, Gaspard makes friends with a rather superior cat named Peter (I’ve always believed in giving pets very ordinary human names) and an adventurous little dog named Finty. It is a warm-hearted story about friendship and being accepted for who you are – qualities arguably much in need in the world just now. It was also important for James and I to include a positive representation of a gay couple in a very matter-of- fact way and so my real-life relationship with Christophe and the fox is depicted at the end.

One of the most touching responses has been from a class of schoolchildren in Atlanta, Georgia, thousands of miles from London. They write letters to Gaspard asking all sorts of questions (favourite pizza toppings is popular); and of course Gaspard replies, with a little help from me – foxes find joined-up writing troublesome – telling them what foxes really eat.

Between you and me, it’s not a pizza I would ever order.

Gaspard the Fox, by Zeb Soanes and James Mayhew, is published by Graffeg and available from bookshops and online here.