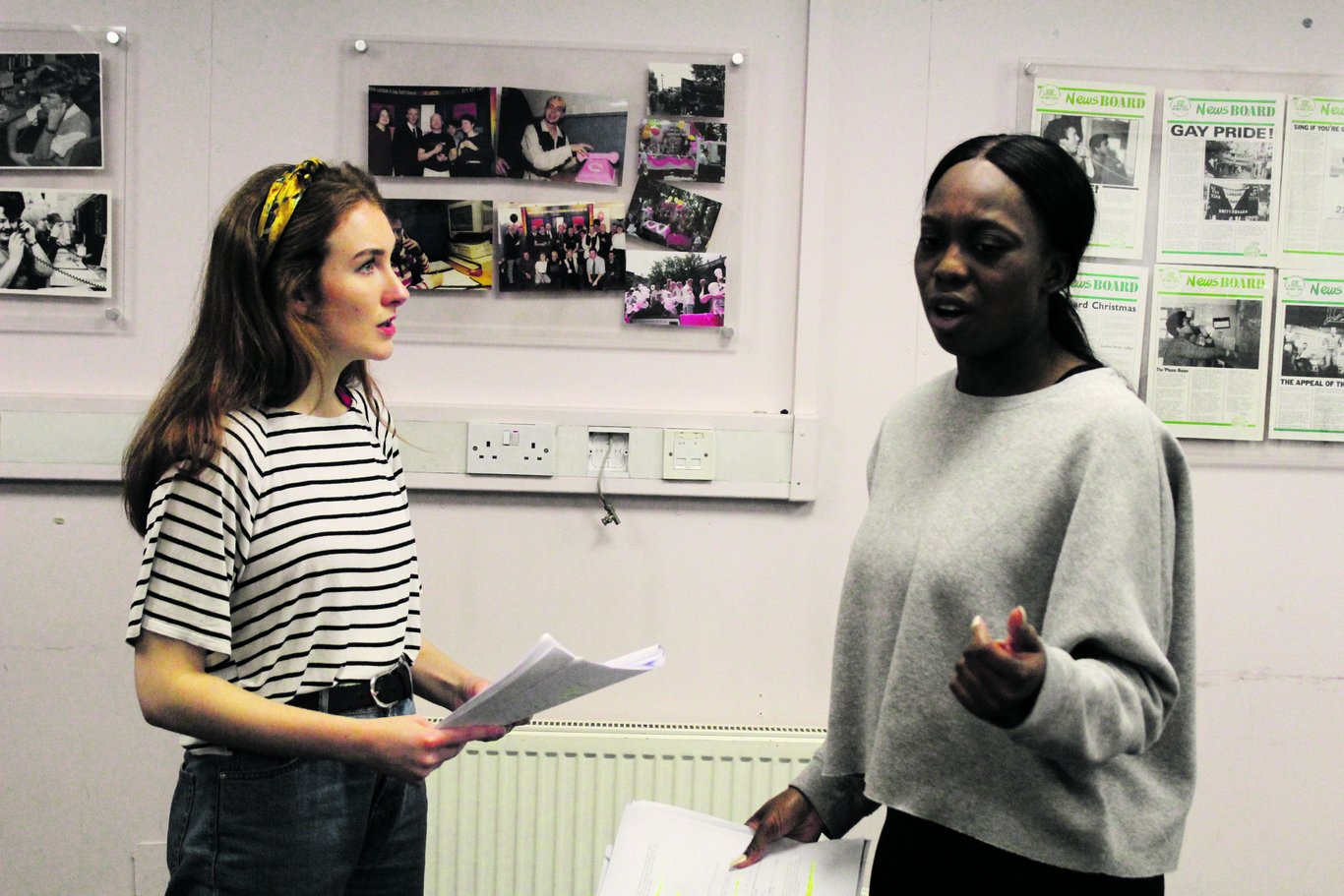 hildren who need to be taught traditional moral values are being taught that they have an inalienable right to be gay… All of those children are being cheated of a sound start in life. Yes, cheated,” so pronounced Margaret Thatcher curtly at the 1987 Tory party conference.

The following year, in May, the Tories issued Section 28, a piece of legislation that prohibited local authorities from ‘intentionally promot[ing] homosexuality’, or allowing for the acceptability of this ‘pretended family relationship’ to be taught in schools.

“The Thatcher clip feels like a sketch show every time I watch it,” says 21-year-old Jennifer Cerys, the playwright behind Dandelion, a new play being premiered at the King’s Head in Islington, created by all-female theatre group Paperclip.

Set in Margate in 1988, the play explores life under Section 28 through the experiences of sixteen-year-old Claire and her teacher Ann. The former is just coming to terms with her sexuality, and “has a complete lack of awareness of Section 28,” Jennifer tells us over coffee last week.

“Meanwhile, Ann has more awareness of the legislation and its impacts. That said, she just wants to go about her life with her partner; she is not interested in politics, but this law means that she has to be.”

The two stories run parallel. “They never really cross over, though they should,” says Jennifer. “What you really want throughout the play is for the characters to talk to each other, but because of Section 28, they can’t.”

One of the main intentions of the play is to highlight the silences that made this small – less than two hundred-word – clause so pernicious. “Even though no one was prosecuted under Section 28, people were afraid to do anything that could be perceived as promoting homosexuality. Community groups, support networks, there was nothing, people were completely isolated.”

This is why Jennifer felt it was important to set Dandelion in Margate. “I grew up there, so know how isolating it can feel living in a coastal town. Everything seemed really far away, you saw Pride on TV but it felt like a million miles away, it didn’t feel like this visibility and activism was happening in my area, school or friendship groups.”

Jennifer felt that it was important to capture this “sense of claustrophobia,” rather than setting the play in London. “That is where the protests happened and where the legislation was issued. I wanted to set the play somewhere where you can see the effects on everyday life for ordinary people,” she says.

After quitting a history degree at York University in favour of NCTJ training in Brighton, Jennifer has spent the past year researching, speaking with activists (including Booan Temple, who stormed the BBC news live on air to protest the clause and her partner) and learning her queer history. Jennifer has given herself more of a queer education than the school system ever did.

“It has been such a privilege because I never learnt any of this at school. We weren’t talking about LGBT+ rights, there was nothing in sex ed, nothing in history, the idea of an LGBT+ group in school seems really alien to me. There may have been one out-kid, and it wasn’t me,” she says.

“Though things have started to change in the last couple of years, my time at school was definitely lived under the shadow of Section 28,” says Jennifer. Although 2018 marks thirty years since the legislation’s introduction (May) and fifteen years since its abolition (Nov), Jennifer’s sentiments will be mirrored by most who have passed though the British education system in the last few decades.

That said, the national curriculum is currently in a state of flux. Thanks to initiatives by activists and groups like Stonewall and Terrence Higgins Trust, government attention is moving towards improving PSHE and Sex and Relationships Education, making them more inclusive of non-heterosexual identities.

Despite this, the words ‘about bloody time’ must spring to mind. The UK’s current guidelines concerning Sex and Relationship Education (SRE) were issued in 2000, three years before Section 28 was repealed. As such, despite multiple changes in social and legal attitudes towards homosexuality (civil partnerships, marriage, adoption) the same guidelines have been in place for almost two decades. Today’s national curriculum, which contains references to the ‘inappropriate promotion of sexual orientation’ has been under-serving and neglecting the sexual and gender development of LGBT+ students for far too long.

Conversations are happening and tides are turning, making this a very important time for this production – and others like it. Jennifer and Adriana Sanford – the director of the show and founder of Paperclip Theatre – are driven by a desire to see more bisexual and lesbian stories on stage.

“We want to tell stories that don’t just have a queer woman as a side character,” says Jennifer, “we need to centre these narratives. I wanted these stories when I was a kid, so now I am just going to write the stories myself.”

So why’s the play called Dandelion? The reason is two-fold: on the one hand there’s a personal element for Jennifer. Having come out as bisexual to her best friends in her mum’s beach hut, which has a dandelion painted on the back, “it’s always been a queer symbol to me,” she says.

Alongside this, “a dandelion gives a sense of something that is quite fragile, really beautiful but so easy to break. The relationships are under a lot of strain in the play, and it is difficult to know whether they will break or become this really amazing thing. Though it is mostly just me being selfish,” she says, laughing.

It is young, queer and female creatives like Jennifer and Adriana, who are telling their tales, filling gaps and starting crucial conversations. Their work will have a profound impact on other young LGBT+ people who still need to look outside of their classroom for confirmation and affirmation of their sexual and gender identities.