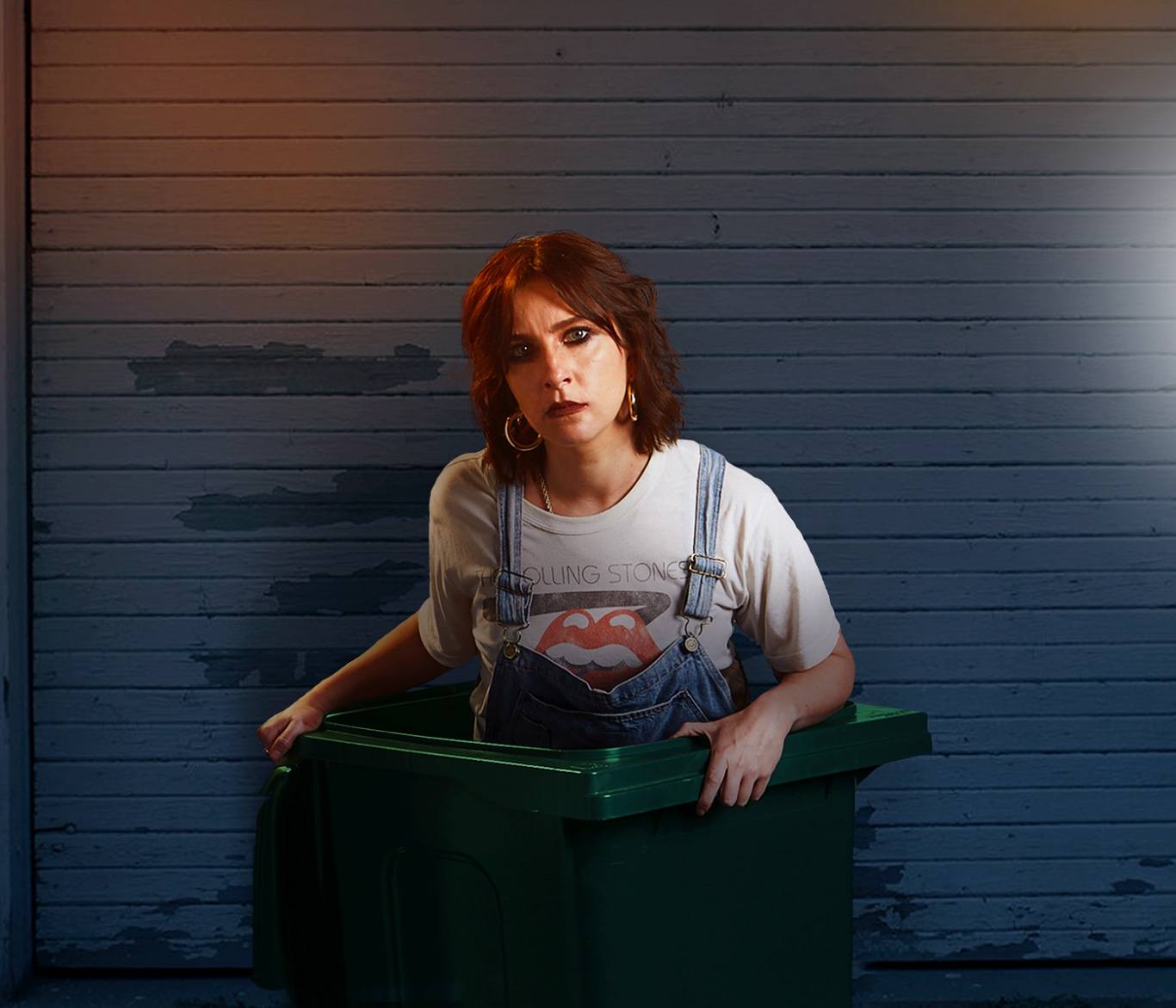 inking arms around town. Like sisters. Except there’s one difference isn’t there?” says local lad John Morley, to Brenda, one of few out lesbians living in country Cork in 1998. “Fucking John Morley,” she says, “in his cream tracksuit staring at me like I’m a zoo monkey.”

Brenda’s been living – not exactly thriving – in Cork for the last thirtysomething years. Despite dreams of moving to Paris, she is, in the words of her ex-girlfriend, part of the city’s furniture. “You won’t cross the river to try a new sandwich place Brenda, you cancel your dole appointments so you can watch telly for longer. You’re not going anywhere.”

Karen Cogan’s Drip Feed follows Brenda’s complicated relationship with an ex she’s unable to get over, a city she’s unable to escape from and a sexuality that makes her an enigma in it.

There’s a dark undertone throughout the performance, deaths, illness and alcoholism are incorporated into the piece, but their weight is fended off with an Irish stoicism that leaves the audience chuckling throughout, belly laughing at points, and collectively wincing at others (the production is interspersed with gritty descriptions of phlegm and white bits in the corner of mouths).

In a gentle and engaging way, Cogan articulates what it is to be caught in a place of queer marginalisation without the means to escape. The play does so without labouring an ‘only gay in the village’ narrative; it articulates the ostracism that emerges from the heteronormativity of 1990s Ireland, rather than attributing a blatant homophobia to the place or time.

Brenda, for example, is widely acknowledged as a lesbian, but is rarely directly berated for it, save lots of “fellas hanging out of vans and cars and windows. Just letting us know they see us like,” says Brenda.

Most impressive is the empathy the production demands; as the plot unfolds the audience is fervently on Team Brenda – even when she finds herself curled in a ball, bloody kneed, doused in spirits from the night before, lying face to the black leather boot of Garda Flynn. This is an insightful, funny retreat to Ireland in the late 1990s – and the perfect way to spend an hour on one of those increasingly frosty Soho nights.