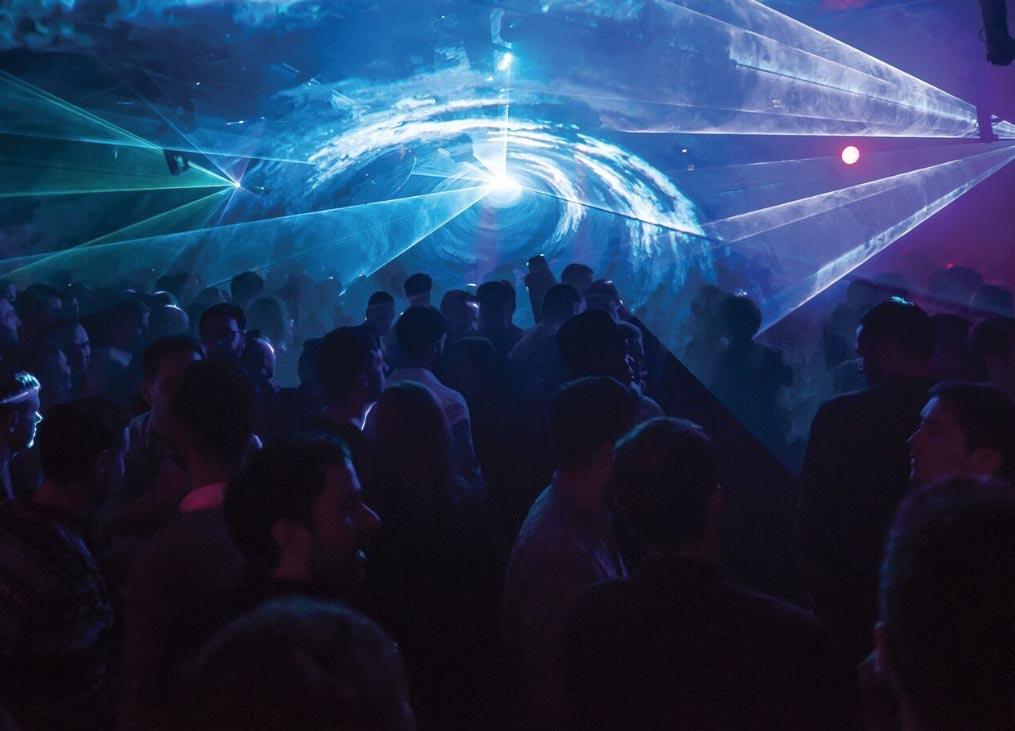 The Secret DJ and The Dark Room: Will it work?

Remember when clubbing was all about the music? A new event aims to return the dancefloor experience to its forgotten roots

efore there was the incessant glow of Instagram on the dancefloor and pyrotechnics forever firing around the DJ booth, clubbing was about getting lost in music. All you actually needed to go with the tunes were – famously – a dark room, a strobe light and a feeling.

Countless books, articles and documentaries (including BBC4’s current well-worth-catching ‘Can You Feel It: How Dance Music Conquered the World’) have laid out the beautiful simplicity of the thumping shared four/four dance experience. Yet along the way through the 30-odd years of house music, technology, creativity and vanity have conspired to distract us from the joy of the basics.

Next month sees the debut of The Dark Room, a high concept party that strips things right back to the cherished but oft-forgotten fundamentals. Phones will be banned, lighting will be minimal, the DJs won’t be visible. In fact the line-up is completely unannounced, unimportant even. Can you feel it?

Busting all the rules of modern promoting are some veterans of a decent rave or two, Bugged Out!, plus Mixmag’s mysterious columnist The Secret DJ, who has preserved his or her anonymity to deliver a sensational expose book, delving in to a life lived in the chemical-fuelled underbelly of Ibiza and beyond.

“We met up with The Secret DJ over the summer to discuss putting together a unique event where the DJs would be unbilled and unseen,” Johnno of Bugged Out! tells us. “It ended up with The Dark Room, which cements the idea but will also create an environment not that different to Bugged Out! in the mid-90s when we began. The DJs were less of a focal point, there were no cameras or phones and clubbers were less likely to all face in one direction.”

Nostalgia has been rife in clubland like forever, and often isn’t a particularly constructive force. Yet this concept promises something far more exciting than another cynical hands-in-the-air retro night, or a slightly desperate crew of 40-somethings at a festival gurning their way through a 4pm heritage techno act, as if it was back in the day.

Miguel Pellitero, who held DJ residencies at the likes of Fabric, The Cross and Ministry of Sound with DTPM, back in what has become known to a generation as the golden era of London clubbing, sees The Dark Room as a real opportunity.

“Some clubbers will doubtless be thinking ‘why would I attend an event when I can’t post proof on social media that I was there? This is not for me’”, he says. “But this is the perfect chance for those who that question resonates with to experience what club nights should really be about. To abandon your anxieties and prejudices, getting lost amongst a crowd of like-minded spirits who are there to listen and dance, with the chance of meeting non-virtual new friends or strengthening your relationship with those you already know.”

As well as focusing party-goers on the music by stripping out all the visual distractions, the event will also take its sound very seriously indeed. The only name that is seen on the flyer is that of Andy Kayall, renown to those-that-know as one of the industry’s top audio engineers. If you don’t know, he was first mentored by New York’s legendary Steve Dash, putting together and then fine-tuning the monster system at Cream’s Nation in Liverpool and more recently at DC-10 in Ibiza.

“The Secret DJ has enlisted Andy to ensure the audio is more important than taking a selfie,” says Johnno, “which you won’t be able to do anyway, as all phones are stickered on entrance. We have booked four DJs who will be playing 30 years of electronica – you’ll be able to hear them very well, just not see them.”

The promised 5.1 Surround Sound is a tantalising prospect, as is the return of a dedicated chill out room, too (remember those?), but ultimately, will it all work? When Danny Tenaglia insisted on DJing at defunct superclub Home behind a curtain, it was frustrating and ultimately crowd connection was lost. Now, when we have all become so used to visual cues on the dancefloor (Danny is more regularly seen beneath his name flashing on big LED screens today), can we even comfortably go that deep into music alone any more?

All (and also nothing) will be revealed in the darkness…