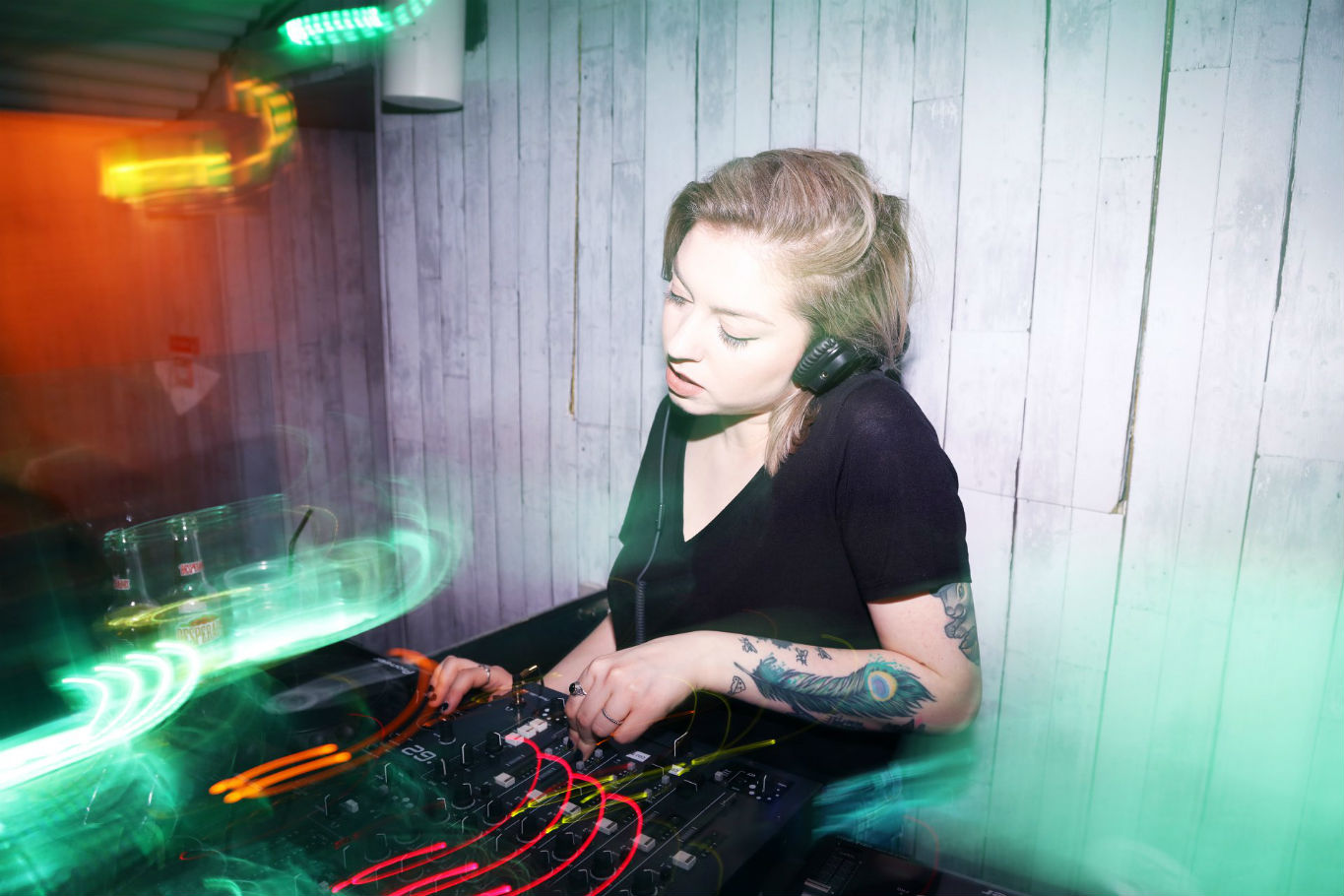 Why is Soho’s She bar the only lesbian venue in London?

hile standing outside She at 5pm on a sunny Tuesday afternoon a man in a pristine white shirt approaches us, requesting that we escort him inside the bar. Why, we ask? “Because I love women,” he says, “and they won’t let me in without one.”

Inside we tell the story to the DJ Tina Ledger. “We take our door policy very seriously,” she says, as we descend underground.

“This is a women’s space and it needs to look and feel different to other venues. Of course we aren’t completely orthodox,” she says, “we don’t want to prevent women – and those who identify as such – from bringing in a male mate for a drink.”

egardless, it seems there’s quite an allure for some men; those charged on the combination of one-too-many pints of lager and a disgruntled confusion as to why they’re prohibited in the first place.

“Just the other week, we had a guy lurking around for hours offering women fifty quid to go in with him,” says Tina. “I honestly don’t know what they think they’re going to find down there: lesbian oil baths?” Tina’s been working at She for four years and the frequency and conviction of uninvited male callers hasn’t ebbed over time.

She bar has had a serious revamp since my own ‘baby lesbianhood’ – the first year or so after coming out. When I first strode in at 19, I remember the bar feeling dark and uninviting, the front door closed and the place clammy and intimidating.

“I’m not entirely sure why everyone seemed to think it was a good idea to have black walls in an underground bar,” says Tina, who aside from DJing, picking up the odd bar shift and doing the PR, was instrumental in ridding the 80-capacity venue of its dingy demeanour.

The team waited until the aftermath of Pride last year before giving the bar a makeover. The rationale being “let the lesbians trash it first,” says Tina, “which they did,” before unleashing their female-led restoration. “I convinced the owner to have an all-female team – graphic designer, artist and interior designer,” she says.

“We’ve played on the bunker theme, trying to use our underground location to our advantage,” says Tina. There’s a white tin roof in the main room, wall art, hanging lights and a courtyard out back (naturally called the Lady Garden) with a living wall and hanging chairs. Far from the blackout sweatbox many lesbians remember, it’s now slick and Scandi.

The venue tends to be rammed on a Tuesday – before lesbian night Ruby’s continues round the corner at Ku – with a healthy buzz throughout the week, featuring nights dedicated to Janelle Monáe, Lauryn Hill and the like. Tina has intentionally tried to curate events that make the joint feel inviting for those younger women making perhaps an inaugural visit.

“I do love seeing young people come in here for the first time,” she says. “People come to these venues when they need them. That is why we exist, I needed this kind of place when I was at university, having just moved to London from a small town. I was busting with internalised homophobia. Meeting the bartenders and making friends with other lesbians, the resulting change towards self-acceptance was just so rapid.

Just this month, She got a new member of staff who has the same rationale as Tina. “I only came out a few months ago,” says Jane Turner, “I had no lesbian friends and so thought this was perfect.”

n Saturday, She is maxed to capacity. There’s a thoroughly mixed crowd, all ages, all nationalities. It is clear that lots of women, who are either new to their sexuality or new to the city, discover the bar by typing ‘lesbian bar London’ into Google. Thai girls frantically point to bottles of Peroni to order at the bar, Russian women chat with Australians, Peruvians put the rest of us to shame on the dancefloor.

And yet, despite its popularity, this is the only lesbian bar in the capital, reserved for those who identify as, and are attracted to, women. “We’re really not happy about being the only women-priority bar,” says Tina, recounting that there were three when she first started here in 2014. Of the other two, Bar Titania and Muse (previously called Labels), the former closed completely, while the latter’s switched to a mixed venue.

“It’s hard being a women’s venue, there’s not much money in it and the owner – Gary Henshaw, who also owns Ku Bar and Little Ku – really isn’t in this for a profit,” she says. “If he was, it would have closed down and changed into an extension of Little Ku years ago. It’s rare to find a man who sees the importance of a women’s venue. Gary completely respects our decision-making.” So much so that he never goes to She himself. Why? “Because he respects our door policy that much.”

It really isn’t good enough that this small basement bar is the only permanent space for the city’s lesbian population. It’s palpable how vital this is for so many. It’s time our community – myself included – start spending our time and booze-money right here, so that others can appreciate its desirability, necessity and viability. Through this, we can help to catalyse the creation of other female-centred venues. And hey, maybe next time we can get one on ground level.