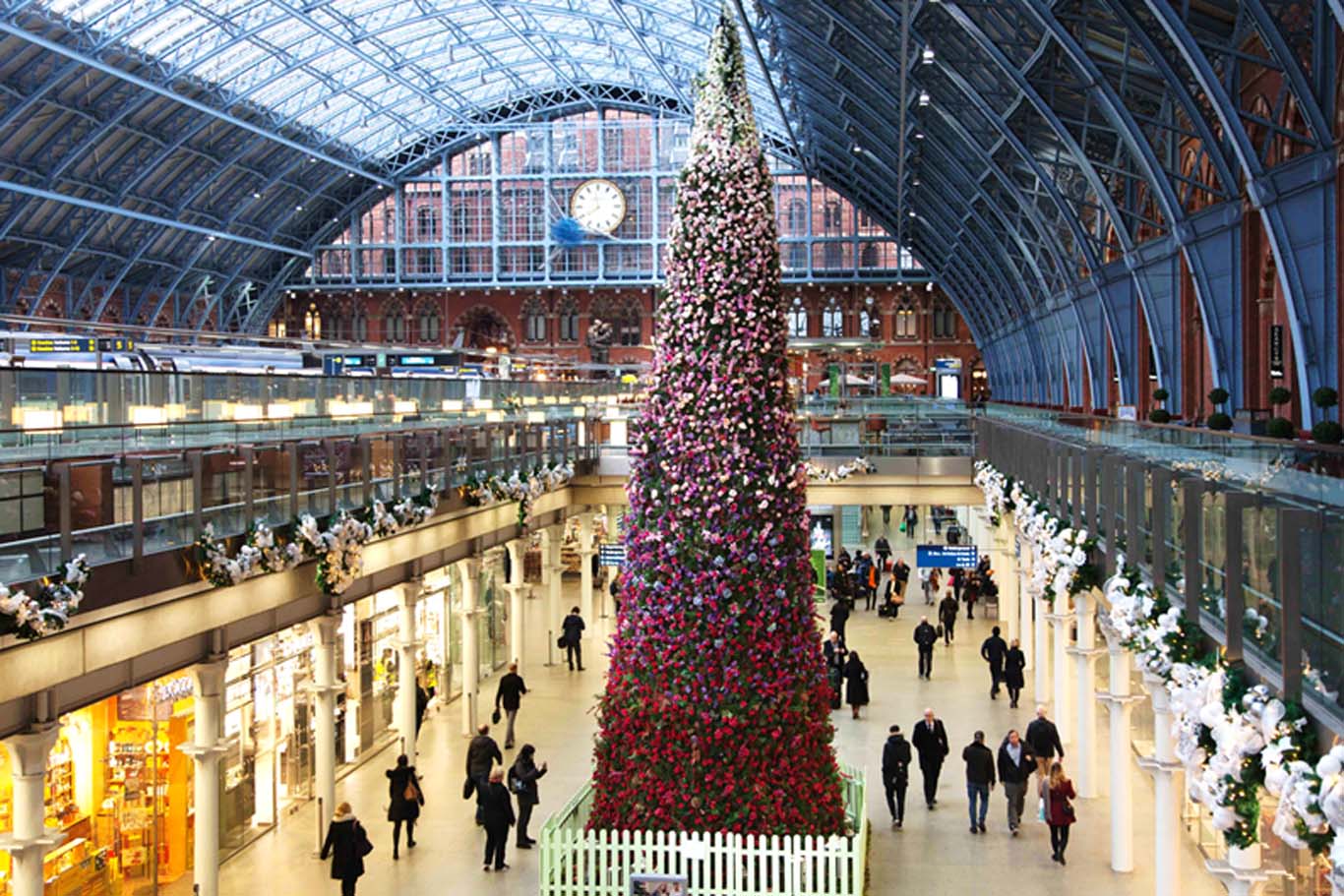 With only the towering clearance of William Henry Barlow’s famous train shed above, St Pancras International has gained a bit of a reputation for erecting supersized Christmas trees each year.

At 47ft high, the 2017 version teeters from the undercroft upwards right past the platform level towards the Victorian wrought ironwork arches, and is made from 15,000 flowers.

Watch the time-lapse video (above) of the tree going up for a rare glimpse inside the station out of hours, and an idea of the effort that has gone into this project – a total of 1,151 hours work, including the interlacing of thousands of roses, hydrangeas, delicate anemones, amaryllis, orchids, and dianthus.

The tree is the creation of royal florists Moyses Stevens, who have been supplying blooms to London since 1876. Look out for petals and pine cones strung around the tree in lieu of the traditional lights, too.

Their festive floral vision follows up previous quirky collaborations such as the tree made from Lego, and last year’s tree made from thousands of Disney Junior cuddly toys.

Look out for various music and choral performances popping up in the shadow of the tree every day in December, plus loads of shopping, including personalised gift wrapping from Hatchards, Aspinal of London and stationer kikki.K.

This is box title
The tree can be visited until 3 January on the concourse of St Pancras Station, Euston Rd, Nw1. Free. More info on the events and a special competition.