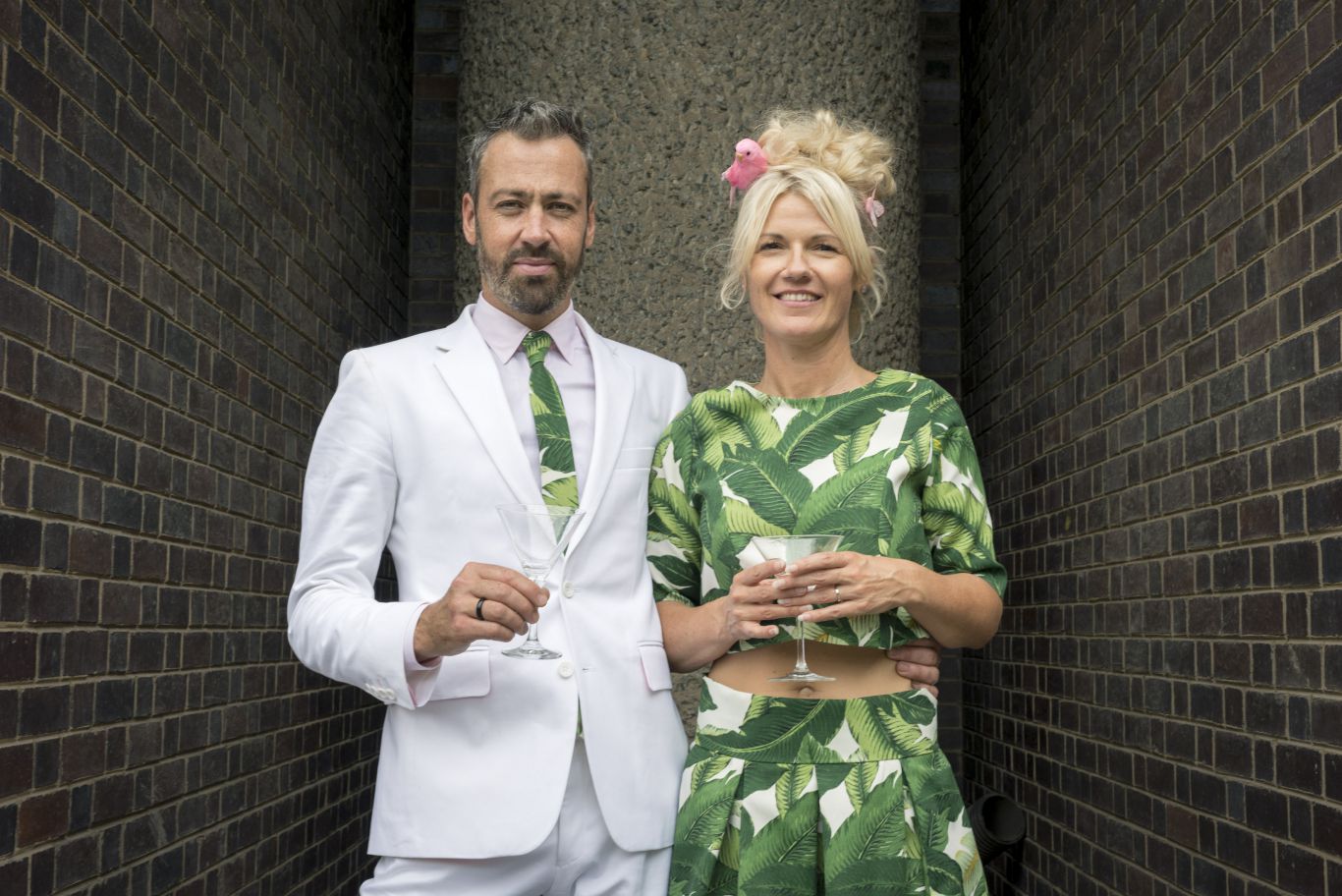 It’s World Vegan Month – so what better excuse to explore the food we put into our mouths?

That’s what we’ve done, in fact, in our current print issue, available free from across north and central London.

And now online, over the course of November, we’ll be speaking to vegans, reducetarians, flexitarians and more, as well as reviewing plant-based restaurants both budget and pricey.

But first off, we meet a couple, architects Joe and Elly, who made the leap this autumn.

When did you become vegan?
JOE: Just before my 47th birthday in September this year.
ELLY: Two months ago. Before this I enjoyed a predominantly plant-based diet with occasional meat, fish and dairy.

Why?
J: I’ve becoming increasingly alarmed and aware of the damage our life choices have, not only for us, but for our neighbour and our neighbour’s neighbour. I believe our societal conditioning has systematically concealed important truths from us. We are more enlightened through knowledge. And with growing knowledge of the catastrophic damage we’re doing to ourselves and our planet along with deep empathy for our animal cousins, I have made a change. A plant-based existence is the only viable existence for all animal survival.

E: I’ve always been a little squeamish about eating meat and the way it is produced. However, I was largely ignorant about the cruelty of  intensive farming methods, the impact this is having on our environment, and the damaging effects that the consumption of animal products has on our health. I’ve also found the practice of killing for sport abhorrent, and have questioned the logic that animals are less intelligent – so therefore less important – than us, meaning we’re entitled to treat them however we wish, as our property. A recent press article challenged this conditioning to the extreme, questioning even pet ownership. I became convinced to explore a more ethical vegan lifestyle. And I haven’t looked back.

What argument would you use to persuade someone to change?
J: There is no alternative. Look around you.
E: I’m super wary of putting people off by evangelising too much, and I know that veganism can be seen as faddy or extreme by many, even those who describe themselves as animal lovers. It’s hard to think about giving up the things you are used to and daunting to consider change. So I’d just urge those who are curious to watch some films, read some articles, talk to your vegan friends and consider the evidence that is increasingly available. Is the fact that meat, fish and dairy tastes really good enough of a reason to keep eating it?

1. Veganism comes from a love of animals, who feel emotions and pain, just as we do. The meat, cosmetic and clothing industries cause immeasurable pain and misery.
2. It often gets a bad rap as deficient in protein, calcium or iron. This isn’t true; half a million vegans in the UK suggest a plant-based diet is probably healthier.
3. Eating meat contributes to climate change, world hunger, habitat loss and deforestation. If you are passionate about sustainability I would suggest that you watch the film Cowspiracy.

What’s your fave vegan dish?
J: I’m still exploring a range of flavours, textures and aromas. Each meal is a new discovery. There is so much to experience and so many exciting things to try cooking and eating, many of which would not have found their way to the table before switching to a plant-based diet. A recent gem being a kale and leek bake: sounds ordinary, but it was anything but – an intoxicating broth of soy milk, peppercorns, fennel, garlic, onion and dark green leek ends, topped by a garlicky caramelised golden crust.Simply scrumptious.

E: I’m rediscovering vegetables and craving them in a way I’ve never experienced before; the flavours and textures are somehow heightened and even more delicious now. I’m also enjoying classics such as comforting spicy lentil dhal and, I never thought I’d hear myself say this but, it’s amazing what you can do with a bit of tofu.

And favourite vegan restaurant?
J: Pamela on Kingsland Road. A punk trip of Mexican dishes and vegan cocktails.
E: We also like the vegan burgers at Mooshies on Brick Lane, who serve a range of tasty guilt-free junk food.

Read our interview with Fields Beneath cafe owner Gavin Fernback on why he turned it vegan this year here.