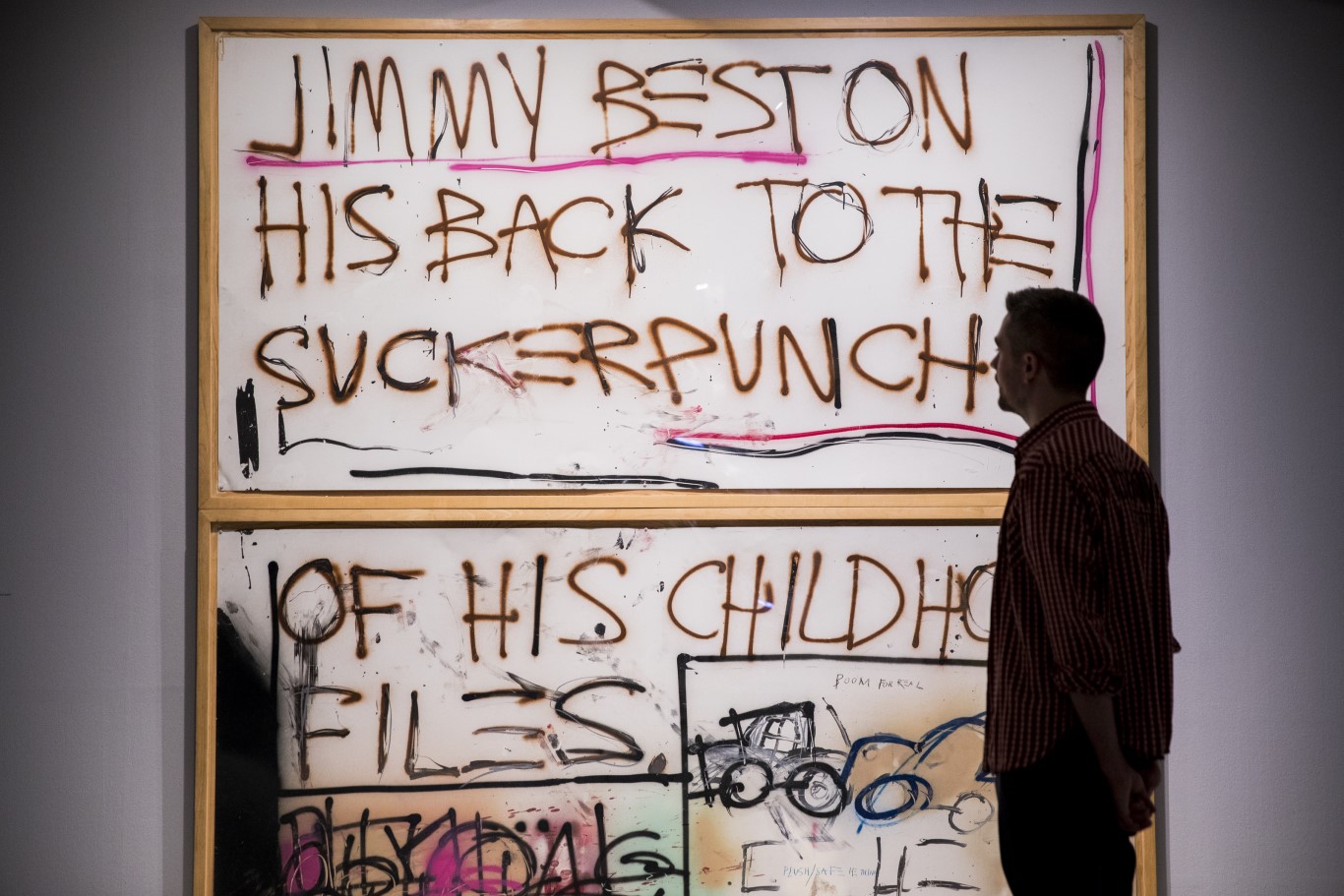 Why you must catch Jean-Michel Basquiat at The Barbican

It's the first ever big UK show by one of the world's most highly prized artists - with a fascinating story too, says Stephen Emms

Sure, we’re a little late on this (a whole month, in fact) but after finally visiting last weekend, it seemed, well, rude not to the spread the word a bit further. And, since the show doesn’t close till Jan, there’s still plenty of time.

Boom For Real is the first large-scale exhibition in the UK of American artist Jean-Michel Basquiat, the (overused word alert) pioneering prodigy of the 1980s downtown New York art scene.

Bringing together a hundred works from international museums and private collections, and featuring rare film, photography and archive material, it’s an admirable attempt to capture the spirit of the artist, poet, DJ and musician. It’s worth adding that his influence in 2017, nearly thirty years after his death at 27 in 1988, is almost unprecedented – with works now reaching over $100 million.

It starts with a captivating recreation of the New York/ New Wave show back in 1981, when Basquiat was 20, which featured pieces by a now-astonishing roll call of names including Mapplethorpe, David Byrne, Andy Warhol and Burroughs. Thereon, the anecdotes come thick and fast; it becomes clear that Basquiat was as much of a ‘character’ as an artist.

His career, in fact, began a few years earlier, as we discover in the next room, with the 18-year-old graffiti artist then part of an enigmatic duo called SAMO©, whose often erudite scrawls pique the attention of the downtown media and art community. He then teams up with artist Jennifer Stein to create xeroxed postcards to sell outside MOMA for a dollar a piece. These are exhibited side by side and make fascinating studying.

Spying Warhol having lunch in a SoHo restaurant, Basquiat dares to approach him – and after rushing home to paint an impromptu image of them both (see main painting, above) – the result is a decade of collaboration. It only sours when Basquiat drops Warhol after a damning New York Times review of their joint 1985 show at the Tony Shafrazi gallery, in which he’s dismissed as ‘Warhol’s mascot’.

Not that the exhibition really tells us much about the pair’s pivotal fallout, Warhol’s unrelated death or even Basquiat’s drug problem, which soon escalates to heroin – and a fatal overdose in 1988.

For the whole story, I recommend watching the excellent BBC2 90-minute documentary Rage to Riches (still available on iPlayer) afterwards, which interviews family, friends and contemporaries, some rather transparently maligned; it provides a brilliant companion piece to an exhibition which will leave you in contemplative mood for days to follow.

Why? Because these works really are vibrant, and more than hold up to repeated scrutiny, with their fragments of bold capitalised text – the 1983 masterpiece Hollywood Africans being especially eye-catching – an obvious obsession with anatomy (in particular skulls), and some truly encyclopaedic interests from an artist who was self-taught all the way.

This is where the downstairs room at the Barbican exhibition comes into its own. Here you can learn more about the breadth of Basquiat’s source material, from the mainstream ‘canon’ of western art to the anatomical drawings to bebop, jazz and silent film. “I get my facts from books, stuff on atomizers, the blues, ethyl alcohol, geese in Egyptian glyphs,” he once said. And yes, it all adds to the potency of the work.

Despite the heady impact of it all, it’s nonetheless still astounding that Basquiat’s Untitled (1982) this year sold for $110 million, the sixth most expensive sell at auction ever – putting him up there with the likes of Bacon and Picasso.

Boom For Real is on at the Barbican until 28th Jan, more info and tickets here