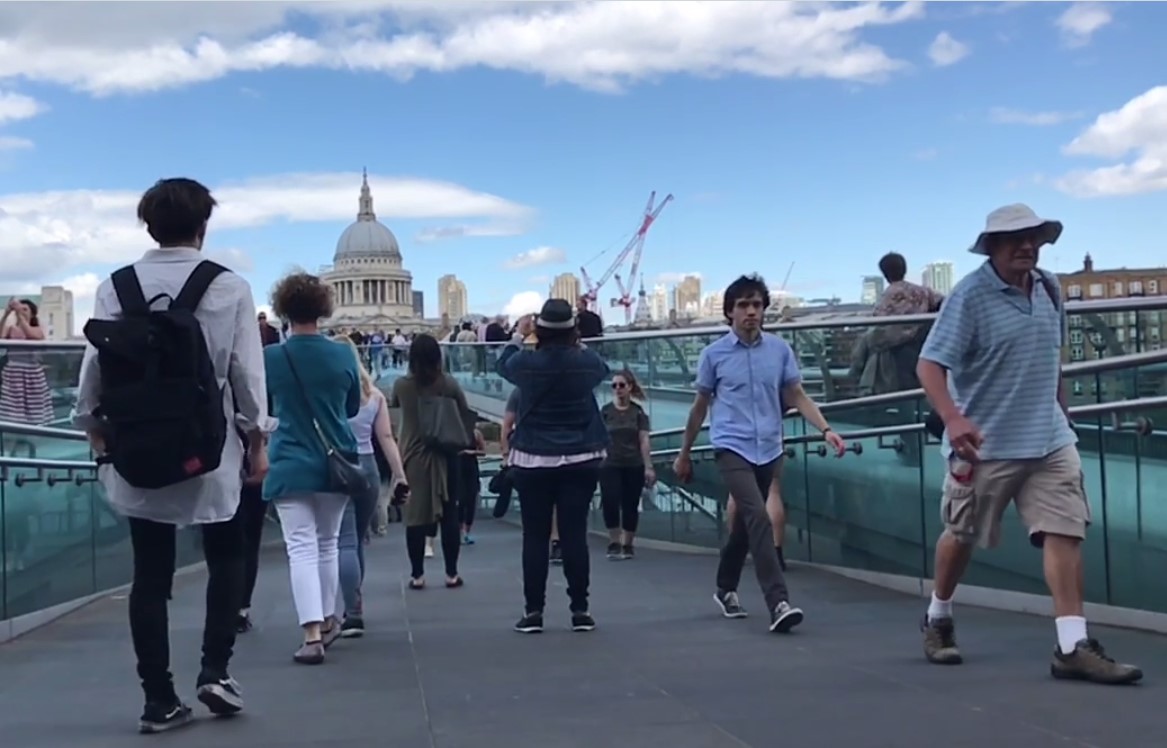 It’s a city full of moments. Some are already disappearing over the river before you can grasp them. Others grip your shoulders hard until you make your escape on the No. 38.

That’s what I’ve felt growing up in London. It’s what I’ve missed whenever I move away. And what I inevitably fall in love with all over again when I invariably return.

As a filmmaker, I’m always trying to catch a new feeling, a tone, a behaviour. Trying to glimpse a person I’ve never met before. To see the world I know, a way I don’t.

We were filming on the Millennium Bridge and waiting for a gap in the crowds when I crouched to shoot this on my iPhone. Something about the motion of their walking was mesmeric – or I knew it would be if I slowed the movement right down.

The decisive strut. The meander, lost in thought and surroundings. A sudden swerve to avoid collision. Reeling one way, then another. How we carry ourselves in the world. How we move through our daily lives. And how we navigate this city.

London, we were on a break. But now I’m falling again.

This is box title
Laura Evers Johns is a Deal-based writer and director making films, commercial content and sometimes theatre. Check out her website here.