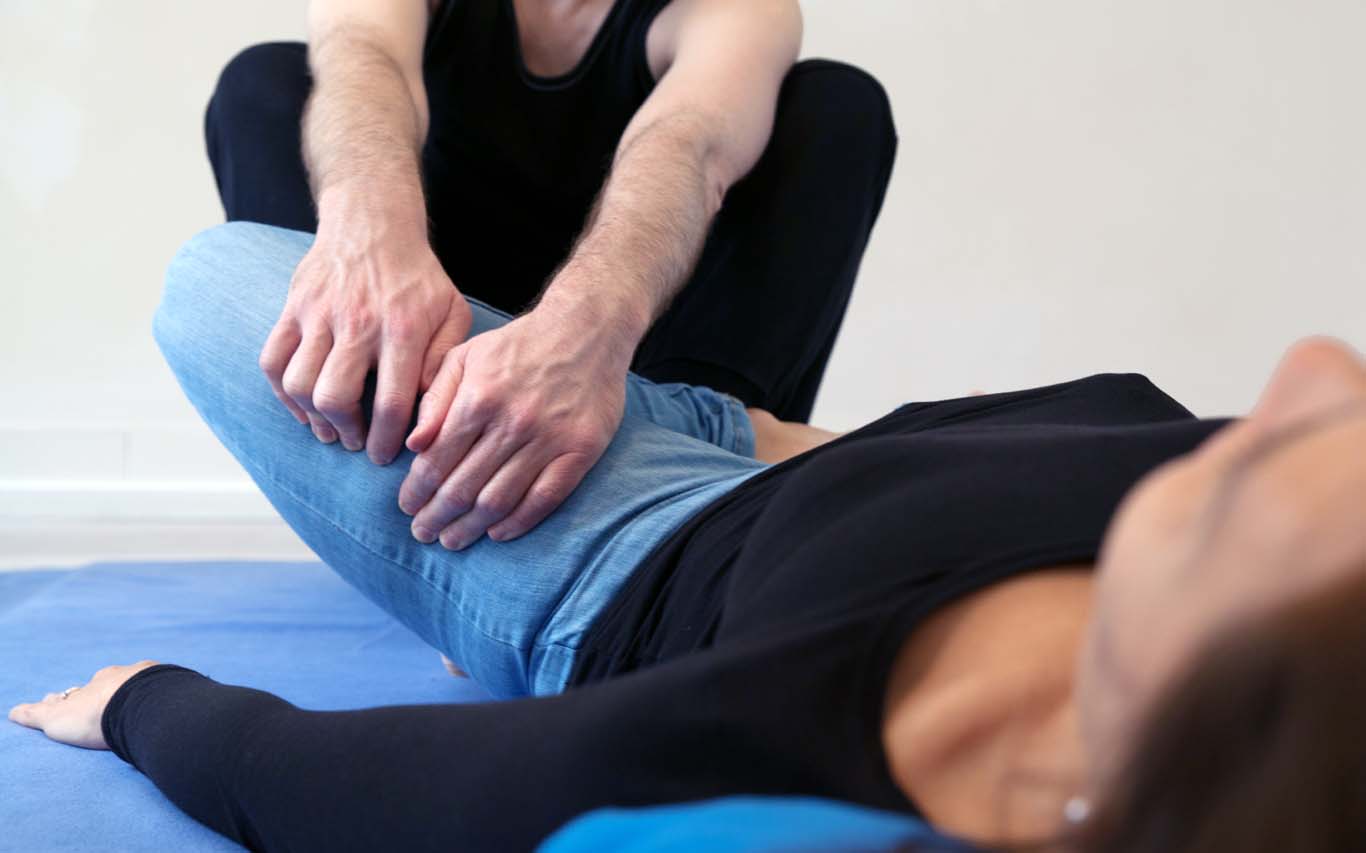 What exactly is Thai Yoga Massage?

We meet the King's Cross-based man on a mission to share his knowledge of an ancient, hybrid practice

Thai yoga massage has a bit of an identity problem. The uninitiated masses – myself included – don’t really know what to expect. Where exactly on the spectrum between blissful relaxation and workout does this thing sit?

Louis Divine is a man on a mission to introduce Londoners to this ancient, confusing practice. And so it is that I find myself hotfooting it through the King’s Cross back streets on a muggy afternoon, curious as to whether the next hour and a half will leave me even more sweaty, or transformatively chilled.

When he’s not running sessions at Borough Market or in nearby offices like The Guardian, Louis runs his practice from his well-appointed living room, with sweeping views of the canal and the city. There is a body-sized cushion arrangement in the middle of the floor, the only departure from an otherwise domestic apartment.

As we sit down for a herbal cuppa and for me to sign the comprehensive health waiver form (gulp), the inevitable question comes up: what’s going to happen here?

“The biggest challenge I have is educating people,” says Louis. “Clients know about yoga, and they know Thai massage, but the best way to explain to anyone how this isn’t a fitness class is to simply give them a treatment. Then the get it… and they love it.”

Sounds promising, but then he would say that. I probe a little further, and it gets better. “I always say to people that you don’t have to do anything, relax and I do all the work.” Ok, I’m in.

Roughly 3000 years ago, Buddhist monks traveled from India to Thailand and created a synthesis of their own yogic practices with Thai Animist beliefs and traditional Chinese medicine. From this heady fusion of the spiritual and the physical came a massage system.

Louis’ own discovery of this hybrid came via his own travels, when he moved to live in Amsterdam with his girlfriend, five years ago.

“I’d studied to become a Hatha yoga teacher at Triyoga, when it was in Primrose Hill,” he says. “In Holland, Thai yoga massage is more popular, so it tried it out and it just really clicked.”

He embarked on a specialist teacher training that took him to Chang Mai, spiritual home of the practice, but it was the mosquitos and downpours that drove the couple back to London. Not though, as you might expect, from the lush mountains of Southeast Asia, but from Amsterdam.

“It’s a great little city with lovely people, but they get higher rainfall there than Manchester and I missed the scale of London more than expected,” say Louis. “It was the mosquitos that finished me off, though. We were sleeping under a tent for ten months of the year.”

In the three years they were away, yoga had continued to explode in popularity, so what better time to introduce Thai yoga massage to us bendy Brits? Senergise is the name of Louis’ practice, which hints further at what’s going on beyond a simple stretch and rub-down.

“Very simply,” he explains, “energy runs throughout our body, along what we call sen lines. I use acupressure on points along these lines to keep the energy flowing freely and avoid any blockages. It’s similar to acupuncture, but using my fingers, hands, elbows, knees and feet instead of needles.”

Without further ceremony I hit the mat, fully clothed as this is not the slathery, oily kinda massage. What follows proves to be equally dreamy and relaxing as it is effortlessly invigorating.

At first Louis pushes and pulls various limbs about, using his weight to stretch my muscles and work those energy lines. Later, he uses more traditional direct pressure. A couple of times it gets quite intense, but not in the back-cracking lunges of an osteopath sense, more like the mind-expanding, delicious minor agonies of a yin yoga pose that somebody else is thankfully holding for you.

“I tell people to go with it when things become intense,” Louis explains later, when I’m thoroughly zenned up having been completely off with the fairies during his closing head massage sequence.

“It’s a very adaptable practice, and you discover things as you go along. Although I do a heath check, often half way through we find a shoulder will be rigid and the client suddenly remembers they forgot to mention dislocating it a couple of years ago.”

There’s clearly no hiding your musculoskeletal imbalances here, which can also lead to emotional release. “Yes, sometimes people cry,” says Louis. “But I can tailor it to suit the requirements, be they release from stress or a more physical kind, say for a sportsperson with tight hamstrings.”

As I start to steel myself for a return to the real world after 90 mins of meditative movement, I know already I’m going to return. There’s something about the mix of relaxation and passive workout that’s really compelling.

“It really should be seen as a preventative rather than therapeutic treatment,” says Louis as I leave. “In Thailand people have a massage every week, not because anything is wrong, but to stay healthy. It’s part of everyday life, children learn to massage their parents and grandparents. It’s a whole different concept to the West.”

Vowing to have a little word with my own kids later, I expect many more Londoners to be espousing their love for Thai yoga massage soon. If you don’t get it, just relax and let Louis do all the work.

Book a massage or even learn how to do it yourself via senergize.com.
Follow Louis on Instagram @senergize_louis_divine