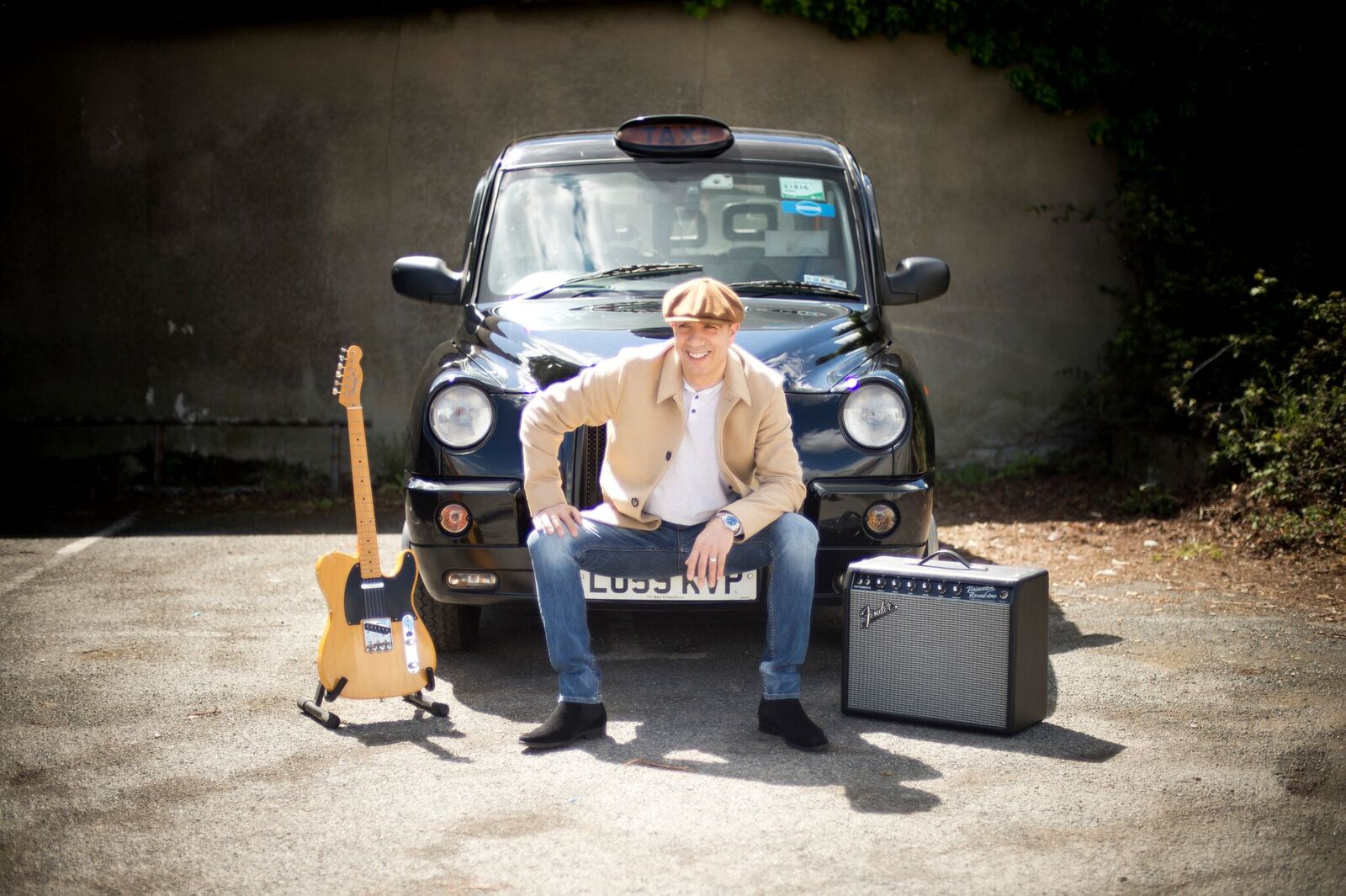 The life and times of a singing cabbie

Frankie Oliver speaks out about reggae, performing with Ziggy Marley - and the clash between Uber and black cab drivers

After deciding that his family had to take priority over his career, east Londoner Frankie Oliver left his life as a reggae artist to become a black cab driver. With his telecaster sat next to him in his front seat, his career rolled on but music remained his passion. After fifteen years on the road and away from the music industry, Frankie is about to release his second album.

The knowledge was one of the hardest things I have done. People say that considering the amount of hours and work you have to put in, it is the equivalent of doing a degree. I couldn’t agree more and tip my hat to everybody who has done it. There are multiple stages and a series of tests which fortunately I whizzed through. Dedication is the only way you do it.

I was the first white reggae artist to be signed to Island Records. Reggae has always been my cup of tea. I didn’t realise I was different or that it was an unusual thing to see a white guy into reggae until I started talking to people about what sort of music they were into. While I was begging my mum for £3 so that I could buy the latest Bob Marley album, everyone else seemed to be tapping along to the Bay City Rollers.

I first got spotted by Trevor Wyatt singing covers in a club. He liked what he saw and asked me if I had any of my own stuff. I swiftly replied “yeah course,” knowing full well that this was a completely lie. I began to write and compile my own pieces; it all came very naturally. I’m not sure how you become a song writer, you either are one or you’re not.

After two and a half years with Island, I had to walk away. It got to a point where I was no longer in control of my life. I had to make a decision between my family and career. I loved making music full-time but I was never at home, my wife was effectively raising our two young boys along. The first thing I needed to do was get a new job and start making money, so I decided to become a black cab driver.

I do have a problem with Uber. Not with the drivers themselves, they’re merely taking an opportunity, rather with the opportunistic American corporation alongside the government and TFL who let them run amuck. You constantly hear that Uber are meeting all of the regulations but we all know that the goal posts constantly move. I get why people use Uber. If I want to buy a washing machine and in one shop it’s £500 and next door it’s £250 I’ll go to that one. But when the original shop closes down and the new one is left, before you know it, the only washing machines available will be £750. You have to look at the bigger picture and be aware of the long-term effect.

One of my most entertaining journeys came from a drunk man I didn’t want to take home. I was sat in my cab at the junction between Pancras Road and Euston Station, it was late so my light was off, and I was on my way home. This guy starts banging on the window, begging me to take him home. His girlfriend was apparently fuming and after a handful of to-ing and fro-ing I gave up and let him in. I had the Craig Charles funk and soul show on the radio and out of nowhere, one of my songs started playing. I was delighted, this was the first time I’d heard this track on the radio, so I turned it up.

I looked in my mirror to see the guy jiving away in the backseat. “You like this song, do you?” I said, to which he replied, “it’s great.” I then told him that it’s one of mine, and he looked at me with bemusement: “Mate, I know I’ve had a few drinks but don’t take the piss.” I smiled and didn’t say another word.

My move back into music happened very naturally. I woke up at 3:30am with this melody churning around my head. I wasn’t writing songs at the time and it was a really weird experience. I started writing immediately and the melody transformed into My Kinda Woman, the song that was the catalyst for the rest of the album. I sent it to my manager asking if he knew anyone who would cover it but he responded saying that no one would sing it as well as I just had. “I’m just some 50-year-old cabbie,” I thought to myself, but the interest was there – and the rest of the album came effortlessly.

I need the freedom to let my music flow. The whole political scene in music makes it very exhausting: you are told that “it must be like this”, “we want to for this date”, “it should sound like this.” Here I Am is the natural product of being able to write and record exactly how I want. It feels different to my previous stuff in that it’s less reggae and more soul and blues. I’ve been widening my musical interests over the last ten years, listening to the greats that I unintentionally by-passed: Al Green, Sam Cooke and Otis Redding.

My last live show was with Ziggy Marley. When he finished – at the Forum in Kentish Town – he came up to me, gave me a hug and congratulated me on my set. Getting a nod of approval from Ziggy Marley meant everything to me. That was twenty years ago now.

Here I Am by Frankie Oliver (Good Deeds) is out now and available here.