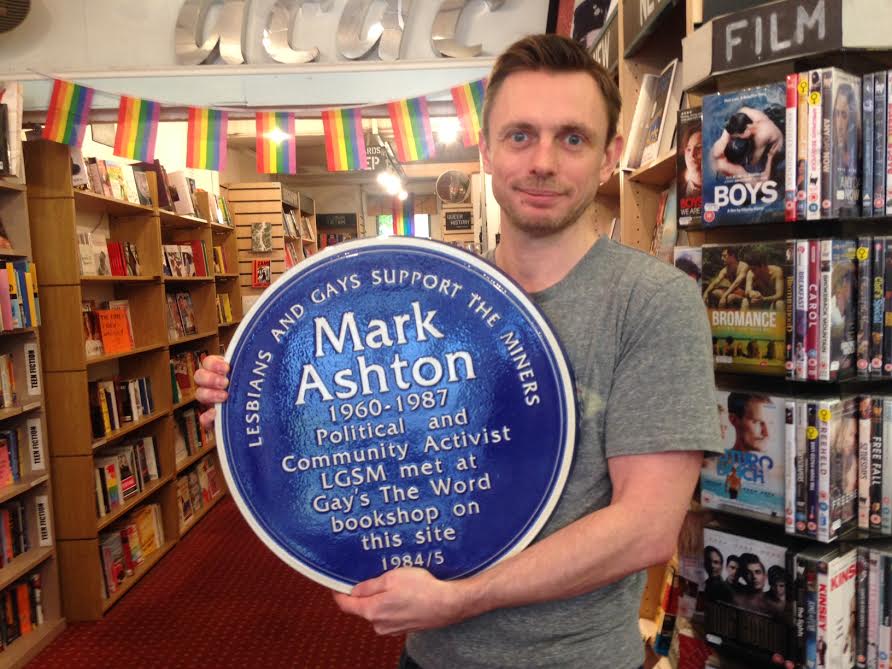 The pioneering bookshop has been around for four decades

For the past 40 years, Gay’s The Word has played an instrumental role in the realisation and solidification of LGBT+ equality in the UK.

The bookshop recently unveiled a commemorative blue plaque dedicated to Mark Ashton, a charismatic and driven activist who is best known for co-founding Lesbians and Gays Support the Miners (LGSM).

Ashton died at the tender age of 26 years old, eighteen months after the end of the miners’ strike and 11 days after he was diagnosed with Aids. He held the assertion that it is “illogical to actually say, well I’m gay and I’m into defending the gay community, but I don’t care about anything else.”

As such, he forged the unlikely coalition of miners and queers – or “Pits and Perverts” as The Sun lovingly brandished them – based on a common abhorrence of Thatcher’s government and a mutual feeling of societal alienation.

LGSM, whose story was immortalised in the film Pride, donated more money than any other fundraiser in the UK (£11,000 by December 1984) for the families of the Dulais valley miners in South Wales. Funds were gathered in multiple gay bars and clubs, while a great deal of the group’s organisation and bucket shaking was carried out at Gay’s The Word.

The slab of concrete outside the bookshop was said to provide a sanctuary to the queers whose buckets and placards would be snatched by the police as soon as they edged away from the safety of the shop front.

Roy James, a member of the LGSM and a friend of Ashton explained that there was a further motive to Mark’s desire to stand alongside the miners that went beyond an altruistic coalition of the oppressed.

According to James, the “fluffy” portrayal of the LGSM in the film Pride wasn’t entirely accurate as there was a “clear strategy on Mark’s part to align himself with the labour movement in order to get gay politics, sexual liberation, HIV and Aids treatment on to the political agenda.”

In a society in which HIV and Aids were highly stigmatised, the research and resources were not being funnelled to where they were needed, and Thatcher’s government were making no amends to this. Mark’s awareness of this as a political issue and tactical activism helped to embed gay rights on the political agenda.

Indeed, in 1985 the Labour party conference, the block votes of the National Union of Mineworkers and its allies saw a motion to support equal rights for gay men and lesbians go down to the wire.

The plaque was fully crowdfunded and unveiled on what would have been Mark’s 57th birthday. Mike Jackson, a friend who led the funding page, stressed that, “Mark would have achieved so much more if he had not died so young.”

Raise a glass (and better still, buy a book or two).