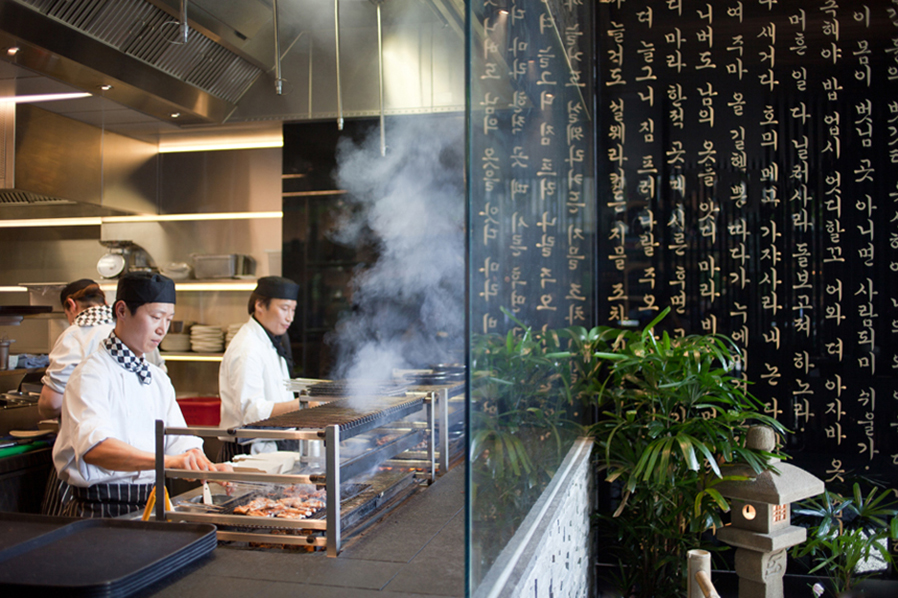 It’s been seemingly forever in the making – so long, in fact, that we feared they’d run out of dollar – but finally work on the second branch of this Holborn-based Korean restaurant has finished.

And yesterday it flung its doors wide on the now rather leafy Pancras Square.

Can’t picture the location? It’s right opposite the swanky new Google building, just a few doors up from Notes Coffee. And isn’t the square, with its springtime blossom, now quite fetching?

If you’ve been to the original, you’ll know that mighty tasty Korean BBQ is the staple, served from an open-plan kitchen, with lots of counter seating along the windows, communal benches and large shared tables.

Kimchee virgins should order must-have delights like dolsot bibimbap (a rice bowl topped with egg or meats), grilled marinated meats, superior pork belly and mixed namul. And it’s tapas-style so everything is shared.

All in all, another one to add to your KX bucket list.

This is box title
Kimchee is at 2 Pancras Square, N1C. Open daily until late