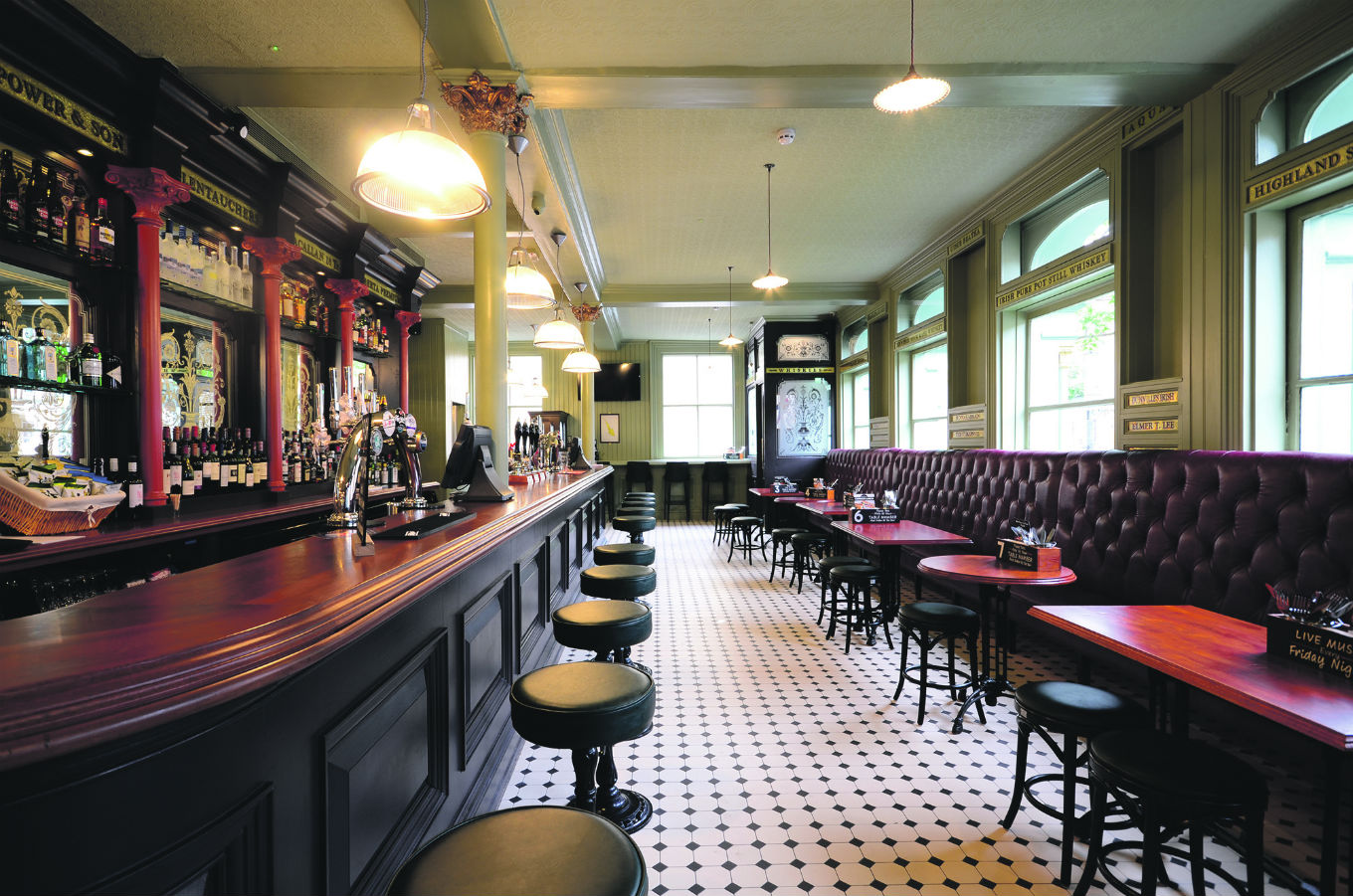 Dating back to the 19th Century, and located where Tufnell Park backwater Mercers Street meets Holloway Road – that still underrated thoroughfare – The Edward Lear is a much-needed meeting point for this part of N7.

The reference to the Victorian poet relates to the fact that he grew up not far from the pub, the first to take his name.

Originally known as the Half Moon, the building was later renamed Burke & Sons before opening as The Quays in 2001 – a popular place for the Irish community for 15 years.

And yet step inside now, post-refurb, and you wonder how this pub hasn’t been snapped up before by one of London’s many aspirational pub groups. There’s a typically period bar area at the front, but behind is the secret gem: a large atrium-style dining room with glass roof, mezzanine – almost chapel-like – seating area, and two rooms upstairs, with nooks and crannies aplenty, and big windows overlooking a surprisingly pleasant stretch of Holloway Road.

And repeat after me: it’s not a gastropub – insist the owners – although there’s naturally a focus on “classic pub dishes” such as burgers, ribs, fish and chips, or pie and mash.

On a Tuesday lunchtime, we take a seat in the high-ceilinged dining room. It’s such a big building that even when, like today, a fair few drinkers and diners are scattered throughout, it feels quiet.

We opt for holiday-friendly tender crispy squid (£5.50), along with a small, rich salad of goat’s cheese, balsamic beetroot puree, spinach and walnuts (£6.95). It’s all pleasant enough, washed down with a glass of Cotes De Provence.

The mains are competent, too: rib-eye (£19.95) is matured for 28 days and is served just over the requested rare, but its crust is pleasingly carbonised and the meat has real flavour.

We wouldn’t necessarily order a salmon main, but here its skin is blackened and balanced on crushed roasted new potatoes, which pack more punch on the tongue than they rightly should. An Asian twist comes in the form of pineapple and ginger salsa. The only downside is its unsual price – £15.45 (why the .45?) – for a plate that should be a couple of quid cheaper. At least that’s what we reckon.

But discussing the pub’s a la carte menu is only the half of it – this community hangout is as much a wet kinda joint as dry. So if you’re exploring N7 on a sleepy summer’s afternoon, grab yourself a pint of something local and consider the quiz nights, good value lunch offers (£7.50 including a drink, or £10.50 for two courses), as well as the deals running through the week (two-for-one on Mondays).

And if you want a cheap midweek treat, who can argue with fish and chips for two, with wine, for £25? Edward Lear, open daily, 471 Holloway Road N7

Run by a collective, who find disused pubs and “throw a great party” for however long they have the space, this latest project is the former 12 Bar Club on Holloway Road. They’re all about quality beer, streetfood “and bands that blow your mind, or your socks off” – and they major on a different local brewery each month. Tottenham’s Beavertown have just finished a run, and five Bermondsey breweries are on right now. 203 Holloway Road N7

Burger Bear opened its first branch up on Stoke Newington High Street and pretty much does what it says on the tin – craft beer, juicily medium-rare patties (with cute names like Koala Bear and Angry Bear), and well-sourced ingredients. With successful branches both in Peckham and N16 they’re now taking over the Horatia pub opposite the churchyard to feed all those hungry Arsenal fans before the match. 98-102 Holloway Road N7

This is Holloway Road’s hottest newbie. The pizza bases are 48-hour slow fermented doughs, and there are four options to choose from, including a vegetable charcoal black base. An open kitchen dishes up classics as well as white pizzas: toppings include pecorino cheese, truffle honey, asparagus, spicy orange sauce and toasted almonds. Cocktails are typically Italian spritzes and negroni variations. 157 Holloway Road N7