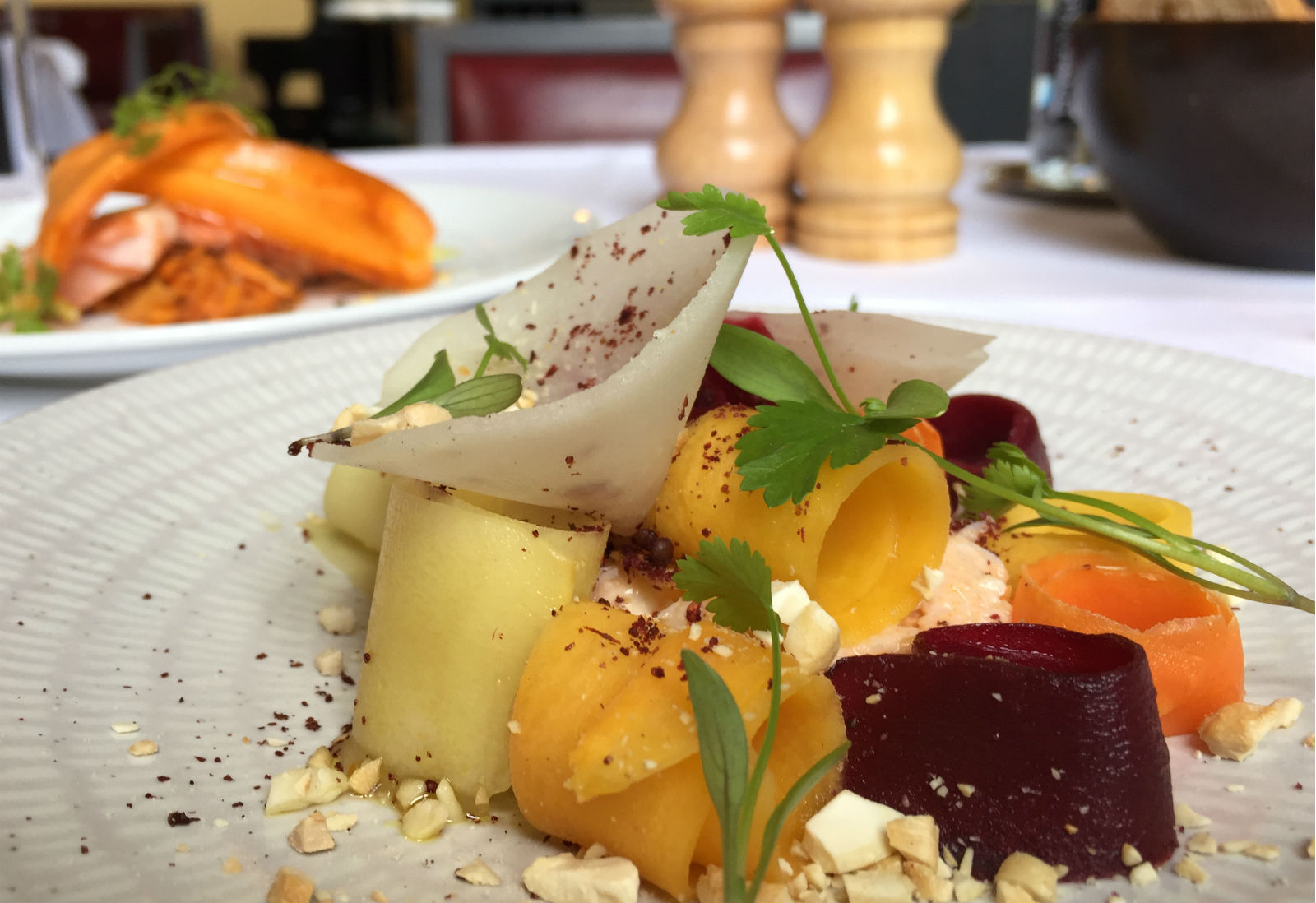 The Gilbert Scott: which menu is best?

Worried you'll miss out if you opt for a cheaper lunch menu? We roadtest one against the pricier à la carte

The decision to choose a good-value seasonal menu is a wise one: in a city that’s as expensive as London, it can shave dozens of much-needed pounds off a bill. And with so much competition about, there are some real deals out there, from, say, the hip Oldroyd in Islington to Dabbous in Fitzrovia and Skye Gyngell’s Spring at Somerset House.

But how does such an offer compare with a restaurant’s flagship à la carte? We were curious to compare them course by course; and so it is that we find ourselves in the most glamorous dining room in King’s Cross. Architecturally-speaking, there’s very little to match it anywhere in north London.

Gilbert Scott was the lucky bugger who, in 1866, won the competition to design the 150-bed Midland Grand Hotel, which finally opened in 1873 alongside the new St Pancras terminus. And the eponymous restaurant was once the station’s coffee house, the original pillars of gleaming polished limestone still lining its walls.

This sense of history is tangible as we take a seat in the room, with its hushed grandeur, and formal (but actually friendly) service. It’s all very classical in the grand European tradition: oil paintings of stormy seas, banquettes, penguin waiters. And the Marcus Wareing-devised menu could be called heritage British, like that at the acclaimed Dinner by Heston Blumenthal.

As we chew on some moreish fennel bread, it’s apparent that at first glance the two menus read quite differently. The lunchtime set menu, at £29 for three courses, is solid value, but limited in choice and peppered with less than exciting sounding options: one starter comprises Jersey Royals with smoked cheese, another is a chicken and duck liver parfait with toasted brioche. Mains are things like risotto, sirloin, plaice.

We make our choices from each. Dorset crab (£11.50, à la carte), is a stunner: a textural treat, its mellow fishiness is balanced by crunchy cashew nuts, the citrus hit of coriander and spicy-sweetness of pickled carrots. And yet equally good is its set-menu counterpart: warm smoked trout, juicily rare with a spearmint-green chervil mousse and ultra-thin slices of (more) carrots. Never, in fact, has the root vegetable been so elevated. First round, then? Win-win.

Things continue well: an initially rather unctuous mound of seared red mullet, fleshy prawns, meaty chorizo and vivid yellow brandade (£24) improves with every bite – and is matched by the sommelier (see box below) with an Australian Marsanne whose acidity cuts through its richness admirably. On the cheaper menu, however, that familiar gastropub fave, a slow-cooked lamb shoulder, is tasty enough if not quite as memorable, despite being paired with nutty spelt, a rich gravy and pea broth.

So what have we learnt? That happily there’s not necessarily an overall winner when it comes to pitching menus of very different prices against each other; that it may be as much down to individual taste as budget. But for the sheen of good-value, we would suggest the set: just remember that any savings go out the window the minute you start ordering vino – especially by the glass.

If it’s a special occasion or you’re splashing out try the wine-matching selection (from £58 for five glasses). Our sommelier Joris Beijn was both knowledgeable and relaxed in his approach, enthusing about everything from English fizz (a Gusbourne Blanc de Noirs from the Kentish/West Sussex borders) to the hearty barbera produced by the first “urban” winery in London (LDN CRU), where grapes are transported in refrigerated trucks to West Brompton within 36 hours. Other highlights? A spot-on Cotes de Provence with trout, and aromatic Gewürztraminer with dessert.

The Gilbert Scott is open daily from 12-3pm and 530-11pm. The set menu is £29 for three courses and available at lunchtimes and between 530-630pm. St Pancras Renaissance Hotel, Euston Rd NW1