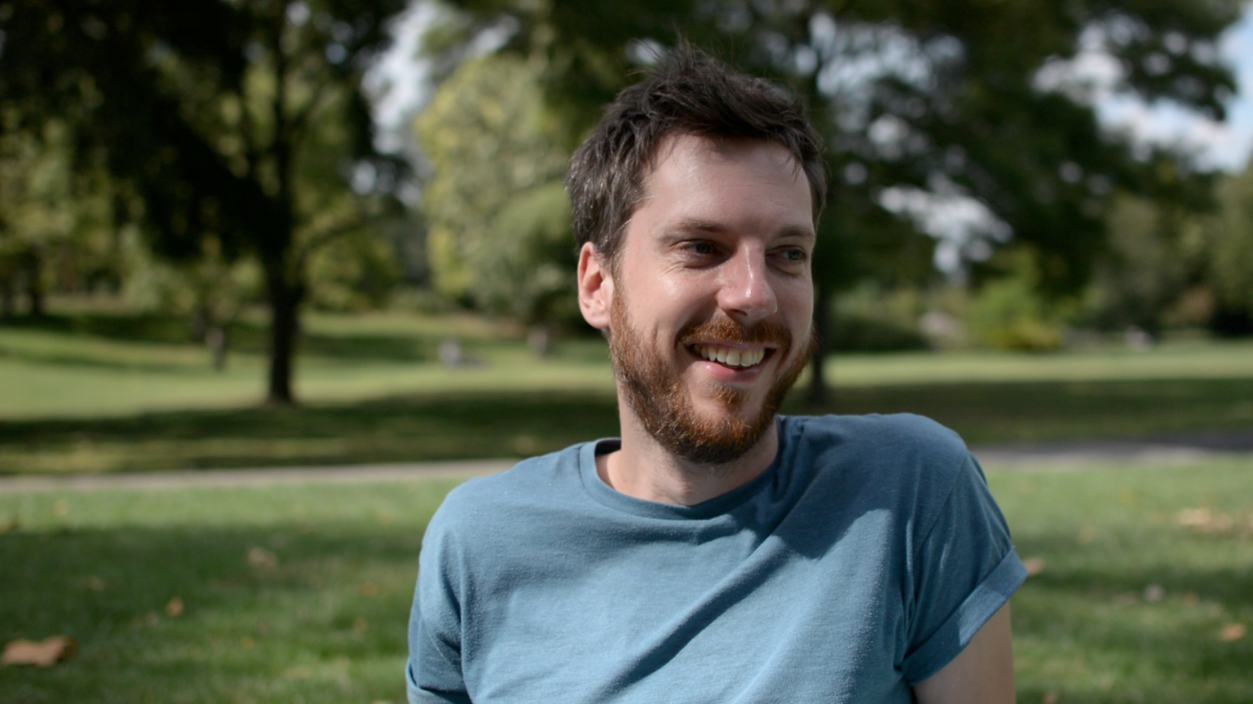 Guy's Guys follows the misadventures of a Londoner in search of the perfect man. Cameraman Lee Butterly gives us the lowdown

Looking back at how it all started, the genesis of Guy’s Guys was one of sheer serendipity.

Kes Baxter, our lead actor (who plays Guy), decided early last year that he wanted to make something to keep himself busy. After successfully working in Amsterdam for many years, he’d come to London to do a masters in screen acting at the Central School of Speech and Drama.

Although he’d landed a few bits of work, including lead role in an indie feature film, Dusky Paradise, he needed to practise his art – and hopefully increase his exposure.

Kes’ ex-boyfriend Joris van den Berg had created a successful web comedy called Meisjes van Thijs (Thijs and the Ladies_ which follows Thij’s bumbling attempts at chatting up and trying to date women. He and his old friend Kalki Aporos decided to do a gay-themed version, more relevant to Kes’ own life and potentially easier to find an audience. It also felt like an obvious gap in the market.

With permission from Blackframe, the production outfit behind the original, the pair got the go ahead, and as Kes’ boyfriend, I decided to join the team to do the camerawork and post production.

We set about translating some of our favourite original scripts from Meisjes van Thijs (all written by various people), trying to adapt them a little for London locations and situations. Our fundamental assumption was that there was no reason the stories wouldn’t work as well between man and man as they did between man and woman. Yet we changed certain aspects: the Halloween episode was a totally new script written specifically for us, and we added the housemate character to avoid having a completely female-free series.

Our first day of filming took place one Sunday in April 2015. We managed to record four episodes in one day, which was a bit of a slog. A couple were shot indoors, with exteriors in the streets around Kensal Green, and also the “Harry Balls” episode in Queen’s Park. We had a bit of a nightmare there as we were filming near the bandstand and midway through a group of musicians began playing with some very loud drum banging. It forced us to relocate to the other end of the park, but finding a similar bench and being clever with the camera angles, we managed to use footage from both locations. Hopefully nobody can tell.

Over several months we filmed more episodes and tried to get in some recognisable London locations, including the South Bank, Soho, London Fields, Vauxhall and the canal near Ladbroke Grove. The canal was a particularly tricky location – it was a Sunday morning so we thought it’d be quiet, but we were constantly confounded by runners and cyclists, as well as boats chugging along very slowly behind us, and a flock of very noisy geese playing in the canal.

We started releasing the 13 episodes online in September, and have been pleased with the positive response. Obviously we’d like lots more people to see it, but that’s a work in progress. We’ve started entering it into festivals, and are in the LA Webfest 2016, which is one of the biggest and longest running web festivals in the world.

Now we’re looking at what we’re going to do next with the series. It’d be fantastic to have some interest from one of the broadcasters. Meisjes van Thijs ended up being put out on Netherlands Comedy Central, and with BBC Three going iPlayer only and more varied content being commissioned specifically for online consumption, we feel our series has potential.

Our next steps, then? Making the episodes a little longer and going for a more mini-sitcom feel. A lot of the feedback has suggested people would like to get to know Guy better, so watch out: an intimate acquaintance with the character seems like a logical direction.

Follow Lee on @leebutterley. To watch the whole series head to here