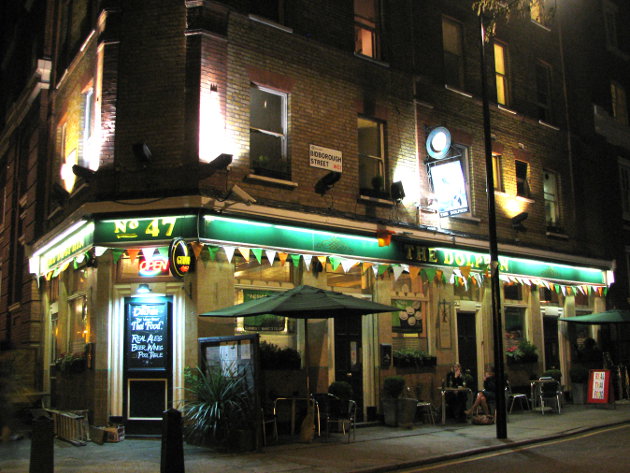 For the occasional, late-night reader of fiction, one way to judge the quality of the story is how often you find yourself swigging water in order to sober up properly and be able to focus on the action. Local journalist E.M. Davey’s first novel Foretold by Thunder consistently warded off any threats I had of a holiday hangover. I woke for three consecutive mornings having dreamt of MI6 cover-ups, Chinese spies, a pseudo-physicist, action in Istanbul, Rome, Ethiopia, Switzerland, being hunted by “the certified most lethal man in the British Army”, a fantastical twist in to the psychology of a leading Nazi, and most thrillingly of all, a low-speed canal-boat chase by the gasholders of King’s Cross.

A former reporter for the Islington Gazette, Davey treats his readers this time to a tour around the world and back thousands of years to the Etruscan civilisation of ancient Italy as our journalist anti-hero, Jake Wolsey, first stumbles upon some de-classified files on Winston Churchill that coincide with the unlikely death of an academic. Jake’s nose for a story and interest in the academic’s beautiful assistant plunges him in to a race for ‘the truth’ which sets him against the latest theories, and forces, of international realpolitik.

The only respite we, and Jake can get is through sinking pots and pints in The Dolphin, King’s Cross. Anyone familiar with the nooks and crannies of the area can urge him along, as Davey does for WC1’s Tonbridge Street what Bourne director Paul Greengrass did for Waterloo station.

Davey masterfully uses just enough historical fact to create a plausible foundation for our adventure, and as Jake is a booze-soaked journalist trying to make sense of the fantasy he’s uncovering, the story unfolds in a methodical, recorded way. However, the pace is unrelenting as Jake is driven on by mixtures of lust, fear, duty, and curiosity, with the action finally culminating in a duel where the forces of evil come up against evil, pitting sword against lightening bolt.

Davey has been commissioned to produce a sequel to this thoroughly enjoyable debut thriller. It’s hard to see how he will manage to weave any more elements of great action-adventures in to his next novel, but these are the types of stories that make reading fun and the follow-up book is something I’ll look forward to. Maybe over a pint in The Dolphin.

This is box title
The Dolphin pub is at 47 Tonbridge Street WC1, open daily, with a well-priced Thai food menu. Find out more about the author and his writing here