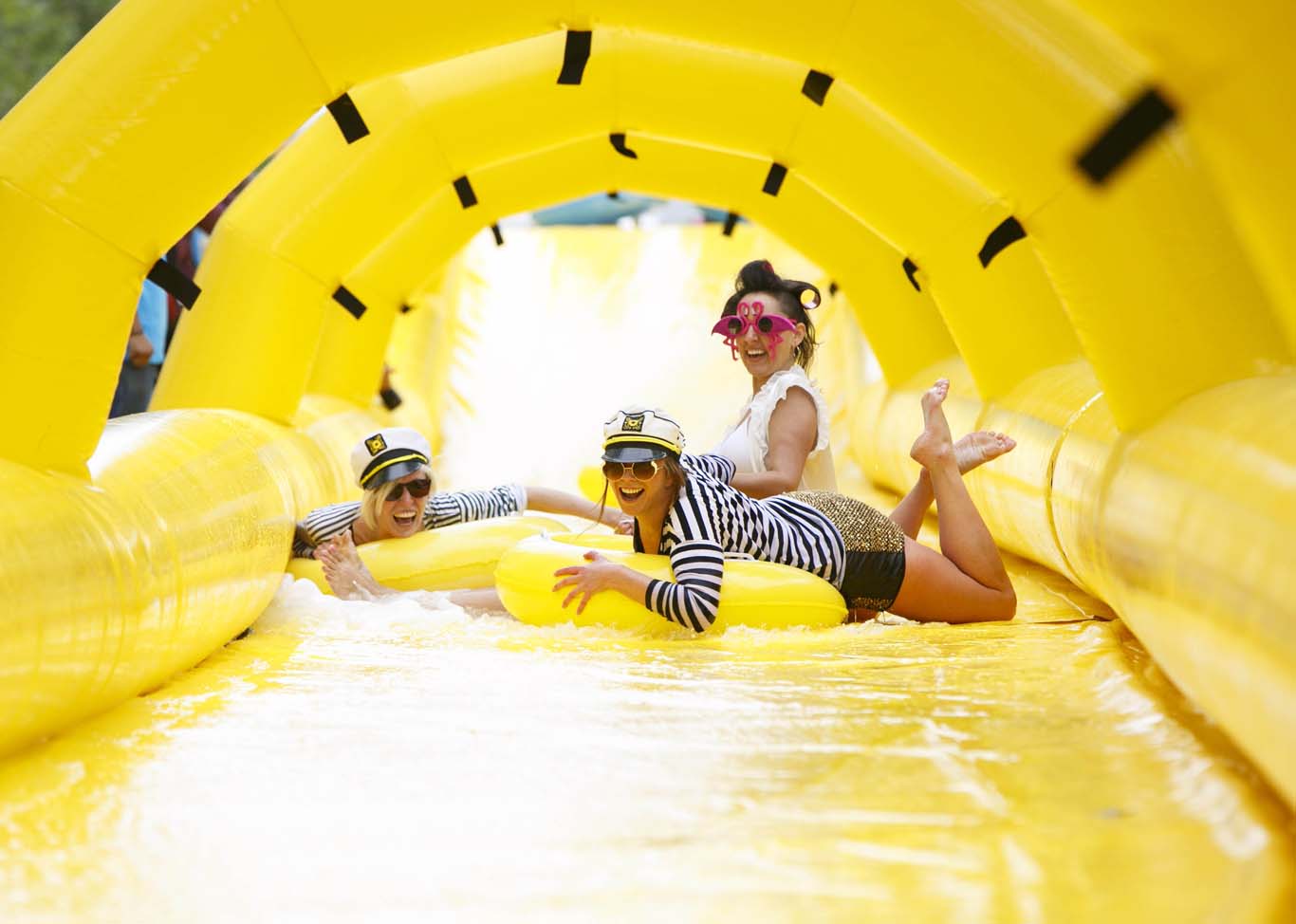 Not content with being able to swim in a freshwater pond set amongst the steel girders and reconstruction rubble in King’s Cross, today you can also jump down a giant street water slide.

We hit Lipton Ice Tea’s rather excellent #BeADayBreaker event first thing this morning, and summarily chucked ourselves down King’s Boulevard on an inflatable ring. Here’s our video showing what a slippery descent towards King’s Cross Station is actually like.

The trick, of course, is to get off to a really flying start. We saw a number of people (particularly those atop the comedy alligator) getting stuck half way. Our favourite moment of the morning though was the bloke who launched himself a little too vigorously, and burst his ring, collapsing in an explosive heap at the top.

The slide is running all day today and tomorrow. More details here. And despite all ride tickets having been dished out to luck winners earlier this week, if you do turn up and fancy a go, whisper nice words to the Lipton lot, and we reckon they might be able to make it happen.

They’ll even give you a towel and flip flops, since King’s Boulevard certainly ain’t no beach under bare feet, something else we learned this morning. Ouch.